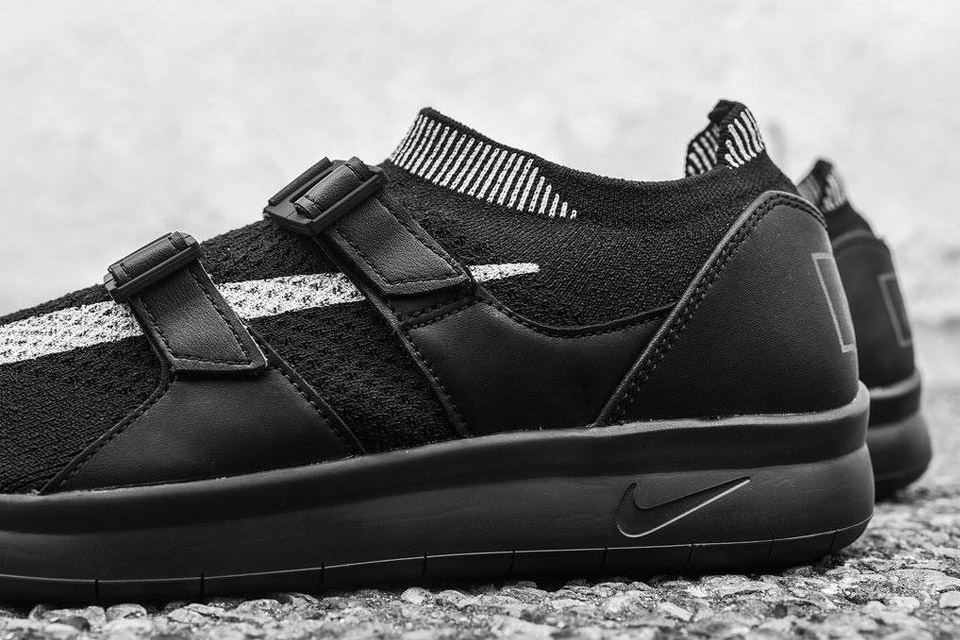 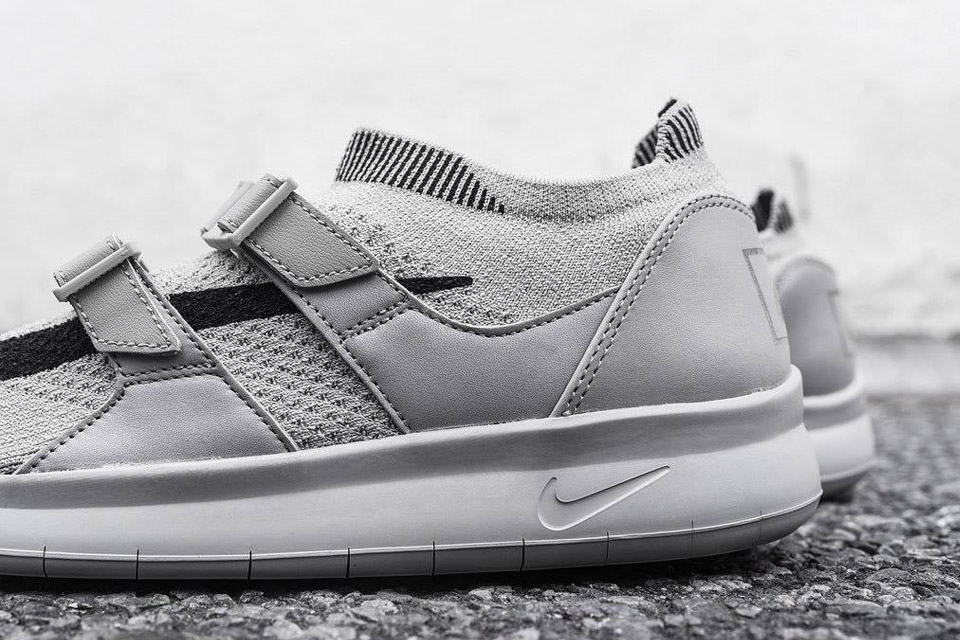 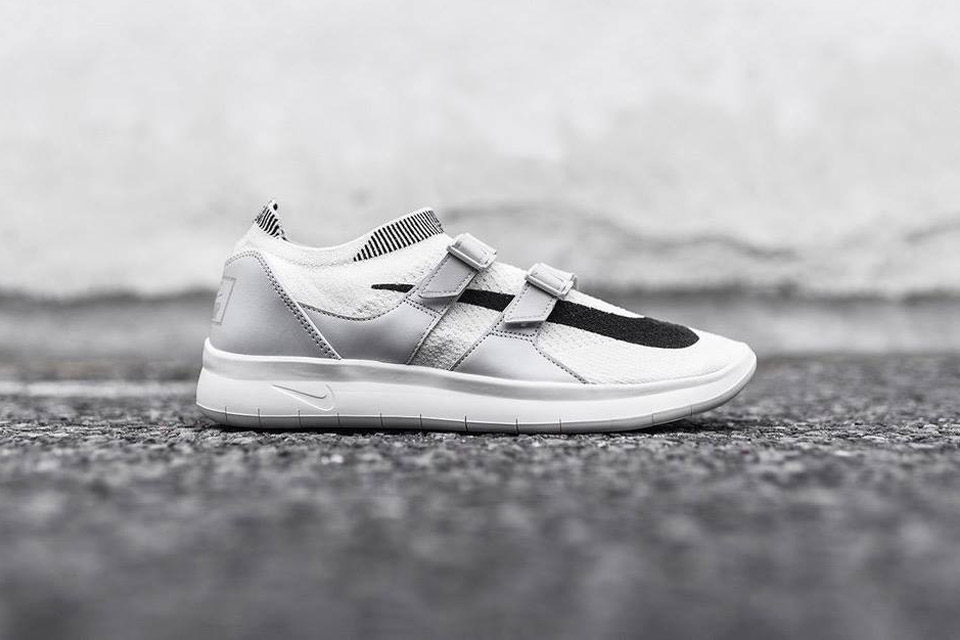 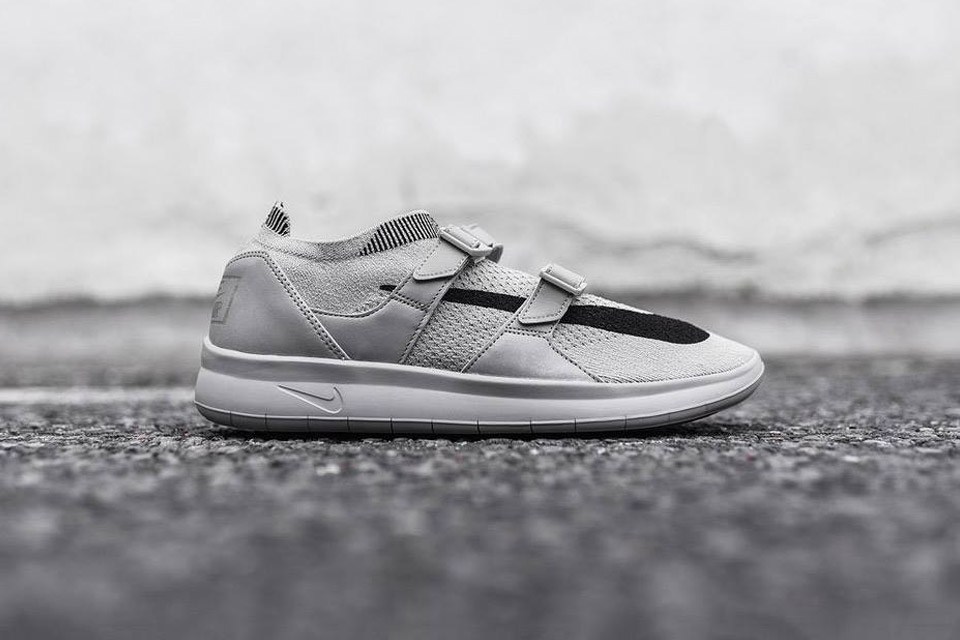 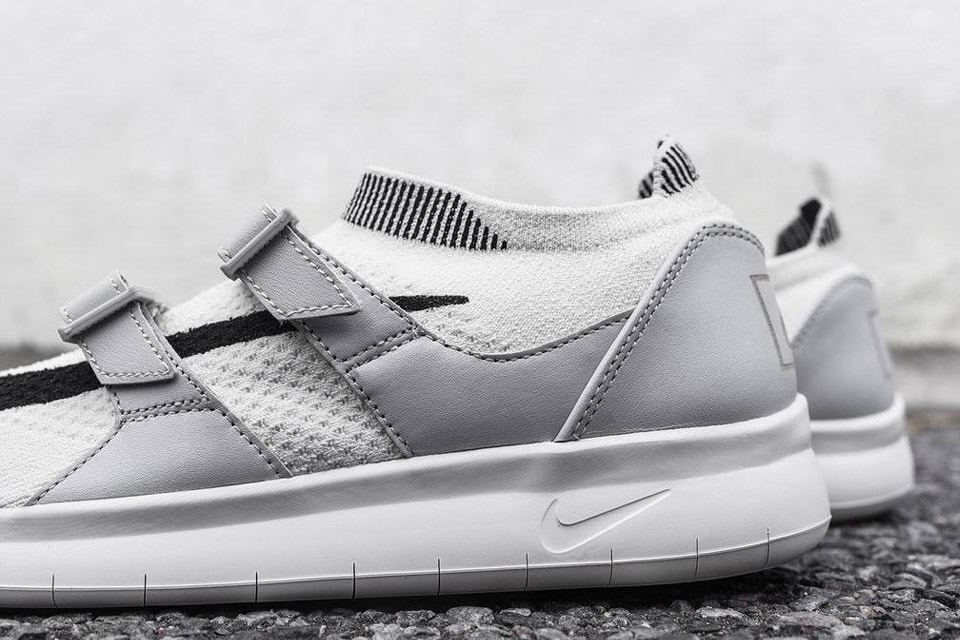 NikeLab have dropped their Flyknit Sock Racer. The trainer which was originally released in the 1980’s has been tweaked and updated over the years to give it a modern feel. This drop marks the second release of the silhouette. The first being 2014′s “Genealogy of Free” pack, which marked the 10-year anniversary of the Swoosh’s flexible sole tech and the use of free run material on Nike’s trainers.

The sock racer arrives in black, grey and white colourways & consists of a breathable Flyknit upper with a ribbed collar and leather straps with an oversized swoosh to finish off the look.

The trainer is priced at $140 and  is out on KITH and other Nike Sportswear stockists.

The Nike LunarCharge Gets a “Metallic Bronze” Makeover