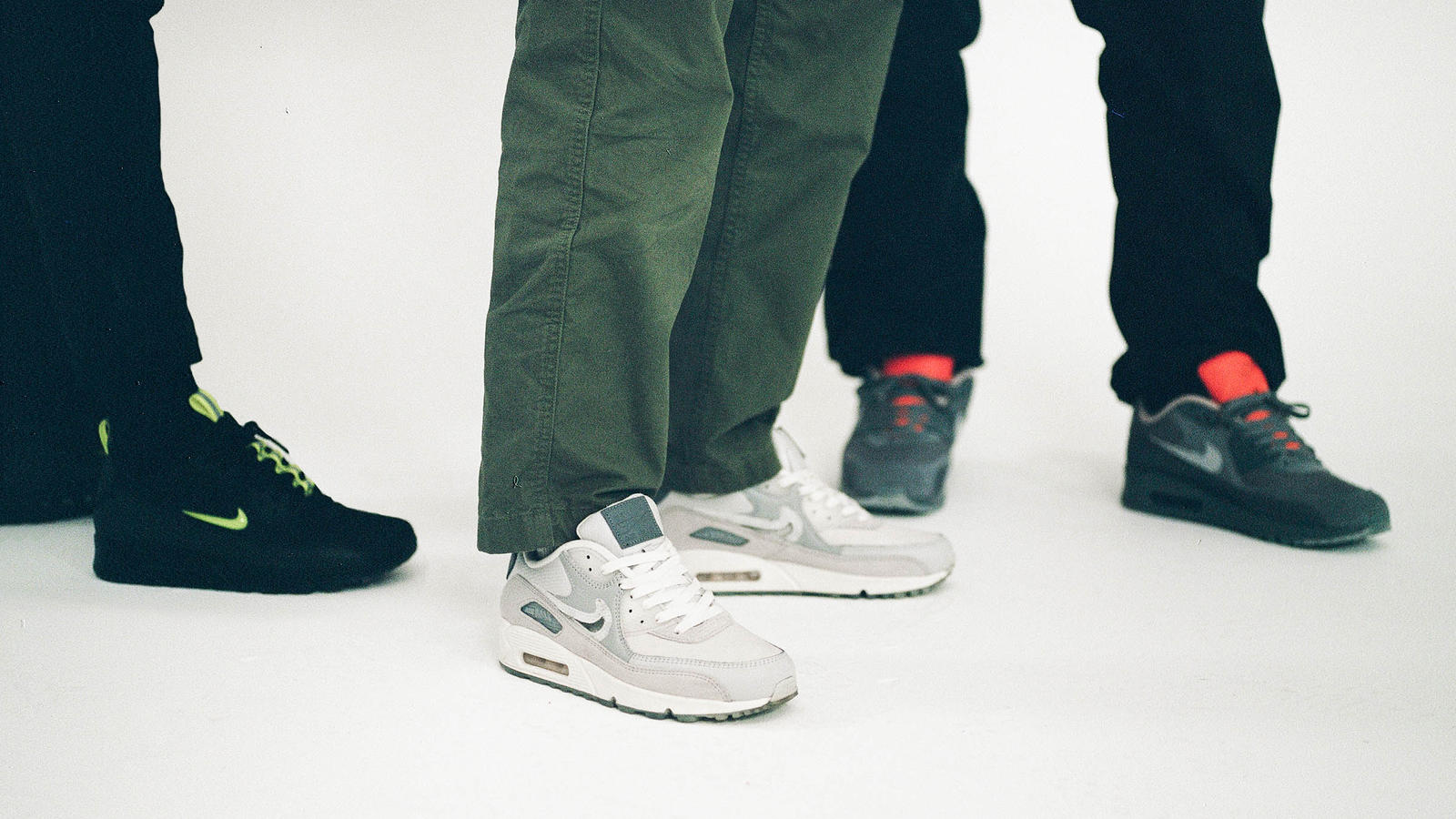 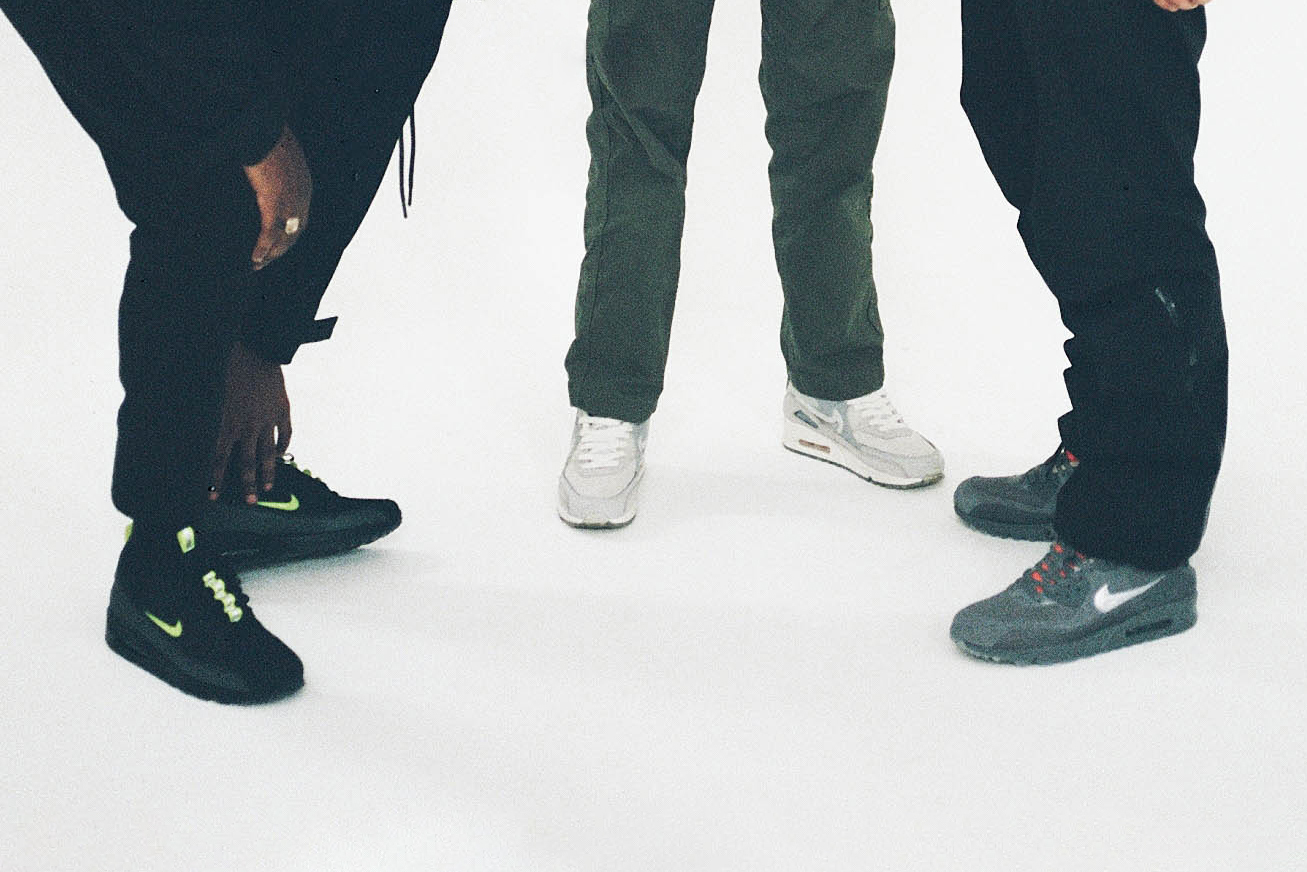 Nike have announced that they are releasing three new pairs of Air Max 90 trainers – The BSMNT Air Max 90 city pack.

This is the second part of a collaboration between Nike and The Basement, the first part of the collaboration produced the Nike Dunk Low BSMNT which was released in 2017. Nike chose to partner with the Basement collective for this project because they embody the essence of what the Air Max 90 city pack campaign is about – a collective spirit born from an enduring hustle and boundless energy.

The BSMNT Air Max 90 city pack is inspired by three UK cities – London, Manchester and Glasgow. Nike have teamed up with the Basement to cultivate the city pack, the Basement collected deep and meaningful insights from different communities within all three cities in order to feedback to Nike on what makes these cities tick and what best represents each city’s spirit.

Glasgow
Paying tribute to this rebellious, joyous, forward-thinking community, continuously evolving and defying expectations, this Air Max 90 has a base of water-resistant, deep gray materials and heavyweight ripstop. The plush leather safety orange tongue and retro-reflective Swoosh and heel tab are inspired by the iconic traffic cone placed upon the head of the Duke Of Wellington statue in Glasgow’s city center. The shoe releases October 5.

Manchester
The second BSMNT Air Max 90 release drops on October 12 and captures Manchester’s fearlessness. The shoe is wrapped in two densities of hard-wearing and water-resistant Cordura. The jewel Swoosh is the first of its kind on an Air Max 90. The webbing and pull-tab system add a level of technical functionality. The quarter panel running around the shoe is made up of black 3M, which increases visibility while maintaining the shoe’s stealthy aesthetic.

London
The final iteration BSMNT Air Max 90 launches on October 19. The shoe takes inspiration from the ever-evolving city of London and its restless, creative power. Five tones of gray in an array of premium materials create a harmonious balance that simultaneously reflects the human and architectural diversity of the city. The raw, natural midsole is finished with a clear outsole. A transparent, velcro-edged Swoosh can be augmented by a choice of four detachable Swooshes — Yellow 3M, Dark Gray Corduroy, White Patent or Pearlescent.

Each shoe will be sold exclusively at select retailers in the city it represents & on the SNEAKRS app.