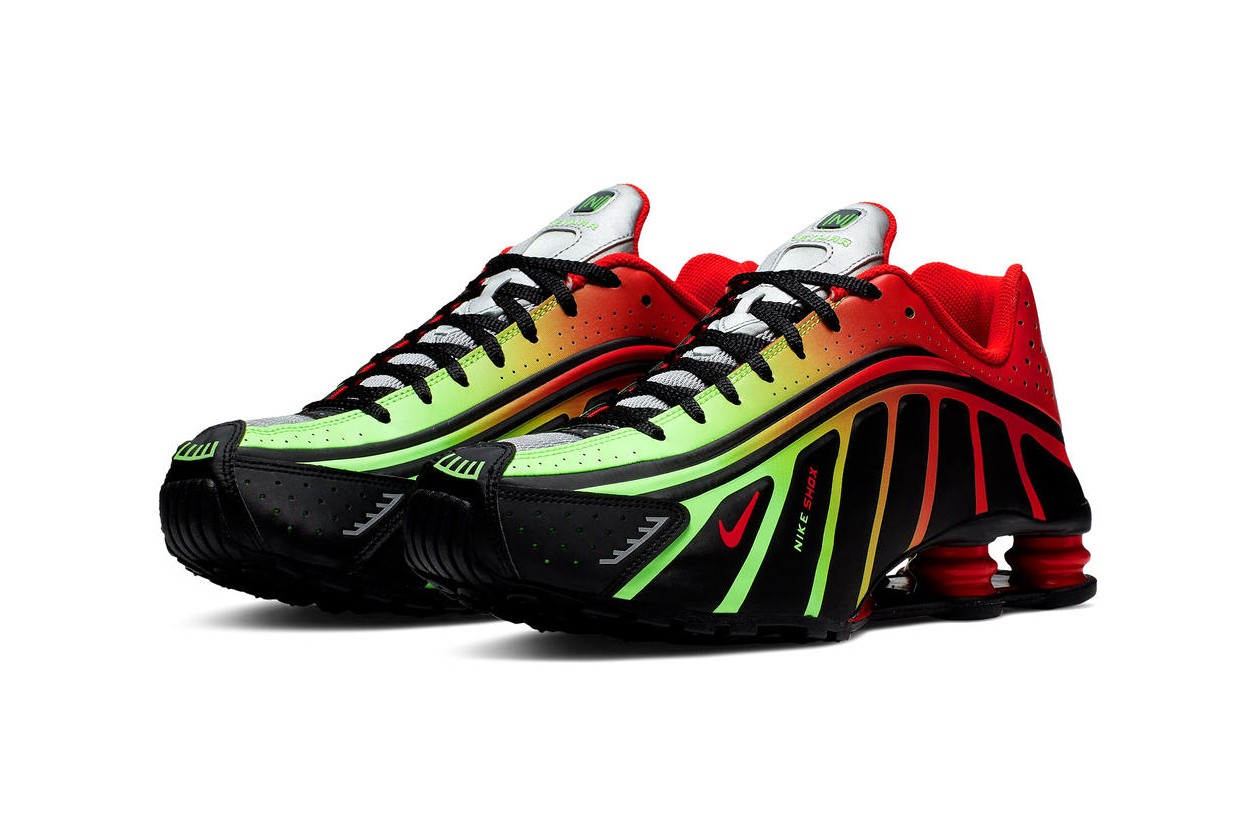 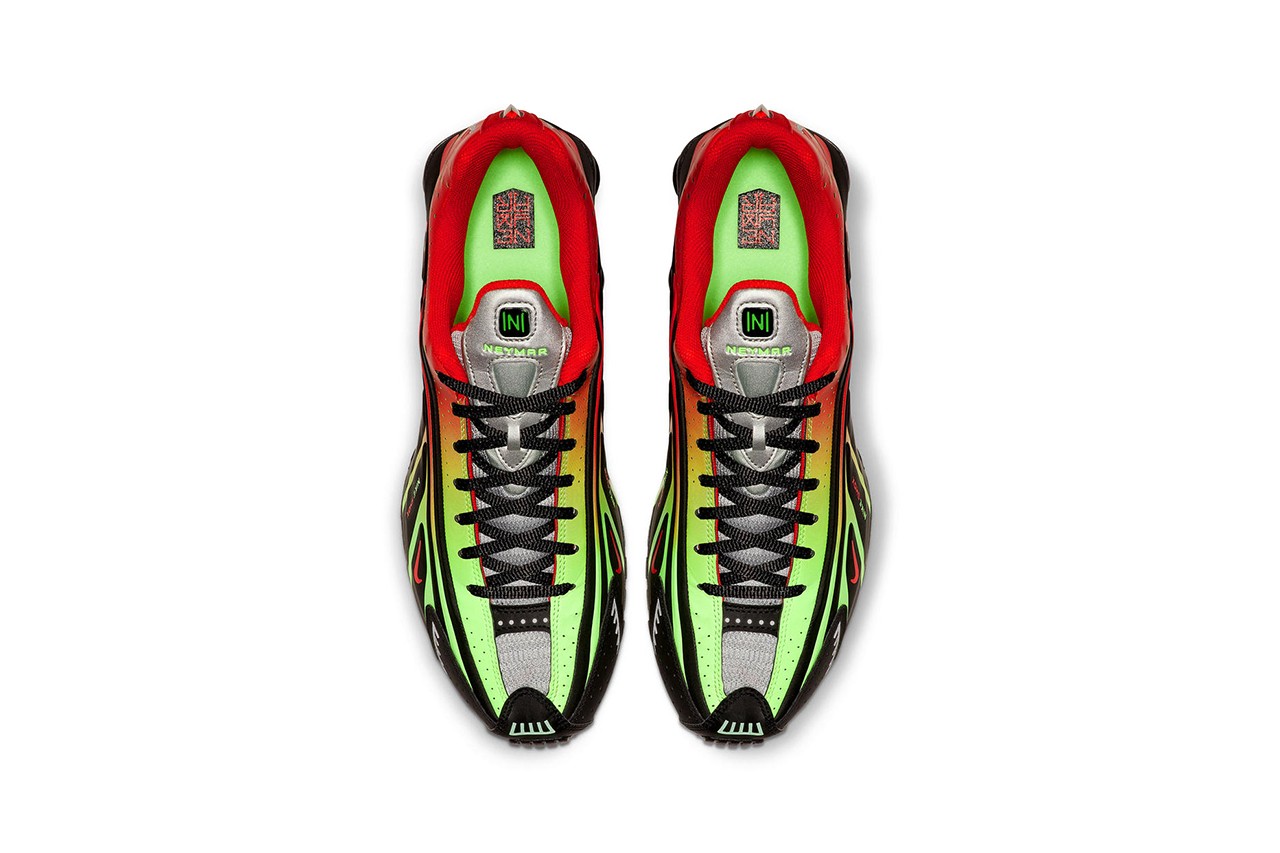 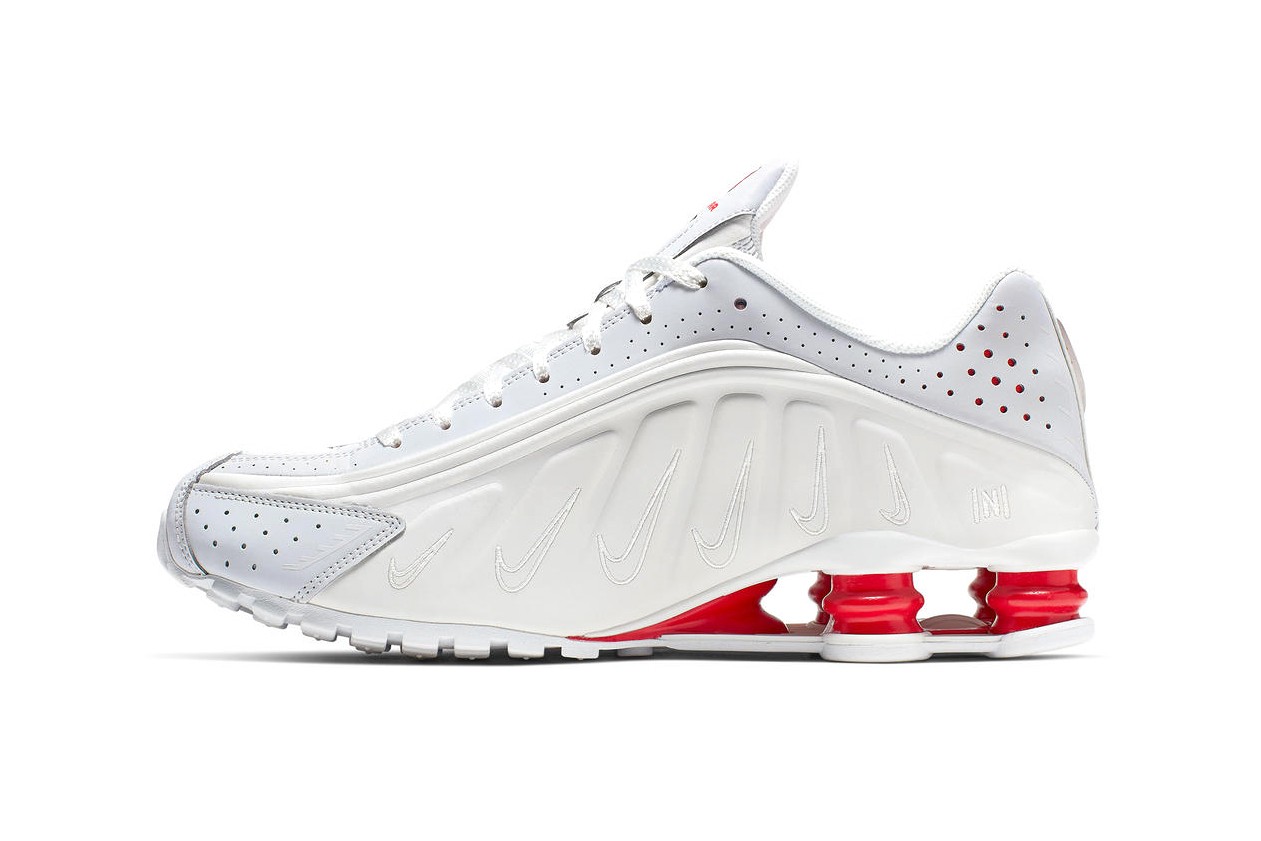 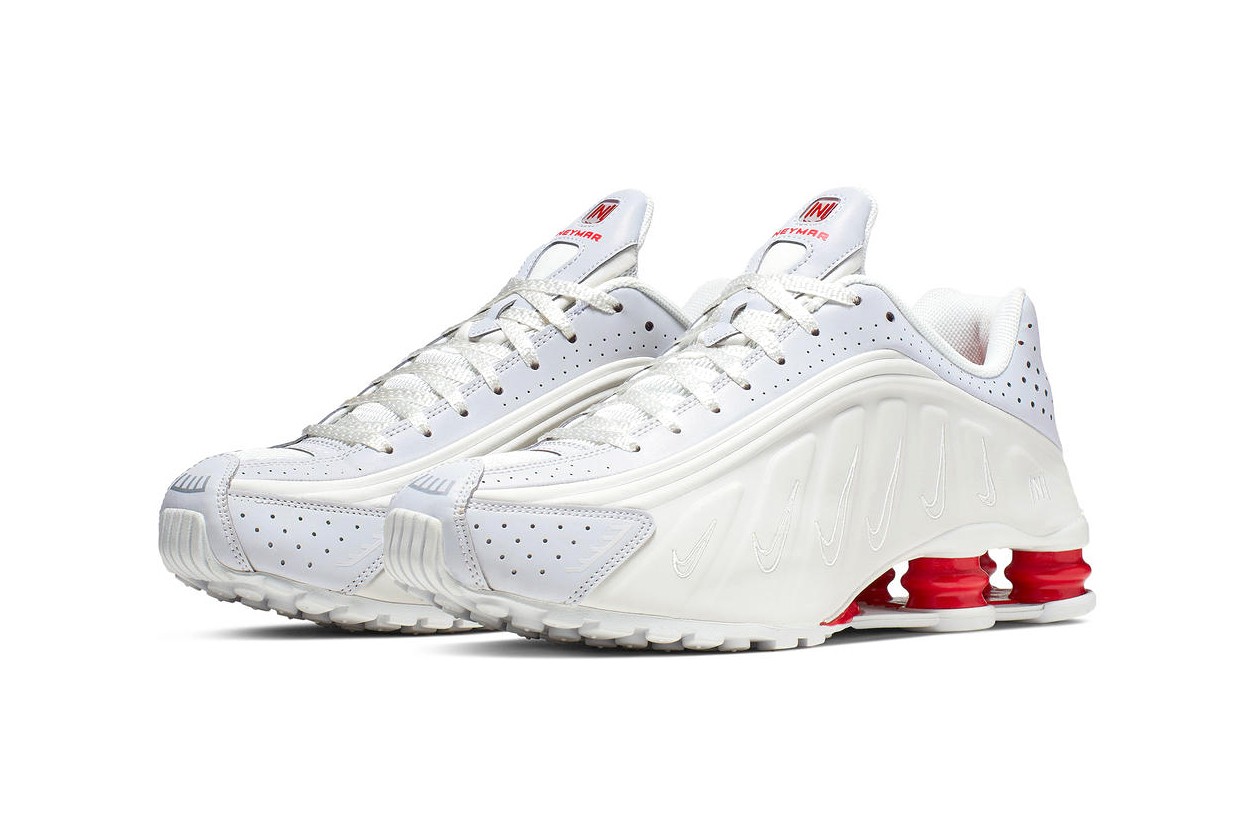 Nike has now officially revealed its upcoming Shox R4 collaboration with Neymar Jr. of Paris Saint-Germain. The sneaker is set to release in two colorways, for the first colorway, the Nike Shox R4 has been wrapped in a watermelon-inspired colorway, influenced by the buzzing markets of São Paulo during Neymar Jr.’s childhood in Brazil, while the second is more muted, with an off-white upper complete with metallic detailing and reflective touches and takes inspiration from the original colorway of the sneaker that arrived in 2000.

Both Neymar Jr. x Nike Shox R4 colorways are set to release via the Nike web store and select retailers on May 30.