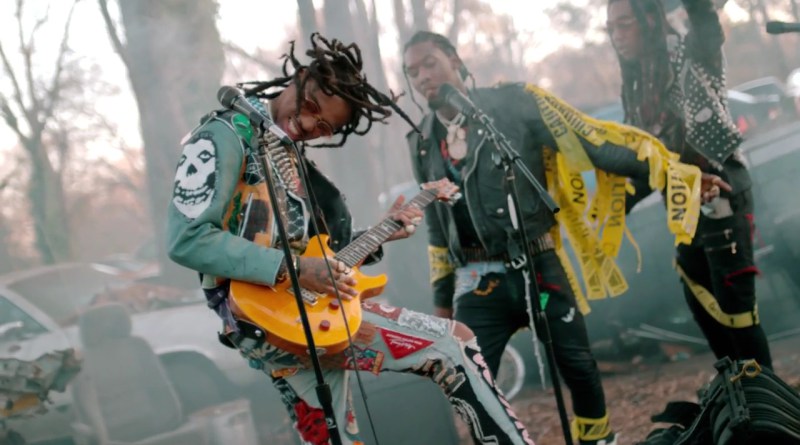 Migos started of 2017 by taking the world by storm with their smash hit album Culture, singles such as Bad & Boujee and T-Shirt helped the ATL rappers literally become part of the Culture. The cousins now return with visuals for What The Price?

Declared “The Black Beatles” by Donald Glover (Childish Gambino) in late 2016 it appears as though the trap rappers took the title to heart; the video sees the trio performing like rockstars in a forest, complete with electric guitars. No rock ‘n’ roll video is complete without an epic slow motion bar fight, which of course is present here.

2017 has already been a great year for the Migos with their album Culture being received positively as well as their single Bad & Boujee easily being one of the biggest if not the biggest song of 2017 so far despite being released the year before.