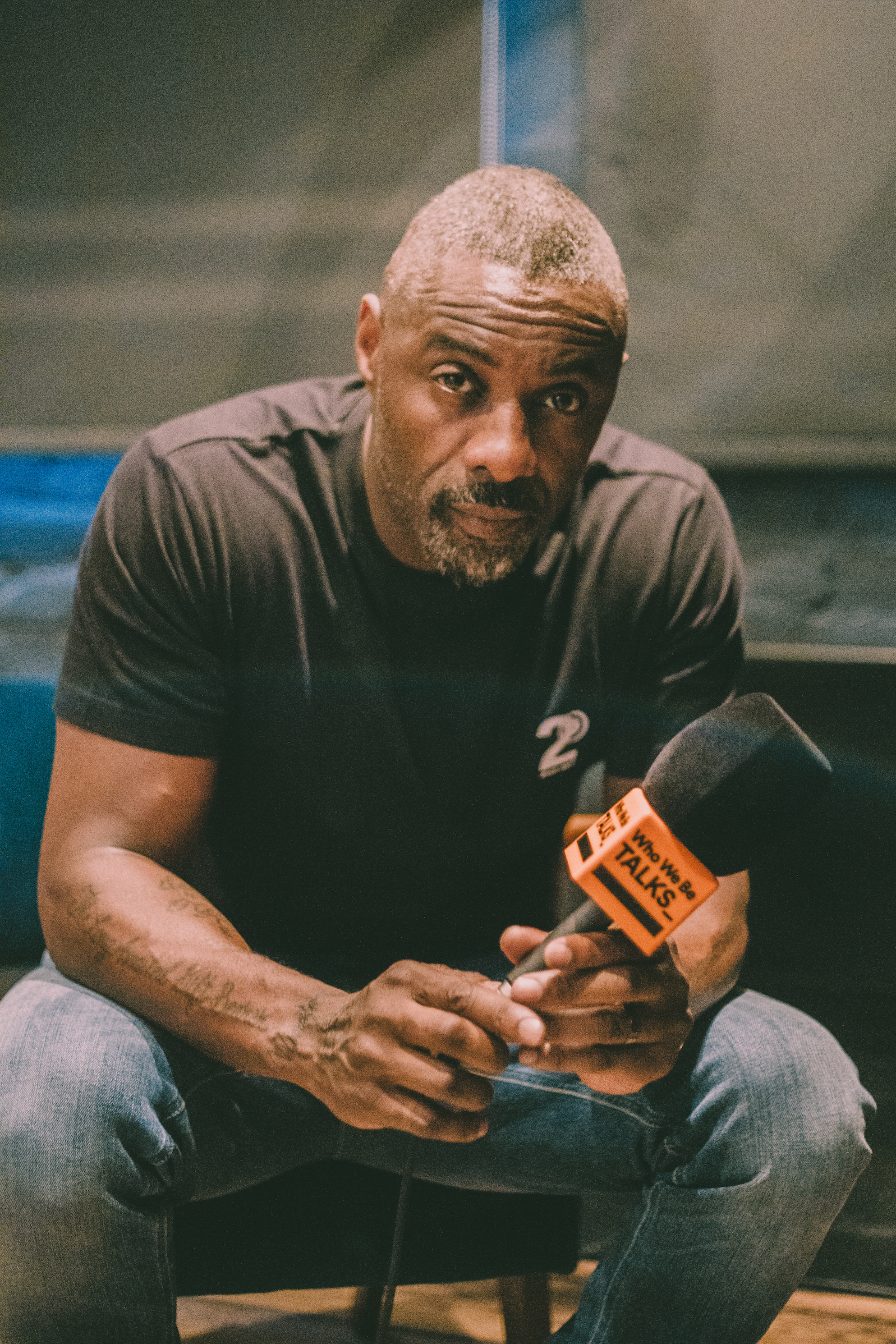 This week’s Spotify Original podcast, Who We Be TALKS_ may be one of the biggest episodes yet as it features the immensely talented actor, director, writer, DJ, curator, rapper and singer- Idris Elba.

Idris sits down with DJ Semtex to discuss his flawless transition to an international artist, working with some of the biggest artists in the world such as Jay Z, Skepta, Wiley, featuring in Stormzy’s Vossi Bop and his brand-new movie Fast & Furious Presents: Hobbs & Shaw

Discussing the new film and new role – Hobbs and Shaw

Stepping into that franchise first of all, you know probably one of the biggest most muscular franchises in the film industry, they are 8 pictures deep, but this is a deviation for them, it is their first spin off. And the Rock is undeniably the biggest movie stars in the world, Jason Statham is huge as well, and the two of them have chemistry which is celebrate in the film, but what they wanted to do is definitely elevate the bad guys scenario and elevate and complexify and make it you know, some texture. I came on board and I remember like Brixton, his name was Brix, an American character and remember saying to them, look we can do that, but there is something I can show you which we haven’t seen which is deeping into to that rude boy, bad man, who wants it kind of character, and they went yeah lets go for it. All the characteristic the stropes of the big bad guy, I was allowed to UK up.

Right now I am listening to Skeps new album, because it has been a long time coming, on the other side of the fence I am listening to logics new record at the same time. Some of the younger spitters like lowskey, I like what he as to say, Octavian, I like what they have to say, there is no favourite. There is mad sense of a lot of good people coming up and the work is great, like Stormzy is my boy and I love to see what he is doing, to him headlining Glastonbury, so there is something about that makes it my favourite moment in Hip Hop. Dav’se number 1 record/album an incredible spitter, young, and  his journey is incredible, so there is a favouritism to that, it is hard to pin point one and I am not being political, I know these guys. It is hard to say who is the best.

How the track Boasty came about and working with Wiley

If I am honest, that record for me, you now back in the day we would get an accapella and throw on an instrumental, and then chop up another accapella put it on and make it seem like the two  blended. That’s how I approached , if I am honest, I didn’t approach It, these are my bars and I am barring. I am just aware of how I want to hear it when it rocks in the club like rather than more bars, it is more about sonics. Toddler and me  worked on this, you know what I mean and Toddler is a G and he has that sonic, cuz he kind of hears how to construct what people are gonna like, so as much as I say, thank you for giving me all that love on that record. I can’t really talk about the bars, first of all, I am already conscience about rapping at my age, I feel overall conscience. It has been interesting taking it to America in Boston and New York, with a lot of Caribbean and Latin influence, and the tune is going off.

Wiley put out the tune for 6 months before it was him and Mucky and I hear the tune randomly and I was like what the? Because for me it takes me back to the pirate days, you know what I mean and hearing the godfather on it and it sounds different to what he would do so I loved it. It was an Instagram post and I said yo wiley if you do a remix let me know, this is my ting all day, you know what I mean. He called me out on it and said come on then, so then got the rhythm and jumped on it, but I really didn’t want to send him just that. I was like hold up, this is a remix, let me see, and I was just introduced to Steflondon and we were just calling and I said yo Stef, tell me what you think about this verse, and she was like what? Let me jump on it! She was like I just worked with Sean, Sean would merk this, can I send it to him? At this point I am gassed, I am like yes send it to Sean Paul and let’s see what happens there, and he called me out of nowhere on whatsapp, and was like yo big man, im going to record it next week. It is a dream come true if I am honest, from a DJ perspective.

Listen to all Spotify Original podcast, Who We Be TALKS_ here

Dwyn Duke Drops The “Can’t Have It All” E.P