GRM Live is back with another unmissable show featuring a line-up of some of the most talented performers in the scene. They’re taking over the legendary Fabric nightclub between 7pm – 11pm on Friday 22nd March.

Tickets to the show include re-entry to the Outlook Launch party which will be held at Fabric between 11pm – 6am!

Limited £15 early birds are on sale now, get yours from Resident Advisor, here. 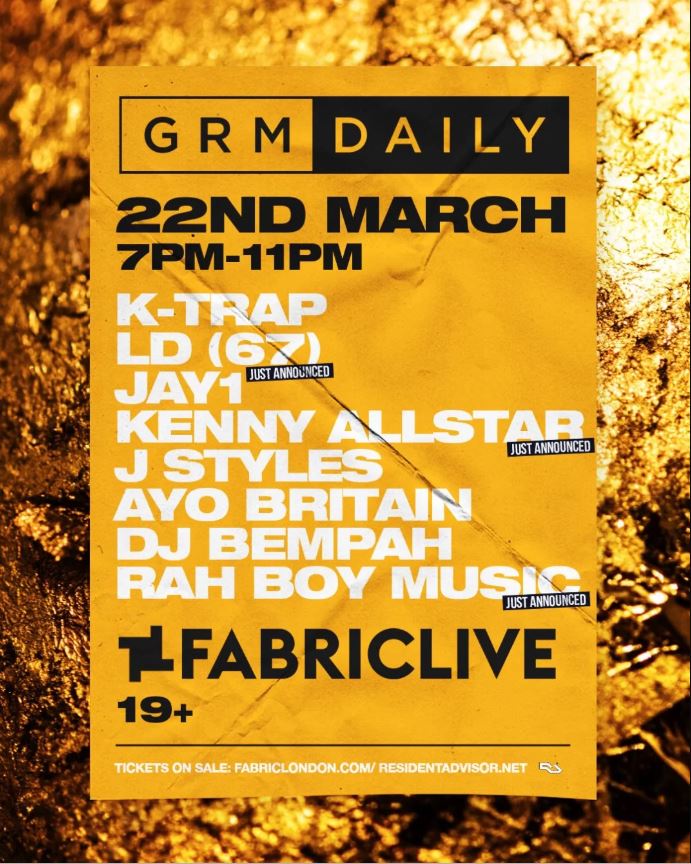 GANG SIGNS AND PRAYER IS OUT NOW!