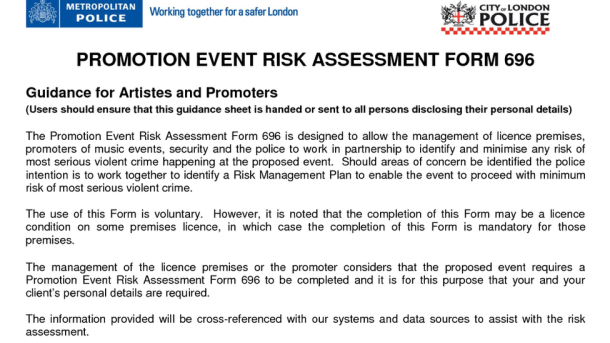 Here’s some good news perhaps, culture minister Matt Hancock has said that grime artists are being unfairly targeted by the Met Police through the use of their risk-assessment form. Form 696 as it’s dubbed is notorious because it forces promoters and venues putting on events to disclose the names and phone numbers of artists who will in attendance, this has led to accusations of racism in the past and it has caused controversy, suggesting that the police are racially profiling events because of the ethnicity of both artists and fans in attendance.

SN1 rapper Giggs is someone who knows all too well about the impact of this form as in 2010, he had a tour cancelled because of police advice. “They need to work with us. If they think there’s a threat then help us – put some police out there and work with us rather than just shutting us down”, Giggs said in an interview with Newsbeat last year. OGz member P Money is someone else who has experienced the hassle and the nuisance form 696 creates, talking to BBC News recently, he says “it’s been happening for so many years that now we kind of know, it’s just our scene. They [police] target grime a lot, they just blame a lot of things on grime.”

Despite enjoying a wave of positivity and support in recent times, grime is still fighting to shed its past. Tracks such as Lethal Bizzle’s hit song ‘Pow’ would get crowds at venues so raucous, the venues would get shut down. It’s a shame that the police still have this mentality that the genre is aggressive in nature and needs to be kept in check in order to mitigate against the risk of violence happening at these events now but in a letter sent to London’s mayor Sadiq Khan, Hancock writes that the form is “potentially stifling young artists”, damaging the UK’s bubbling music scene.

The Gov't is to look into a police form for gigs, over claims it's used in a racist way, #VictoriaLIVE learns
More https://t.co/Rbu1U2Sh3C pic.twitter.com/WRQf53D6vK

Form 696 is not a fresh issue, in 2014, Boy Better Know MC JME fronted a documentary called The Police vs Grime Music which talked about the form and the implications it had on London’s grime scene. The documentary came out shortly after JME had a Just Jam rave at the Barbican cancelled “following police advice” the day before the rave was meant to happen. The form may not be explicitly racist but the invasive nature of the form which includes questions asking about artists’ names, addresses, phone numbers and even asking about what the target audiences for these events will be is what upsets so many people. The police have courted controversy elsewhere too, last year, the police were accused of trying to ban bashment being played at a bar in Croydon and police forces outside of London have started to use the form with Leicestershire and Bedfordshire forces both asking for the genres of music being played at events.

The police have got a misunderstanding of the events that happen that play underground music. The live MCs performing with DJs and booming soundsystems which send fans into raptures perhaps is something that they are not akin with. Talk of public safety being at risk during these events largely seem over-to-top, it’s as if they’re waiting for something to go wrong so that they can punish the venues and promoters, a stifling action which does nothing but further antagonises them in the eyes of supporters of these underground genres, the rift between supporters and the police ever growing. 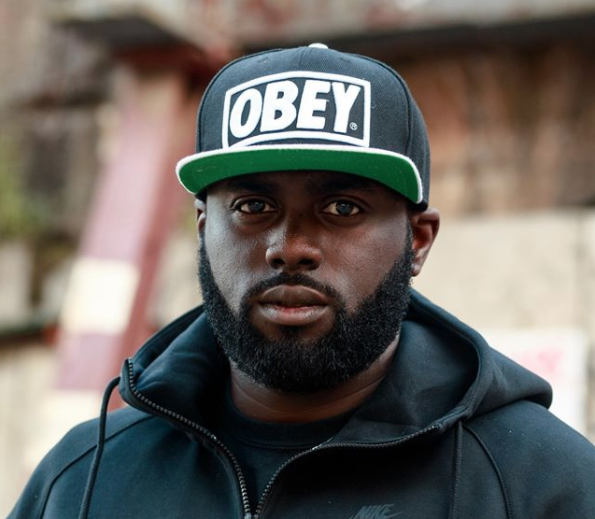 “We know they’re just trying to shut down grime, because if it was anything else they wouldn’t have this issue.” P Money thinks the police are targeting the genre.

Hancock also says in the letter sent to Khan “that genres of urban music like grime have the same significance for today’s young people as punk did in the 1970s, empowering them, creating a new generation of musical heroes and growing to become a worldwide phenomenon.” Grime’s anti-establishment nature is part of its appeal nowadays, hence why the likes of Skepta, Wiley, Dizzee Rascal and Kano have risen to the heights they are at now. This undeniable energy in the scene is indeed empowering, especially for younger fans who see these artists perfecting their craft as role-models. To see this energy being quashed by authorities and the police would have detrimental effects on the wider underground music scene and steer more music towards gentrification, watering down the essence of what makes listening to the likes grime, rap, hip-hop and more so exciting.

It’s obvious now that if the form is still to exist, it’s needs to ensure that it does not prejudice against particular genres. The more discrimination there is, the less likely UK music will appropriately represent the diversity within its scene. If that goal cannot be reached, form 696 might as well be scrapped, thus taking away a barrier that has been in the way in artists’ eyes for much too long.