It feels like a lifetime has passed since Skepta first told us he was going to release his anticipated fourth studio album ‘Konnichiwa’. Skepta has dropped two crazy game changing singles ‘That’s Not Me’ and ‘Shutdown’, toured the world, become best friends with Drake and turned the whole UK Music Industry on its head. Now before we get into sharing our thoughts on the project we share this advice: go to your chill spot slap those headphones in and really digest the meaning of Konnichiwa, Skepta has found his path on this project really connecting with the Genre and his Audience to deliver something special. 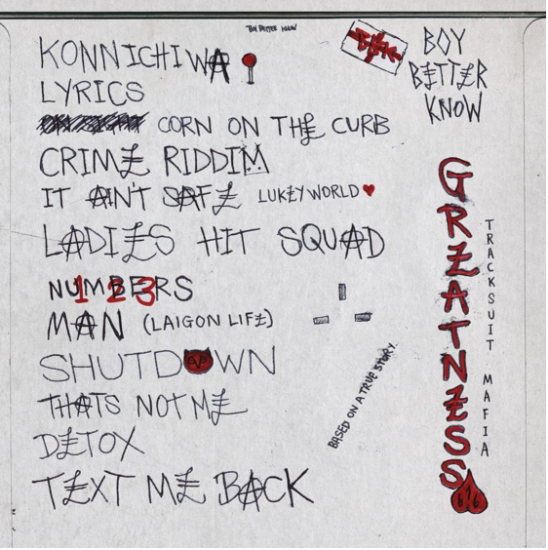 The Japanese influence in Skepta’s project doesn’t stop at the title, in track one self named as Konnichiwa we are treated to japanese instruments and a relaxing vibe with waterfall effects before the Bass arrives and we remember this is an Englishman baring his soul its never gonna stay peaceful.

Skepta runs us through his rollercoaster 2015 Musical journey, of success hardship and pain, wins challenges and losses reminding us that behind the turning up and the sold out shows theirs a life that is being lived a human that is experiencing new emotions and events every step of the way.

On “Lyrics” Skepta took it back to the old school using the Pay As You Go cartel (Flowdan, Wiley, Champagne Bubblee, Maxwell D) vs. Heartless Crew clash drawing back to the roots of Grime the clashing, competition, rawness and cleverl lyricism that make the Genre what is today show us that Skeppy is not here to claim the genre as his and change the feel of the music for a new audience but to embrace what he and his peers have done to make Grime grow he partners up with South Londoner Novelist on this one who takes off where Skepta finished, bringing the merky vibes. This track is definitely gonna get the Mosh Pits turned up at this years festivals.

Corn on the Curb is a slower tempo for the listeners where the Grime OG talks about Drake jumping on stage earlier this year at the Section Boys London Show and announcing that he is now a member of BBK. The track features the Eski King Himself Wiley who is on hook duty keeping it cold and skippy. 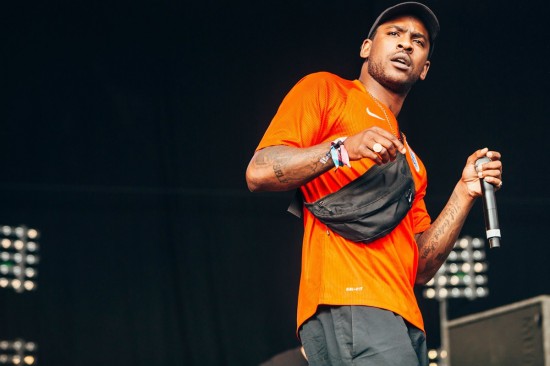 For anyone that has listened this far and asked the question “Wheres the Bars Bruv?” Skepta finds his lane on Crime Riddim and just sprays. The highlight of the track for us strangely enough is the skit at the end with some familiar sounding voices playing Call of Duty whilst having a beef with an American gamer using quotables like “Lock Arf” to belittle the guy who seems to take gaming so seriously that at one point he shouts:

As well as the new an Album will always be the home to previously released tracks that have been the highlight of the artists journey in between albums. So when we discovered 5 tracks that we had already heard and seen visuals for we weren’t upset rather we now could see the relevancy of those tracks more to Skepta’s journey as being surrounded by various tracks with differing themes gave the tracks context made you realise why he felt the way he did when he was working on those tracks. we have included ths videos below for any one that missed out on them.

“Text Me Back’ has a similar style to “Ladies Hit Squad’,  every album has to have something for the ladies, Skepta brings in the honesty and talks about his ideal vision of a girl that will be a part of his life and shows the women in his life including his Mum that he is well aware of their love and worries but wants them to know his mission is to be successful make his mandem eat and provide for family. Skepta has proved on singles like “Shutdown” and ‘Man’ that he has the cold vibes, to rock a crowd and make people lose their mind on a dance floor  on Konnichiwa he is proving that he also has the right mindset to become a complete Music Artist, meeting every need and expectation of his huge fanbase.

Pharrell x Skepta’s track “Numbers” is for us the biggest disappointment, an odd track that sees Pharrels screams and oldskool style not really keeping up with Skepta’s voice of the current generation and vibe. Pharrel’s verse sounds reminiscent of the work he did with Snoop Dogg on BUSH. Skepta saves the track though showing his huge diversity in range being able to switch to new genres and still kill it.

Even though we heard Drake’s reasons for not appearing on the Album during his interview with Zane Lowe we still held out hope that there might have been a bonus track or a surprise verse slipped in somewhere.

It may have been delayed for many months but Konnichiwa has come at the right time. It brings in all that Skepta has done for grime and gives us an insight to what the future holds. BoyBetterKnow Worldwide.