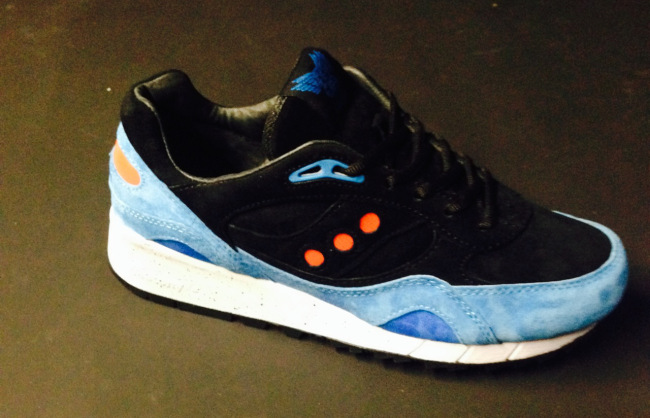 Saucony Originals are making waves in the UK sneaker game with a catalogue of exciting colourways and prominent marketing campaigns. The Saucony Shadow Saucony 6000’s are a Foot Patrol Exclusive, hence the name ‘Only in Soho’. The sneakers attracted quite a crowd at their launch at the Foot Patrol Store in Berwick Street London as well as a buzz on Twitter and Instagram. The classic running sneaker has a bright blue suede wrapping inspired by the neon lights that illuminate Soho with a top half in black suede which is a representation of Soho’s dark side. Red 3M reflective highlights represent the seedier happenings of the red light district and a splattered white midsole nods to the grimy streets. A prominent feature on these is the tongue that features a mash-up of the Footpatrol gas mask logo and the Saucony Originals logo. The ‘Shadow 6000 Only in Soho’ is set to release on 2 November 2013.

IS IT THE SHOES? SNEAKER FESTIVAL LAUNCH PARTY