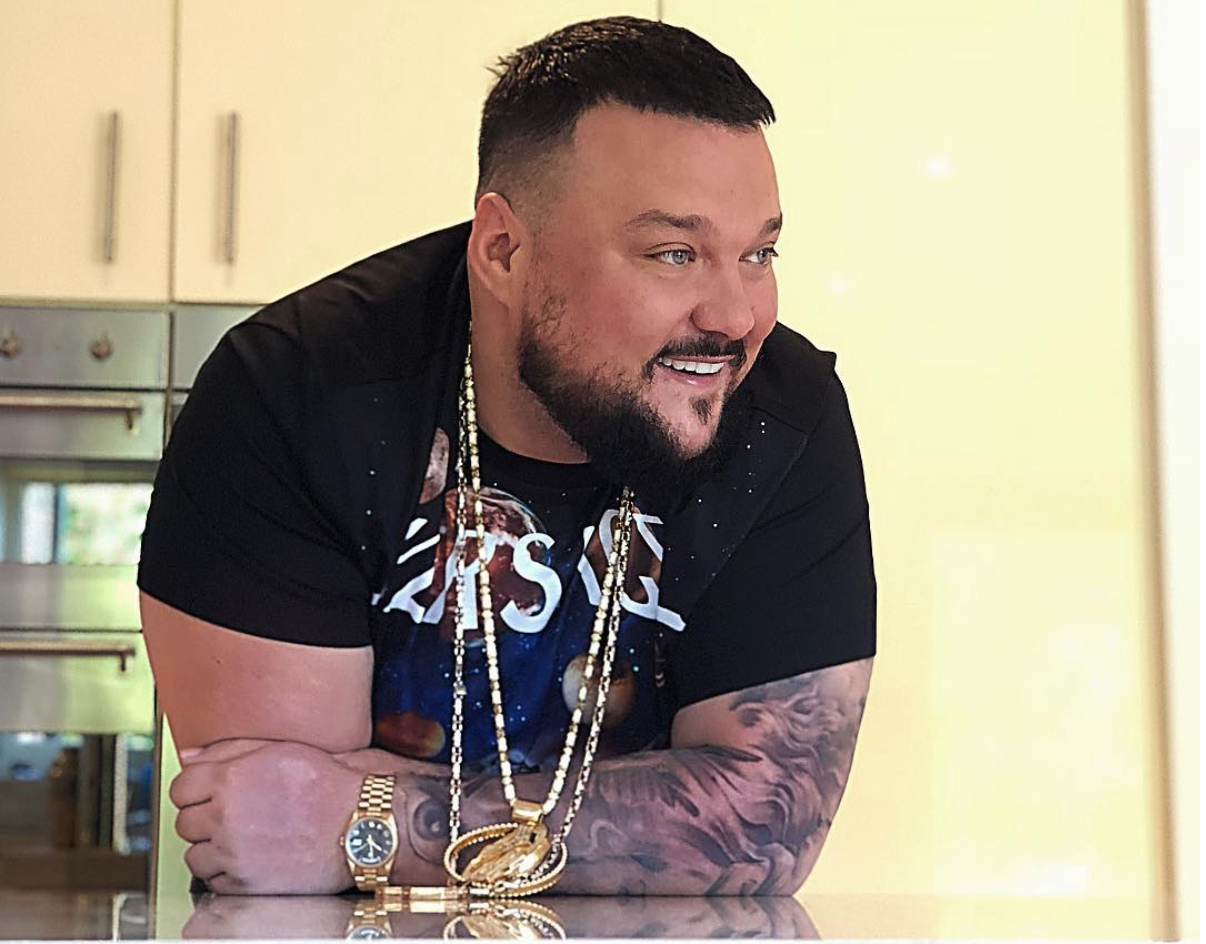 We sat down with BBC 1 Xtra DJ Charlie Sloth, the self-proclaimed people’s prince, the best-looking fat guy in the universe at the new opening of the Marble Arch Foot Locker Store. We got into his Record Label ‘Grimey Limey’, Getting Drake on his Fire in the Booth Show  The Drake Effect, His FITB, Grimey Limey record label & his love for sneakers.

Foot Locker has just opened their newest store in Marble Arch. We saw you earlier taking the first pics of the store. If you had to pick your 1 sneaker in the store what would that be?

This store is a madness you know, Foot Locker have taken it to a new level, everything is nicely spaced out, giving everyone some breathing space when deciding what crep to cop! It’s a tough one, I’d probably grab a few because I wouldn’t be able to decide. I’ve already picked one crep I didn’t even know released, the Jordan Gamma 11’s in Nubuck top, exclusive joints. I just grabbed them now.

We’ve been hearing you’ve got the UK’s largest sneaker collection but you haven’t shown anyone!

I think I have the worlds biggest. I wanna get paid. I’m not showing someone my collection for them to get paid from the views. When the time is right to show my collection. I want the bag for it, at the same time I don’t want to put my shit on blast like that, I like to keep it humble if you know, you know. I’ve converted an old barn into my own sneaker room. If you wanna see my crep, you gotta be prepared to drop the bag, I’m talking half a milli minimum!

Tell us a bit about your Grimey Limey record label.

As you know, I have always been in the music scene from way back, working with artists day in day out and being in the scene you pick up on things and learn different ways of doing things. I felt, as my rap career was finito and I had the support around me as well as the rapport with artists that it was the right time to start my record label ‘Grimey Limey’. My first artist was Bugzy Malone, I found him, thought that he was sick, got him on my Fire In The Booth, signed him & the rest is history.

I have quite a lot of artists on my label but I don’t want to say who, I like to keep that low key, people don’t even know some of the artists that are signed to me. It’s more powerful like that.

What is your favourite FITB?

To be honest with you, I don’t have a favourite. I know you’re going to say “You’ve done so many, you must have a favourite” but for me, the mood dictates what FITB I’m going to listen to. One day I might be on a mellow vibe and listen to Mic Righteous, then I might be gassed and I’ll play a Giggs FITB. If I wanna take in some knowledge I’ll play Akala. Each FITB provoke and cater to different emotions.

If you could get an artist that hasn’t been on FITB or have an artist back again – who would it be?

I’d love a Jay Z FITB. Can’t really think of anyone else I would love right now!

How did the Drake FITB happen?

I’ve been mates with Drake for years now. It was something that was meant to happen a few times before but something always came up. We spoke at the start of the year about doing it, finalised the dates in April and planned to record it in July when he was in London. I know the hype was mainly centred around the Link Up TV ‘Behind Barz’ freestyle as the mic circulated on social media a month before, however a big part of it was the surprise, only a handful of people knew he was going to drop this.

Can you confirm he’ll back for FITB 2?

Yeah, 100% I’m telling you guys now, top secret joints! He’s coming back in January 2019, this one is going to be another level I’m telling you, just be ready my guys.

What do you think attracted Drake to the UK?

Its the London x Toronto link. They have so many similarities in terms of lifestyle and culture that we have got, the slang, dress codes, the music we listen to, as well as the food that we eat. All of our influences are very similar to a lot of people from to heavily mess with the UK artists. K Koke was the first to go over there 8 years ago and tour Canada. It’s just a lot more relevant now and its fallen on everyone’s ears in 2018 than it did in 2010. The relationship can only get stronger and the movement can only get bigger.

What do you think of Drakes impact on the English music scene?

The impact he has had on British culture and music is huge, the way he has embraced it is different. There are a lot of worldwide artists that think its cool to dip in & out of British culture when it suits them, when they’ve got a record out, they want to secure a little more money so they do a UK concert or they’re trying to promote something.

The difference is Drake genuinely cares about it, its evident in the relationships he has with UK artists and the reception he receives from them and from the fans. He is here to show love not to make a quick dollar. We went out the other week for dinner, it wasn’t like “I’m Drake and you’re so and so” it was a casual sit down as friends, we cracked jokes, spoke about life and meaningful stuff which we can all relate to, none of this fake shit just so we put him on. The impact he has is very genuine and I feel next year the UK will have the first international rap star & he will of played a massive part in it.

Would you describe yourself as the UK’s DJ Khaled?

Haha Nah! people say that because I’m fat and I’ve got a beard!! I’ve always been dripping in sauce, even under the snapbacks and tracksuits. I’ve lost the hat because I gotta grow up, I’m trying to grow gracefully. I am Charlie Sloth, the people’s prince, the best-looking fat guy on the planet! just know that I’ve always got a fresh trim and fresh garms ready.

How do you feel knowing you’ve taken over Westwood as the number one radio presenter on 1Xtra?

You know, with anything there’s always going to be both positives and negatives to the situation. My aim is and always will be to the be the no1 DJ wherever I am. I am here to cater to my fans and give them what they want.

The aim when I signed to 1Xtra was to be the no1 and eclipse whoever was there, at the time Westwood who was the top dog. I said ‘Give me 5 years to do it’, I did it in three. At the start, it was a bit like I’m treading on toes but its a sport, every man for himself. We both sat down a few years back and had a deep conversation about it. I have respect for him, he set the blueprint for others to follow & here we are in 2018 and he’s still active as ever in the scene!

AFRO B GIFTS US WITH BRAND-NEW ALBUM ‘AFROWAVE 3’