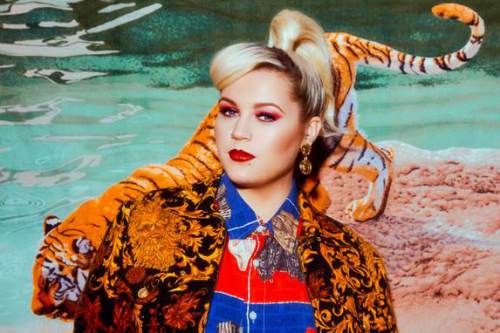 After singing with Chase & Status at Glastonbury, being nominated for Best Newcomer at last year’s MOBO awards, and having released her E.P entitled ‘Sober’, it is clear that 2014 is looking very promising for UK singer Elli Ingram. The budding, 20 year old Brummie has just released her video to “When It Was Dark”. With a slightly melancholic intro in a church, the video quickly shifts to an uplifting visual as the beautiful soul-beat drops. The hip hop influences are cleverly joined with church sermon samples, to complete the Ingram package.

She is often compared to Adele, in terms of singing abilities. However, Elli brings a unique hip hop inspired style to the UK Music scene. She sings with soul, depth and poise in a world where “edge” rules. Although her live performance in London is sold out, tickets for her performance at The Bermuda Triangle in Brighton on February 11th are still available!