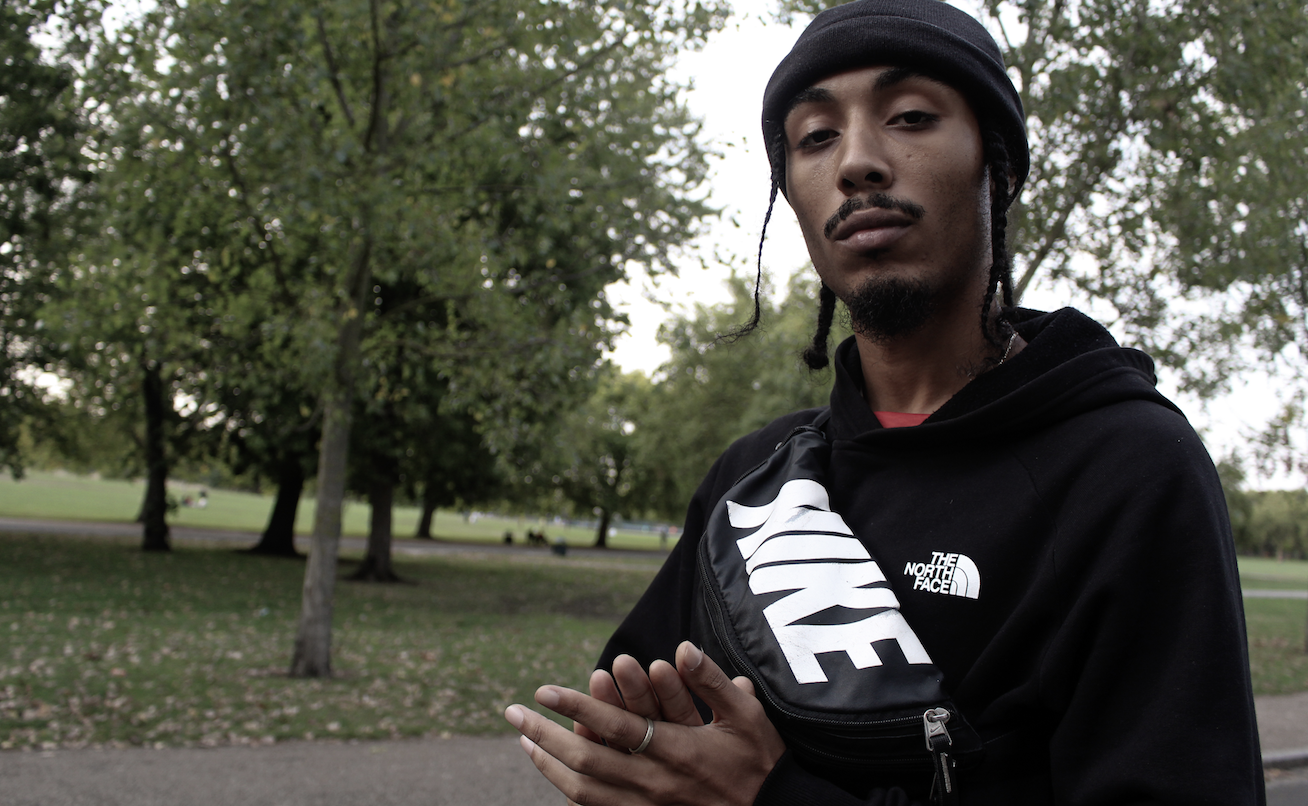 Recognised as one of the key players in the underground scene, we introduce rap artist Reece West as an exciting emcee to watch out for. With the recent release of ‘Walk on Water’ taken from his EP ‘Departure Lounge, the north London rap artist demonstrates his unique take on cinematic visuals, effortless flow, and creative style – which continues to set his music apart. West’ competitive and dynamic sound has been compared to the likes of grime mogul D Double E as he continues to pay homage to his hometown and deliver lyrical complexity.

Firstly, how would you describe your sound?

It’s kind of hard to say because I find it hard to compare my sound to another sound. I feel like I make myself, what I like to listen to – it could have elements of trap or grime in it. If I had to put it into a genre, it would be the brother of grime and the cousin of trap.

You recently released your music video for Walk on Water which was filmed in Barcelona, what was that like?

That was my first time being in Barcelona! I was booked in to do a little show over there. It’s a crazy story – I actually planned a music video over there, so I flew out with my director but it was for a completely different song. The first night I touched down in Barcelona I dropped my bags off at the hotel and had a studio booked for that night. I went through and there were load of Spanish people there playing me their instrumentals and I just heard the beat for Walk on Water (I was like what the -) and wrote the lyrics there, recorded it that night, phoned up, SK my videographer, and we filmed it the next day.

Walk on Water was premiered on RedBull Music. How does it feel to get that kind of exposure?

It’s crazy humbling, because say for example, no matter where I am in the world – if you go into a shop you can see a Redbull can in there. To be working with them is a blessing.

We saw you visited Turkey, are we expecting more new visuals?

Absolutely. Shout out Istanbul (that was lovely!)

When did you start making music?

Roughly about 3 years ago. I didn’t know much about the industry. My first manager showed me the ropes a lot, I’m grateful for them so I’m learning as I go. I didn’t come in knowing somebody and I didn’t have any music previous to that really. I never once said I wanted to be a rapper when I was younger – I wanted to be a footballer.

A lot of your music references football. “I won’t leave like Arsene Wenger,” were you #WengerOut?

Definitely. He’s like my grandad but I just wanted him out. We needed a fresh start, it was getting stale!

Can you tell me a little bit more about your EP, 3D?

What’s your personal favourite track of the EP?

In between, ‘When Will I Learn ‘and’ Intro’. I like the Intro track because it was a really spontaneous vibe when I made that in the studio, so I’ve got a bit of an emotional attachment to it.

How do you feel being compared to D Double E?

Very humbling! I was at Eskimo Dance not long ago watching him live. He’s like my favourite MC ever.

What kind of music did you grow up listening to?

My mum had a big influence, so a lot of old school RnB and garage. My uncles showed me the garage MCs. I guess a mixture of a lot of stuff.

What would you say inspires your sound today?

I feel like travelling inspires me a lot. I like to travel as much as possible – it gives me fresh inspiration. Some of my best music has been written on a plane somewhere or the plane back – which is a big part of my new tape called Departure Lounge. I wrote the whole thing in a departure lounge in an airport waiting by the gates.

As a young creative, how do you successfully navigate yourself in the music industry when a lot of your music involves clashes?

I’d say that I never plan to clash. It just happens. I’m a bit outspoken!

Grime isn’t as underground as it used to be, what’s your take on mainstream grime?

I love it, I love that grime is getting the exposure that it deserves. Like, hip hop is from America, Afro-beats is from Africa – so grime is what we created. It’s organically ours, so everyone who’s English should be proud of grime. It’s our national treasure.

What would be your dream collaboration? 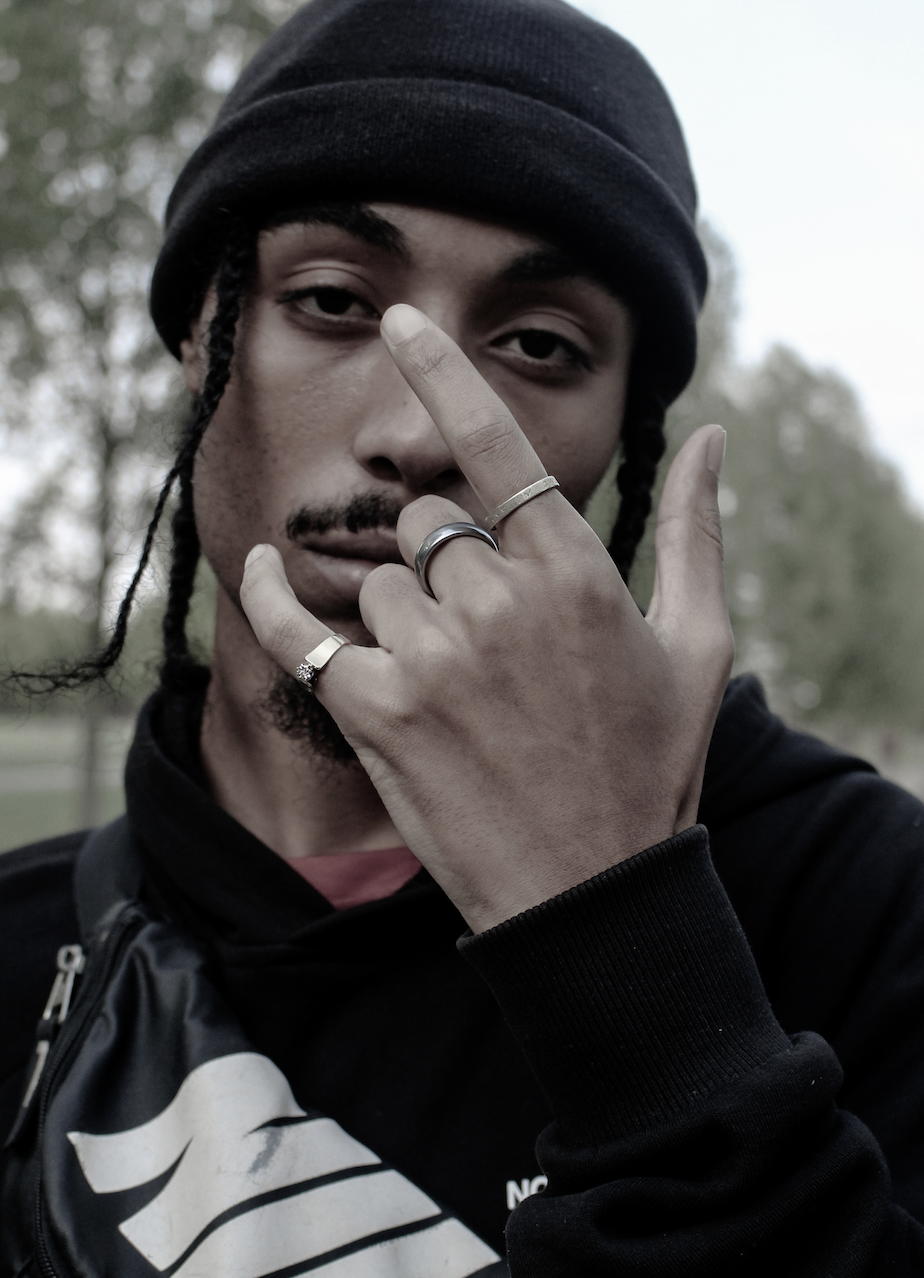 Where has been one of your favourite places to tour abroad?

I did a launch party in New York. It was amazing! Me being who I was 2 years ago at that party, I was nowhere near what I am now. There was at least 100 people there who turned up to see me. I did AJ Tracey and Dave’s afterparty and going to there show and seeing them was inspiring. It shows to go harder.

If you had a song that was the soundtrack to your life, what would it be?

Do for Love by Tupac! That was the tune of tunes!

How would you describe your style?

I dress comfortably and I only wear North Face and Nike! My go-to shoes are 110s but I like VaporMaxs, they’re wavey.

What defines making it for you? What’s your dream goal?

I just want my music to get to a point where everyone can appreciate it and take it in. I don’t care about social status, being famous or anything but I want to make enough money to help my family. As long as people appreciate, I can tour and travel – then I’m content.

Do you have any other upcoming music for your listeners?

Yeah, I’ll be releasing 2 videos in 1 – one will be in the night and the other will be in the day. I want to bring them both together. Nobody knows that yet, so it’s an exclusive!

Government Wising Up Over “Racist” Form 696?