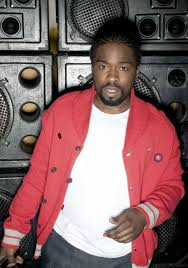 British RnB star McLean is back and better than ever with his new single ‘Movies’! The singer-songwriter returns after a hiatus in sensational style with the infectious track, produced by Grammy-winner Antwoine “T-Wiz” Collins (Chris Brown, Ciara, Cheryl Cole). ‘Movies’ offers a first glimpse of McLean’s new album in the works, penned during his break and including songs with hit producers from time spent in New York and Los Angeles. McLean is a familiar face to music fans in the UK, most notably with his Top 10 hit ‘My Name’ and collaborations with the likes of Naughty Boy, Chase & Status and Fraser T Smith (five UK number 1s). He has also toured alongside stars such as N-Dubz, Trey Songz and Roll Deep in his career. McLean‘s return provides an injection of quality long craved by fans of R&B in the UK, and his new song sets the marker for an exciting project ahead. ‘Movies‘ is released on March 10th.

JUELZ SANTANA IS ON FIRE!

Radar Radio Has Ended Up With £4 Million Debt