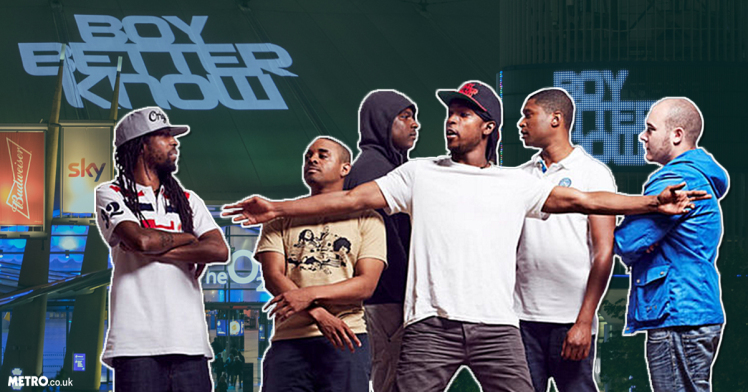 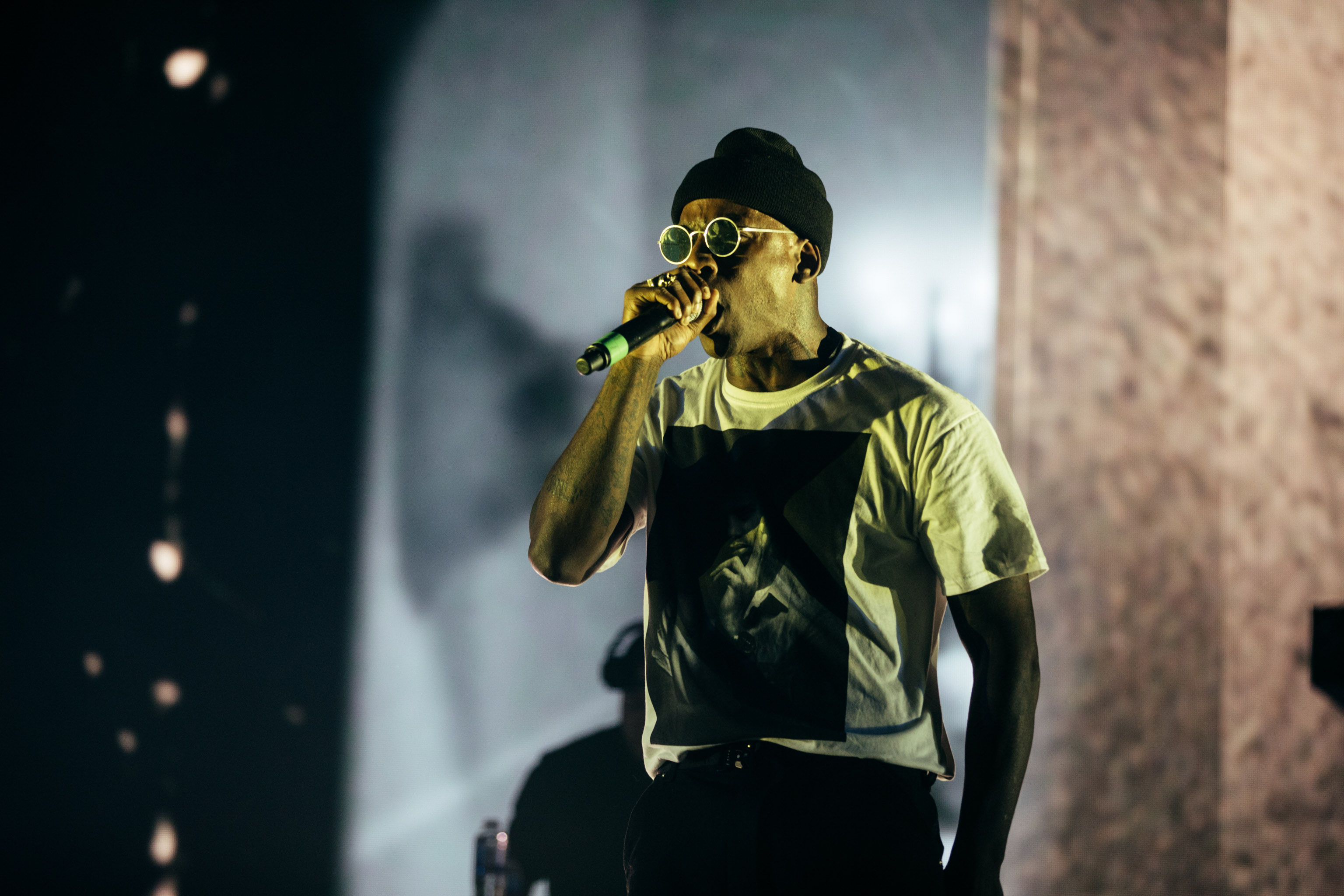 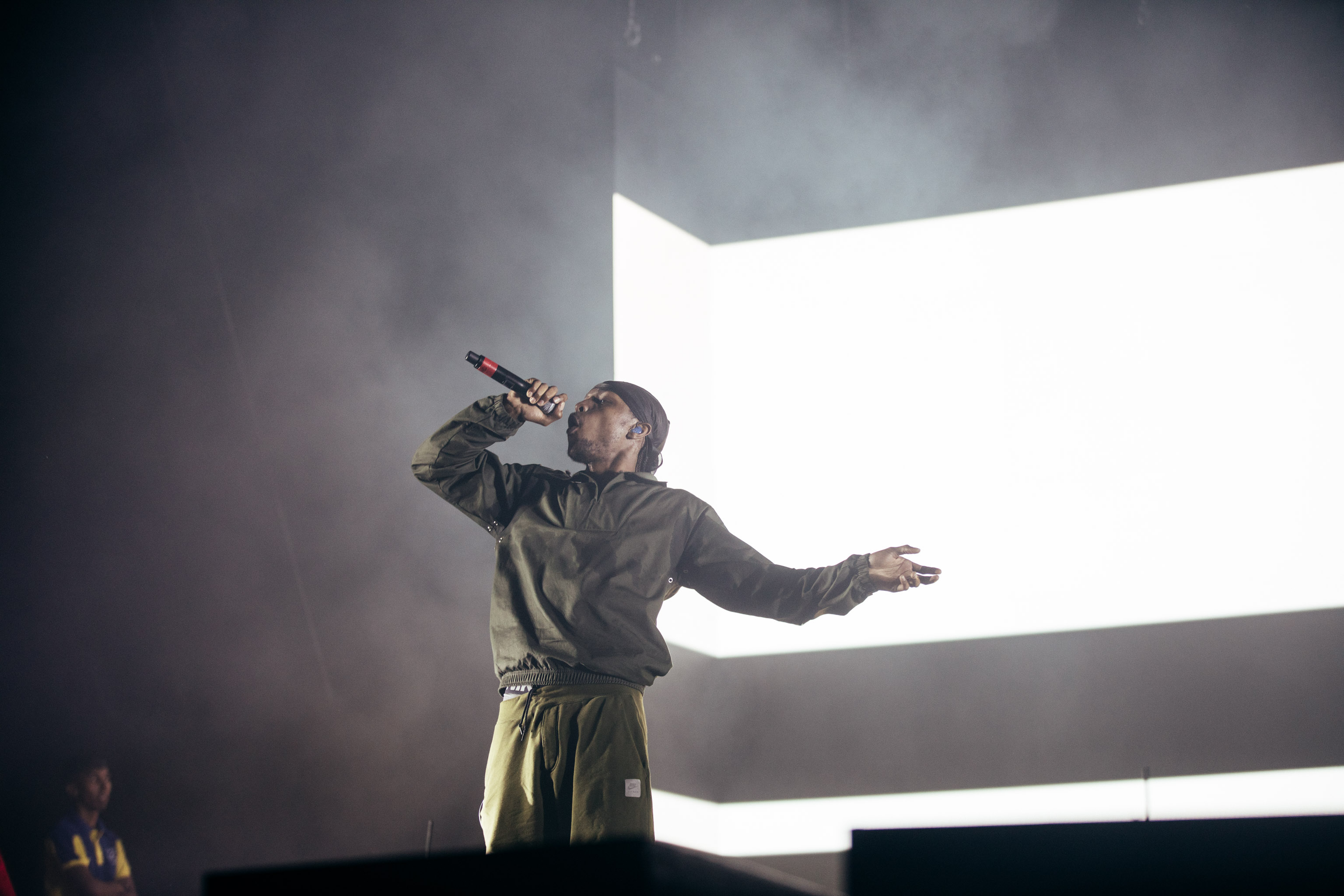 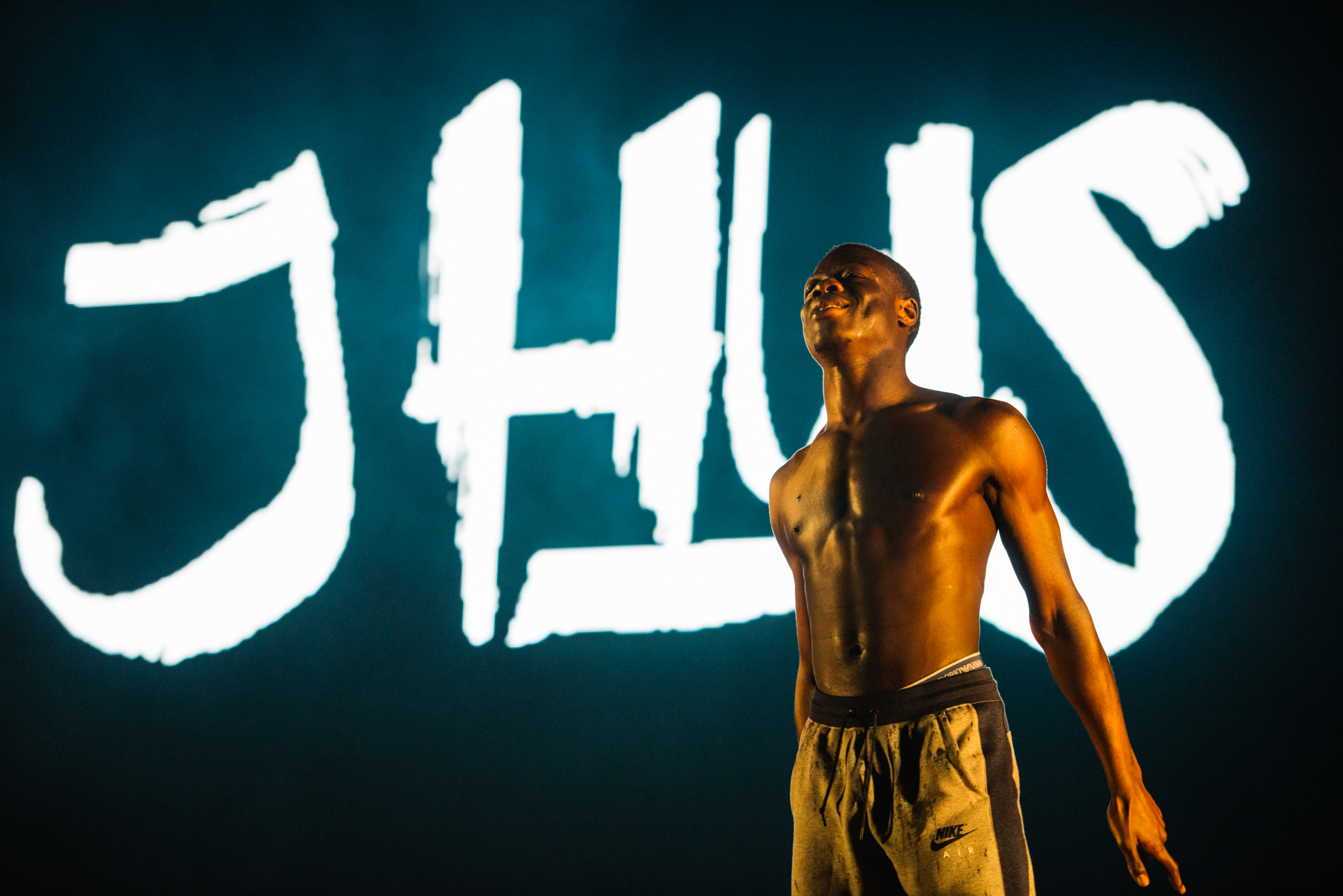 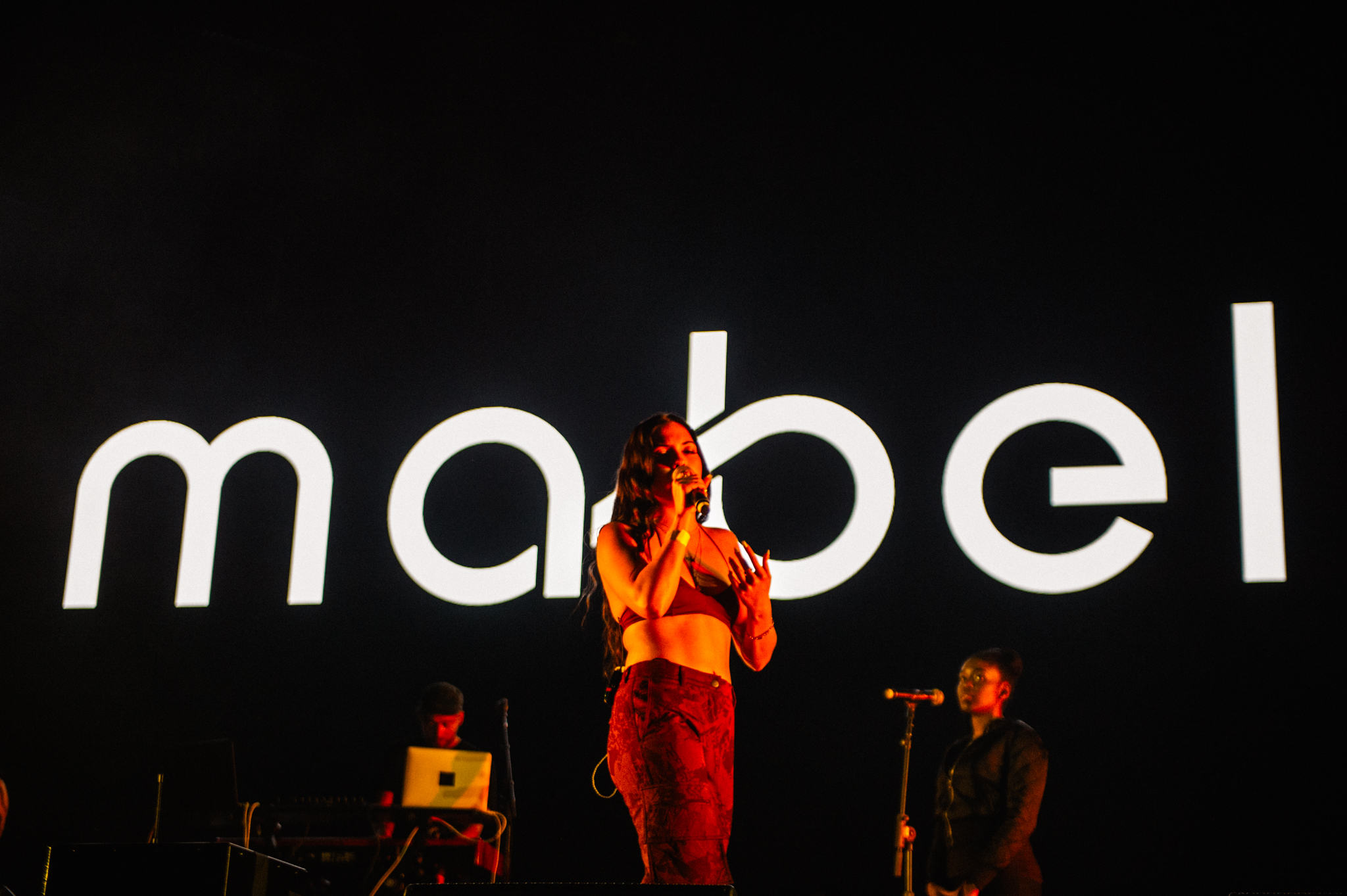 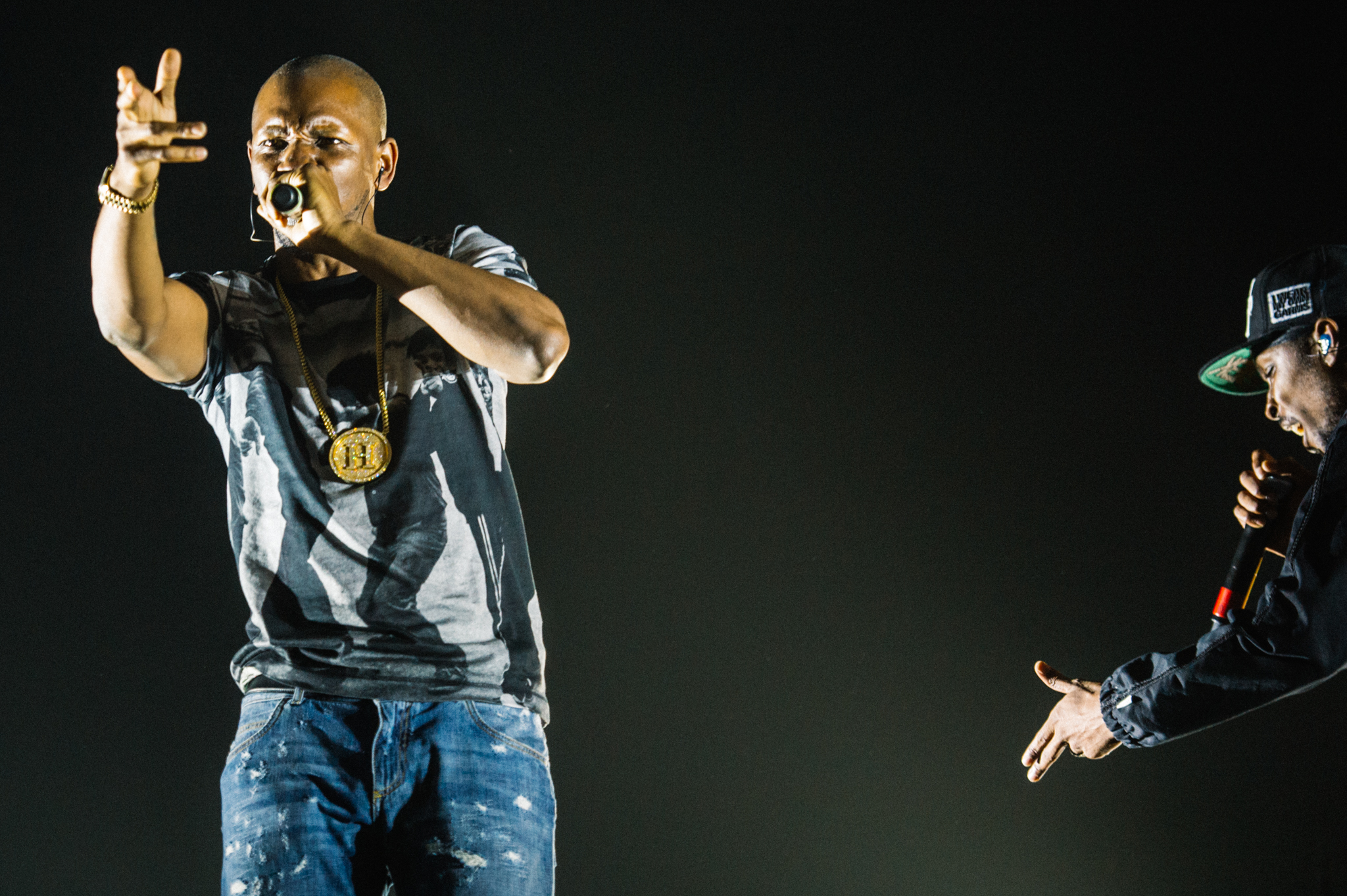 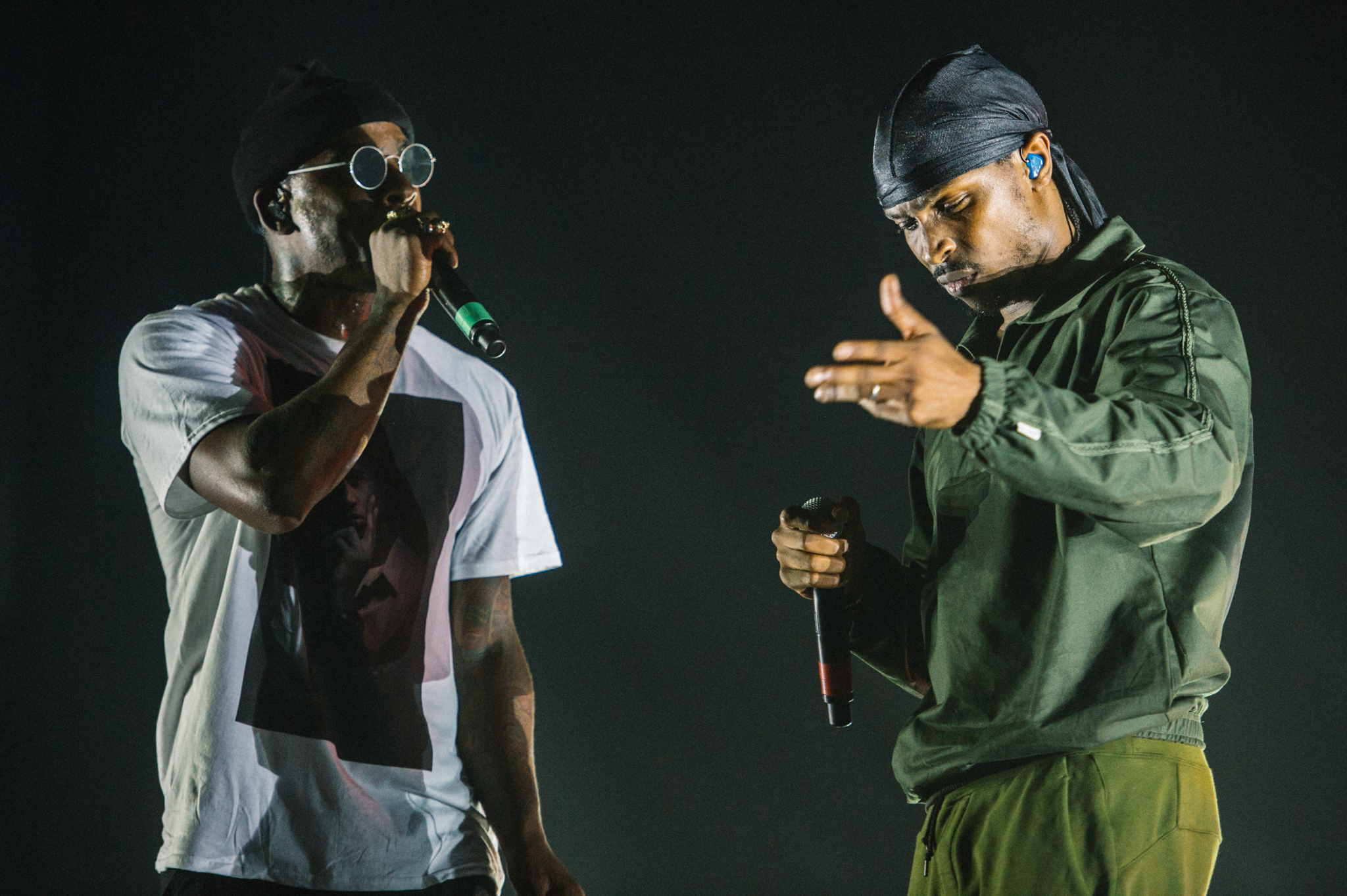 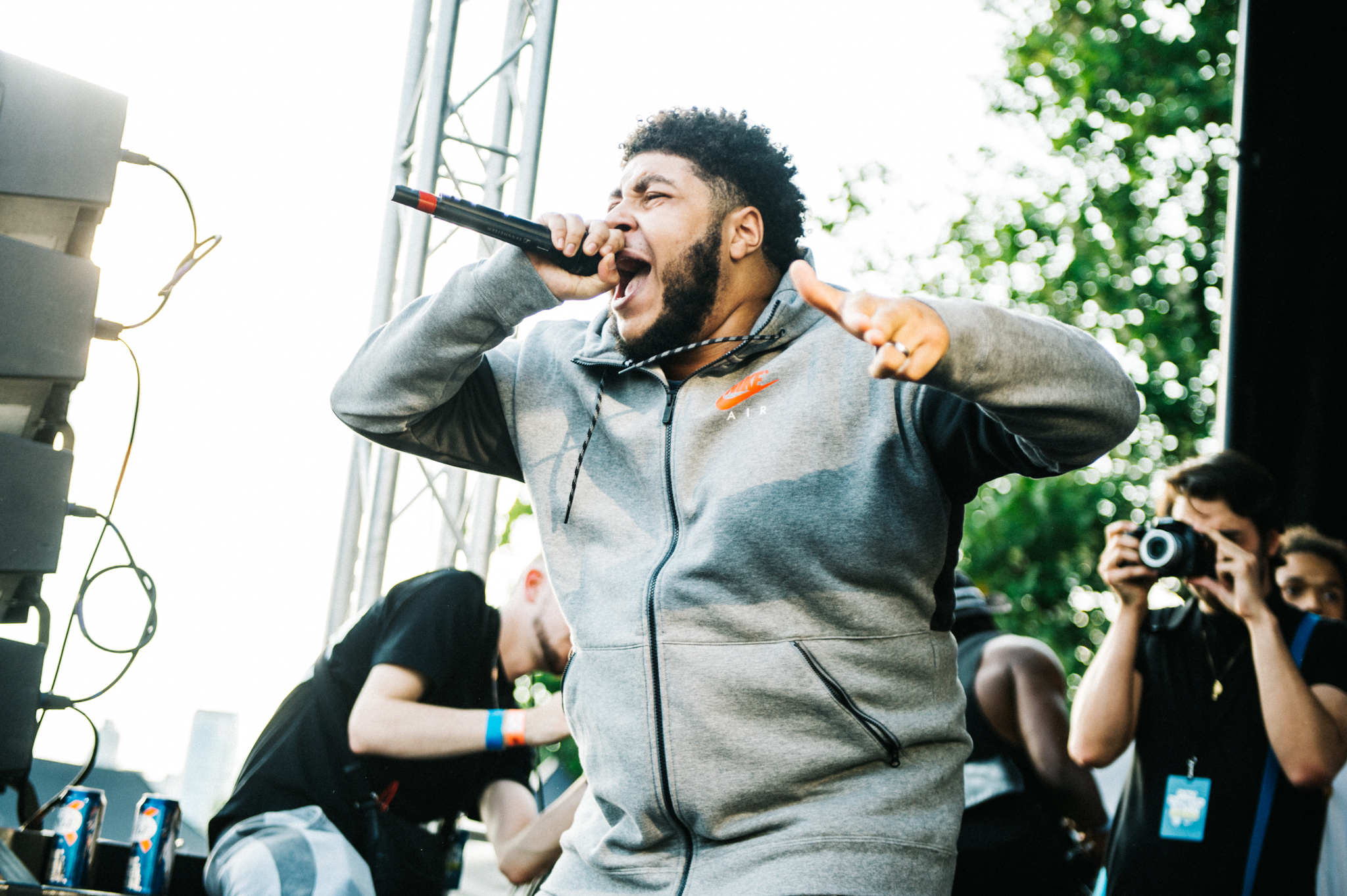 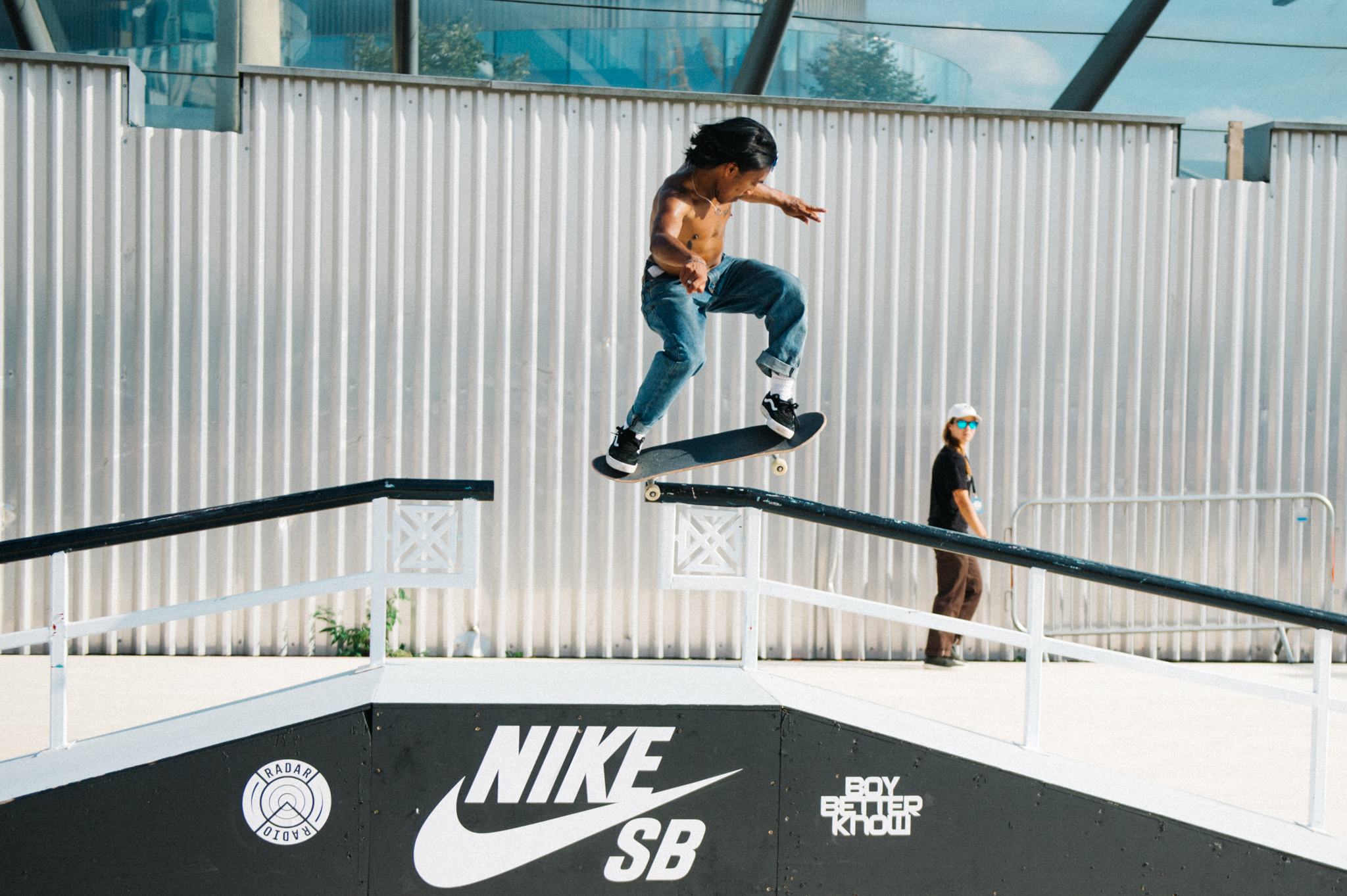 Boy Better Know its a shutdown when they takeover.

We started the day off outside at Nike’s custom SB skate park and 5-a-side football tournament in the quadrant area. We were treated to live music whilst the tournament was going on by Radar Radio featuring DJ Snoochie Shy, P Montana, Big Zuu, Vibbar, Logan Sama and many more. Nike SB offered skaters free lessons from some of Nike’s top UK riders. The highlight of the Nike football tournament was BBK vs Youtube stars, The Sidemen.

Apple Beats’ Dj Julie Adenuga showcased her skills and musical taste with a live musical session at the Water Margin from some of the hottest names in the game such as Cosima, Kojey Radical, Slow Thai, Blue Daisy & Kojey Radical whom all collaboarted with a live house band to give us all a very unique exerperience.

The Den, located in the Indigo was the hub for the event which has become a staple monthly event in the grime calendar. The stage hosted the likes of Ghetts, Casisdead, Mabel and more.

For the hardcore gamer, you know JME has got you! Activision teamed up with BBK to bring us a once in a lifetime chance to be one of the first people to play the anticipated ‘Call Of Duty: WWII’ game in the gaming lounge. JME rolled up causal as ever, popped on the headset, gathered the troops and off we went, enthralled in a multiplayer match!

After running around from area to area all day we were ready for the finale, which we knew was  going to be nothing short of legendary. Boy Better Know Live inside the main arena! Walking in we were graced by Tim Westwood who was the inbetween acts-DJ, pleasing the crowd with the most recent American rap anthems & some questionable chat up lines. After performances from Mabel and Frech Afro Trap rapper, MHD with his extravegant dancing and funky style, proved that a language barrier is non-existent if the beat bangs and the crowd is on a vibe.

Soon after Chip started off the pre-main event of heavy hitters with tunes such as, Snap Snap, School Of Grime, League Of My Own and Run Out Riddim. With ASAP Rocky and ASAP Mob cancelling last minute, Mr Ugly, J Hus capitavated the audience with his first ever UK show, yes, you read it correct, first show, we can’t believe it too. Hus swung between afrobeats and grime creating mosh pits to ‘Clartin’ to garage skanking to ‘Plotting’, J Hus’ performance was nothing less than legendary, the energy around the room was visible.

If you think it finished there, you were wrong, a couple more tunes later, Westwood was whisked away & Boy Better Know took the stage in front of a backdrop of Tottenham High Road, each member taking their turns to rap their number one tunes as introduction. Curated by the main himself, Skepta nobody or thing was getting in the way of BBK today, so much so that the godfather Wiley even turned up! spraying bars from ‘Speaker Box’ & ‘Can’t Go Wrong’ with his energectic behaviour. Then came a barrage of Skepta anthems that we’ve grown accustom to, ‘Man’ ‘Shutdown’ ‘Thats Not Me’ & ‘I Win’ with special guest, Lethal Bizzle. BBK continued the bangers with Frisco’s ‘Walk With The Elephants’, Shorty’s ‘Moesh’, Jammer’s ‘Decline’ & JME’s ‘BLAM’.

Just when we thought things couldn’t elevate to another level, JME ran onto the stage and brought out Giggs for ‘Man Don’t Care’ we didn’t care, we dived into the moshpit. Giggs continued to up the ante by bringing out Drake for ‘KMT’ by then the whole O2 lost it. Unfortunately for us Drake gave us a lackluster performance and didn’t delve into his archive of bangers in fear of overshadowing the BBK family neverthless it was nice to see Drake roll up straight from his surprise performance at Giggs’ Reading Festival Set.

Twelve years since Boy Better Know was founded, who would of thought we’d be witnessing their homecoming show at the O2 in front of 20,000 crazy fans?! The takeover was a subtle punch in the face to the music industry that has been trying to bring down BBK and throw bad light over UK music and grime in general. This is our scene, we own it, its here forever.

Take a look at the moment Drake came out below & stay tuned to Trapped Magazine for the official BBK Takeover video.

Is There A Nike x OVO Collab On The Way