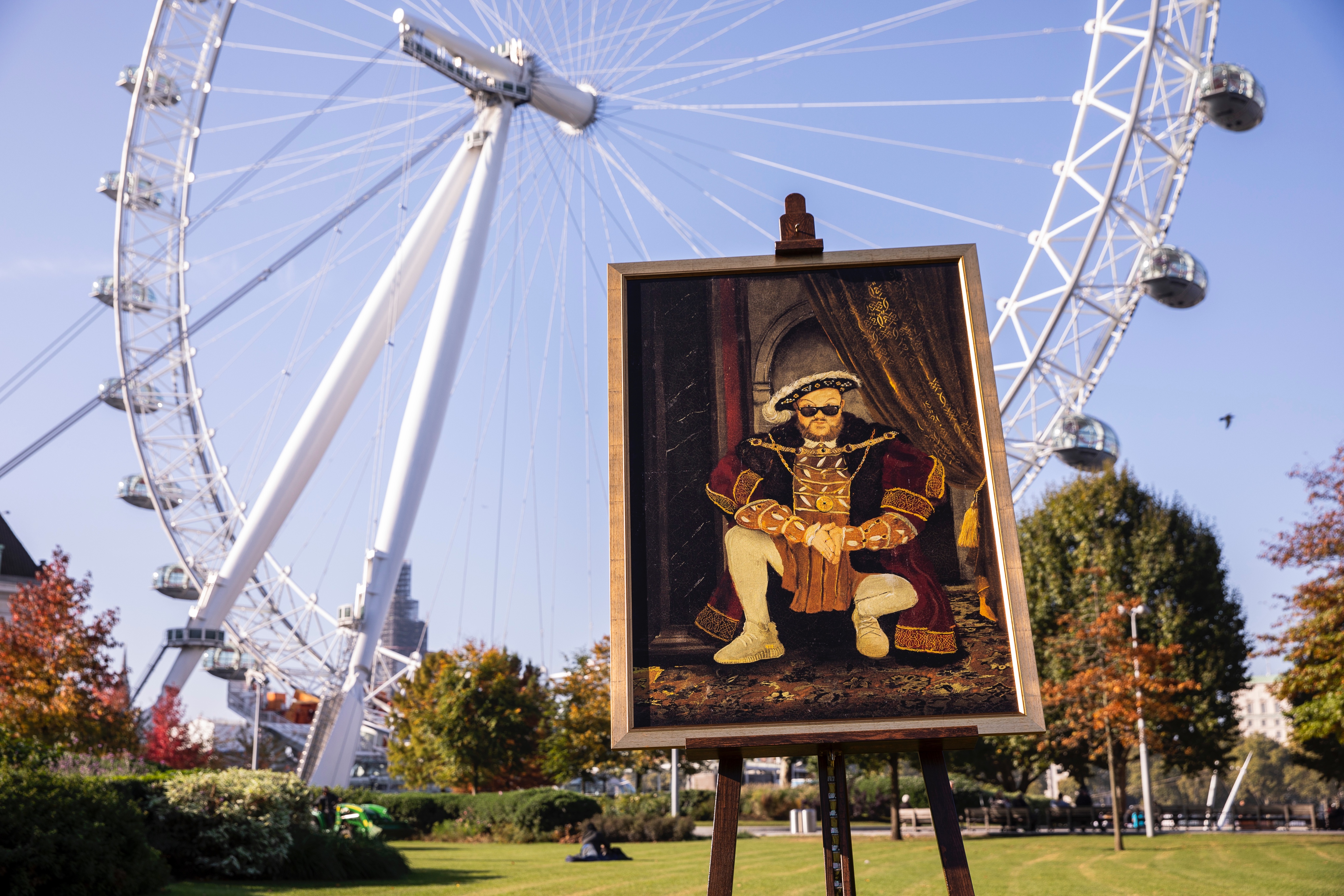 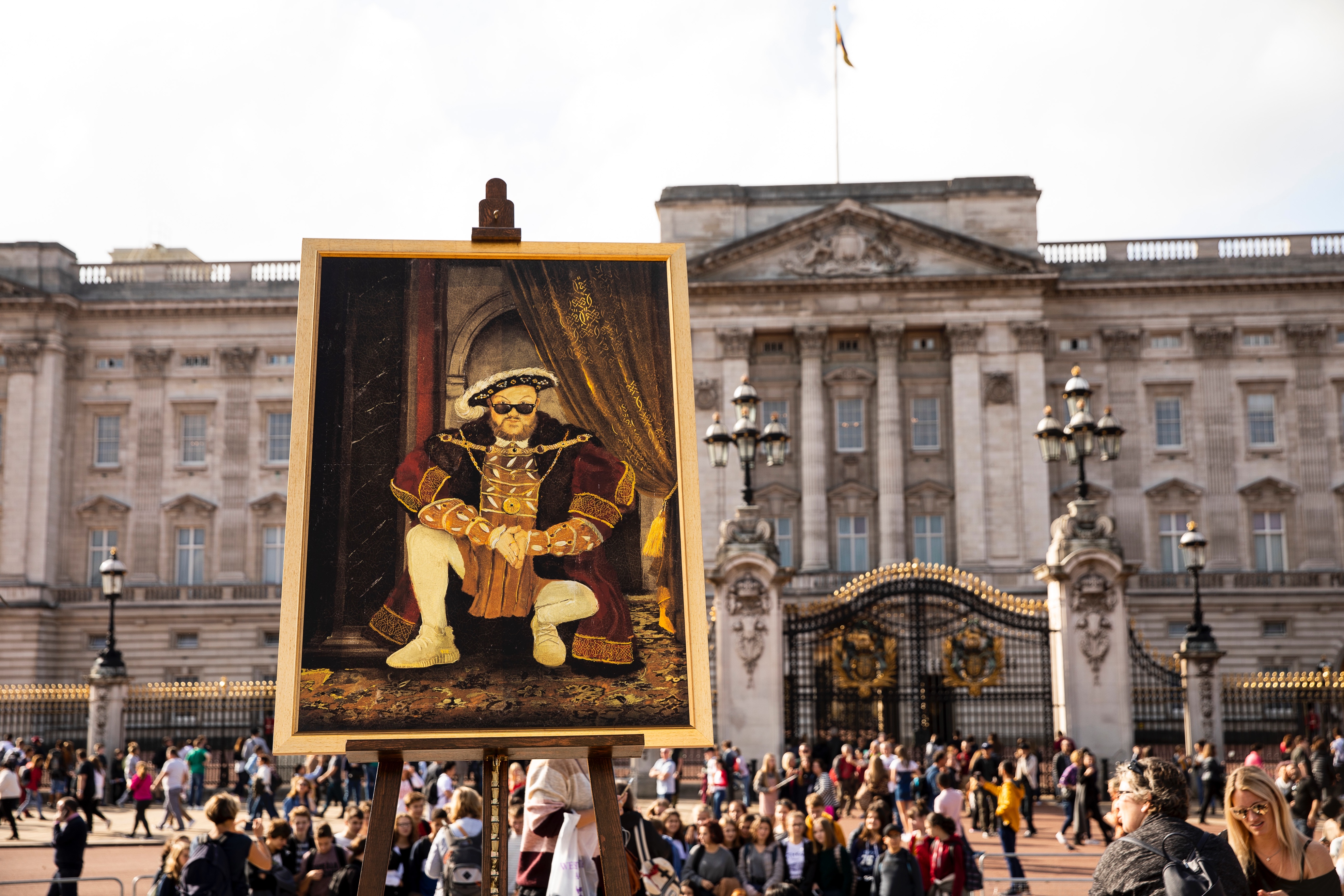 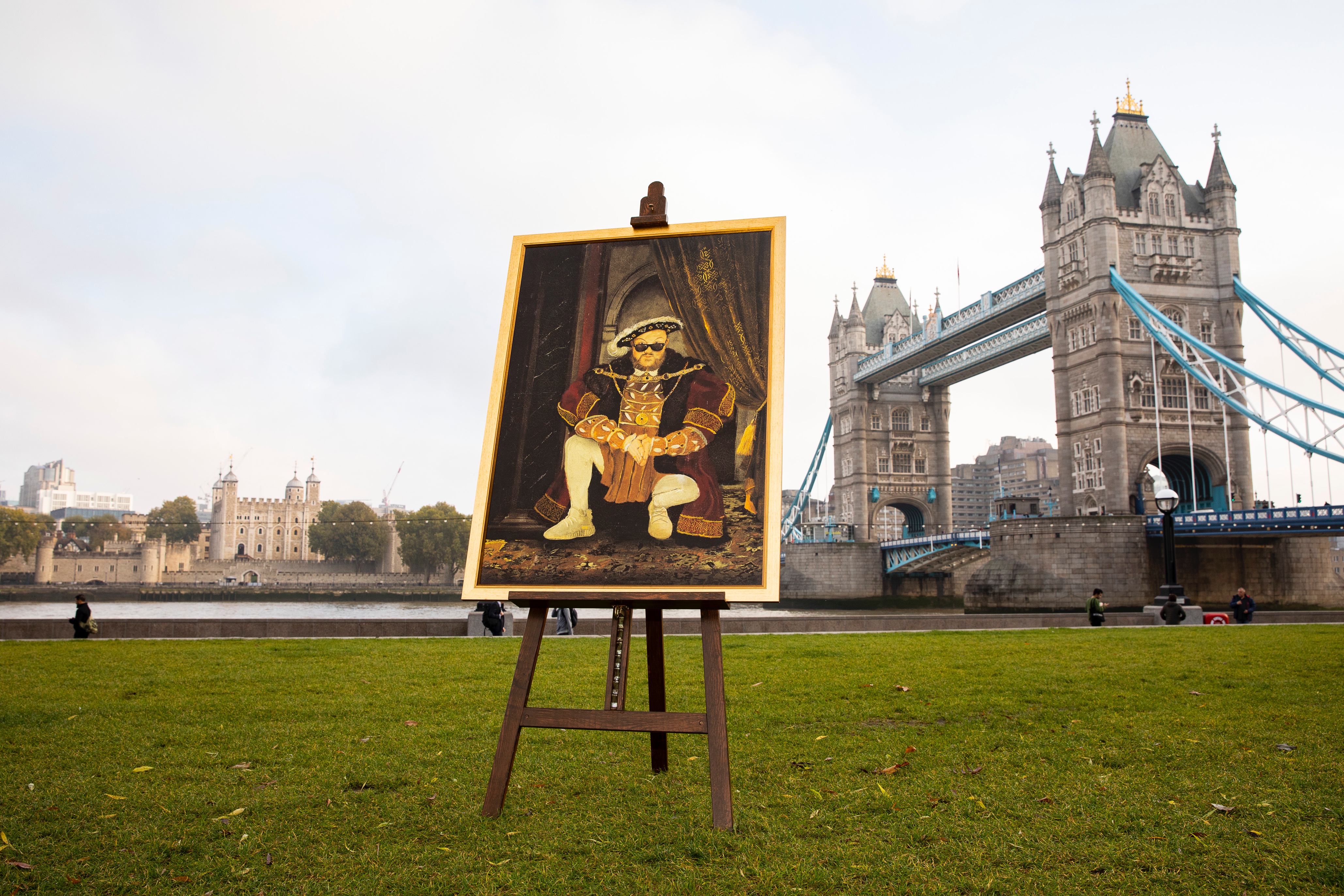 Artist Reuben Dangoor has been popping up around London, showing off his version of King Henry VIII ahead of his exhibition next week.

The art shows King Henry, dressed in his Yeezy 350’s with sunglasses on and is seen doing the hip-hop squat. The picture is one of a series of ‘portr8’s’, reimagining classic 17th Century portraits them for the social-media age.

Reuben has always mixed old with new, through the lens of youth culture. In 2015, he was invited to exhibit his acclaimed “Legends of the Scene” collection at The Tate – a set of oil paintings that featured today’s stars of grime and UK hip-hop music in stunning head of state style portraits. The debut show sold out instantly, and firmly placed him as one of the most exciting protagonists of today’s pop-culture scene.

Take a look at the art below.

“London artist Reuben Dangoor and Three unveil Henry VIII ‘hip hop squat’ at top selfie spot in London, as part of a series of portraits reimagined through a mobile lens to celebrate its Phones Are Good campaign.” 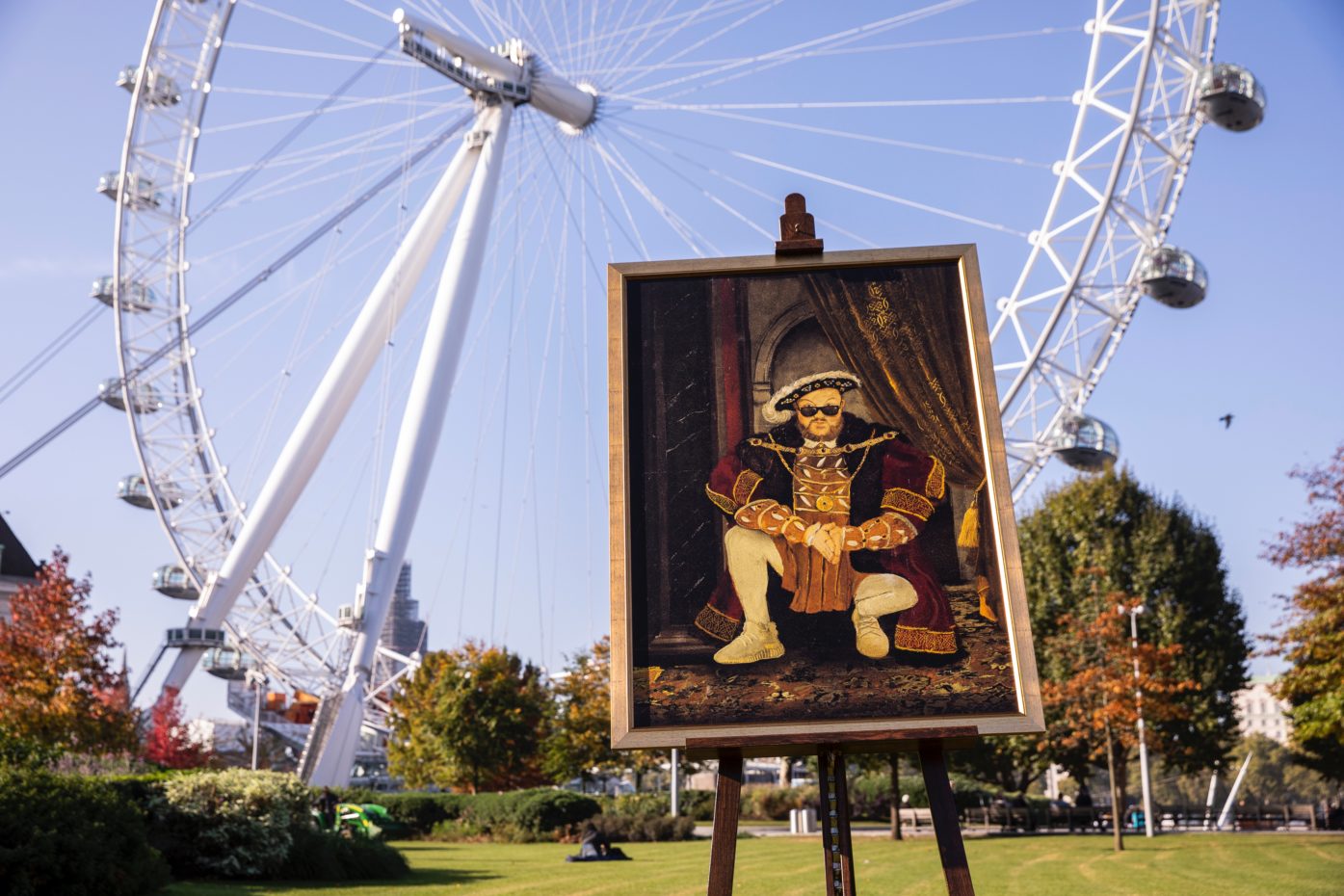 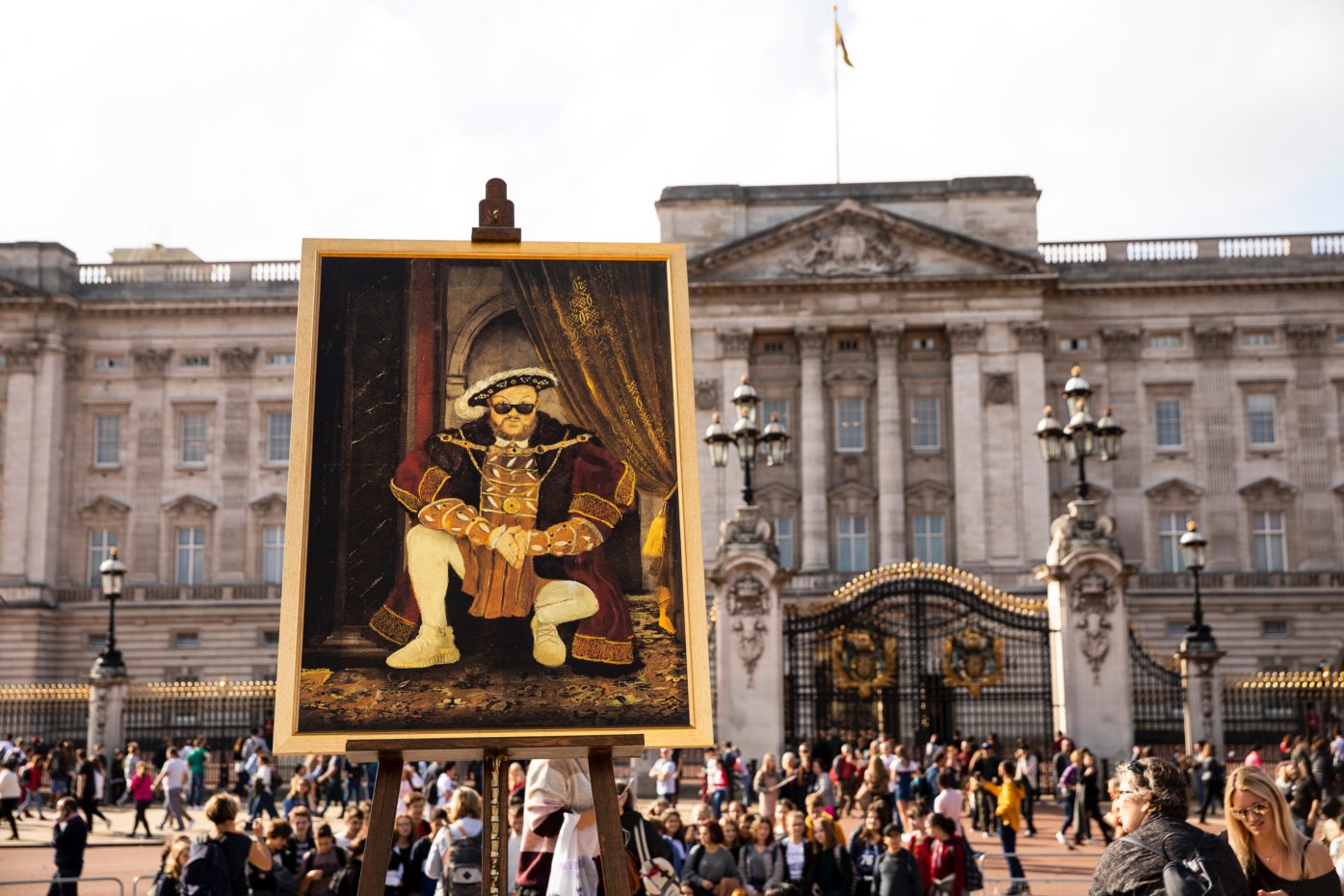 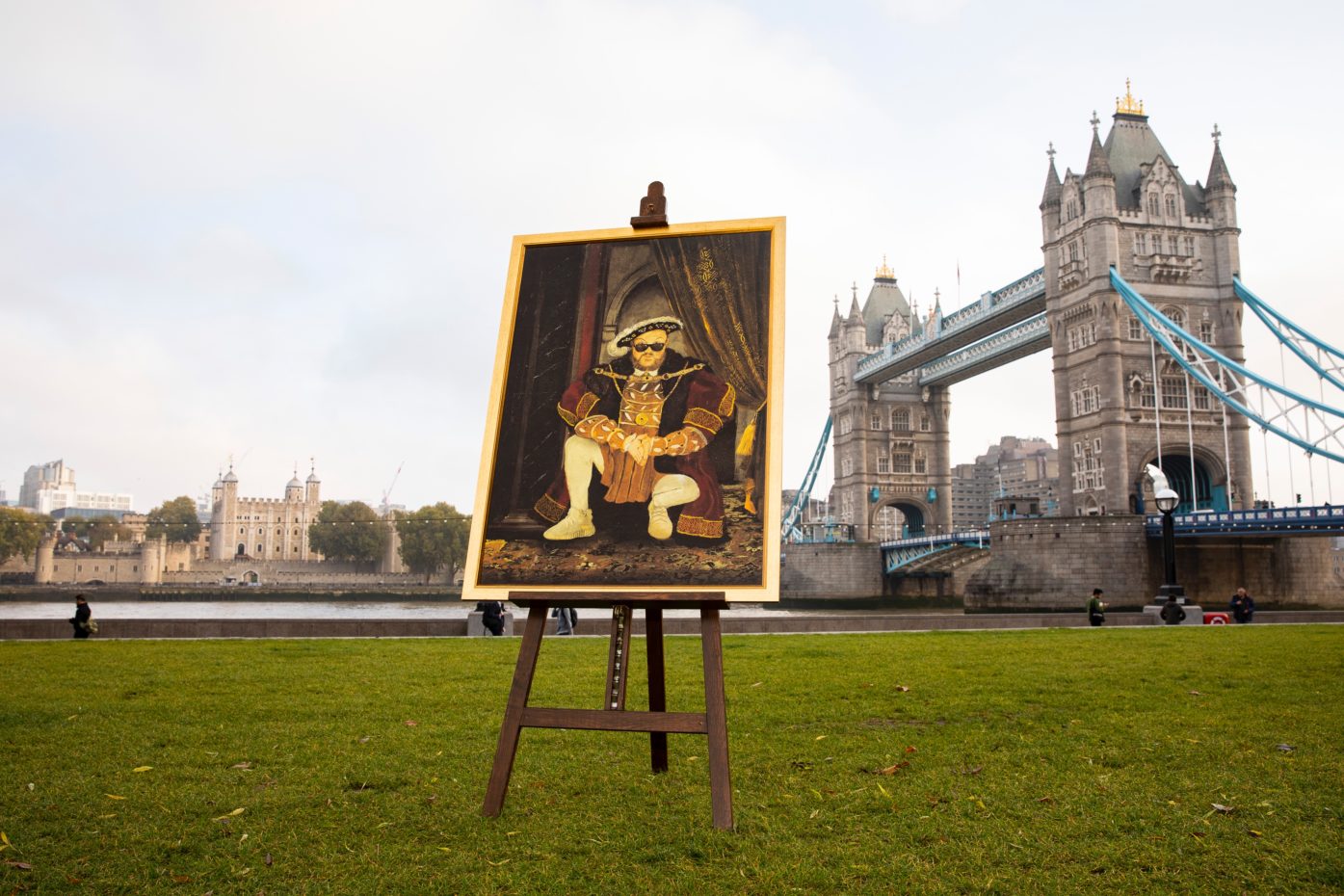