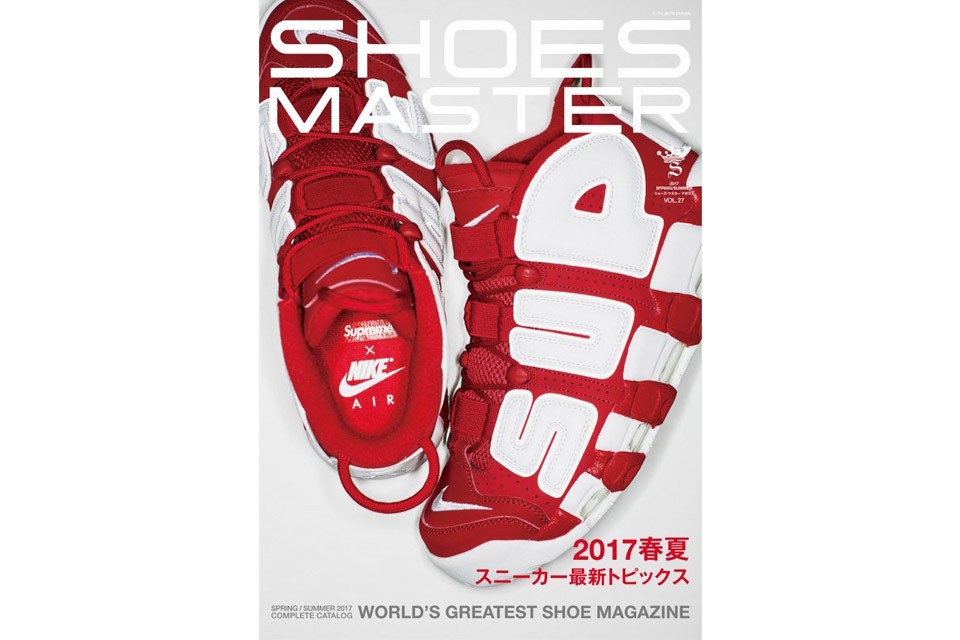 The Nike Uptempo was a surprise hit of 2017, Supreme plans on riding the wave of success by putting their own box logo spin on the once forgotten gem for the Supreme Uptempo. So far we have seen athletes sponsored by the swoosh flexing in a gold pair of Uptempos and an all black pair which sparked of the rumours. Now thanks to Japanese magazine Foot Master we got a look at what can only be considered the official Supreme Colourway. 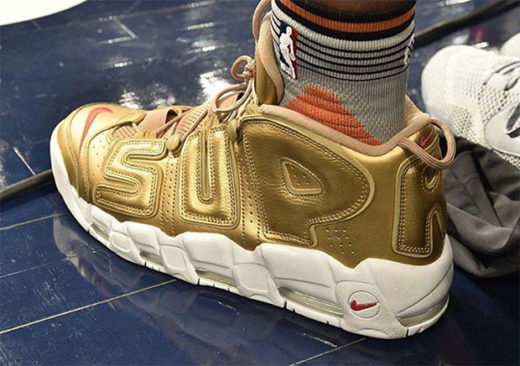 At first glance it would be understandable to think they are a standard pair of red and white Uptempos; but where “Air” would usually be stated it instead spells out Supreme. The magazine cover also shows the box logo branding which will be featured on the insole. 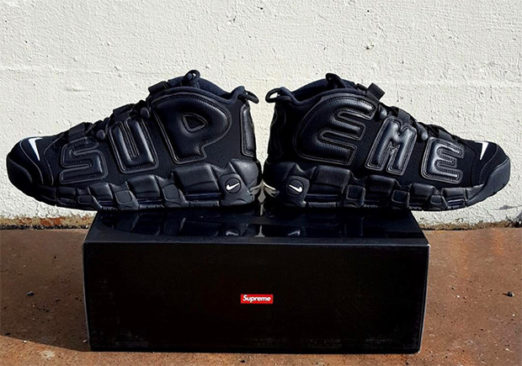 This is the first time we have had any form of offical confirmation of a release, though a release date is still a mystery. Supreme enthusiasts may be able to guess a date based on previous releases.

Supreme Announces The Release Of the Suptempo