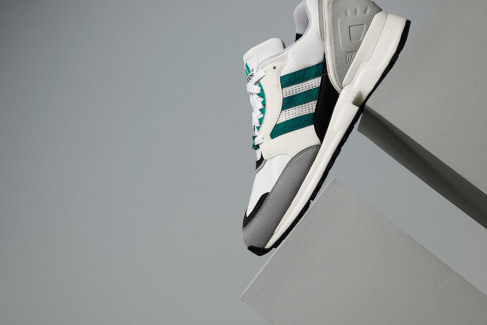 Created in the late ’80s, the Equipment line was an innovative move for the sportswear giant. The EQT Cushion model was created for runners  and launched in 1992.adidas are re-releasing it as a faithful one-to-one re-issue for 2014. This Clean silhouette features a white and grey upper with black accents, the original dark green three stripes also feature on the shoe. The sneaker will have an exclusive pre-release at Berlin Fashion Week at stores No.74 and Solebox on January 15, with a release at Consortium stores globally on February 1.

ED SHEERAN & THE GAME RECORD IN THE STUDIO