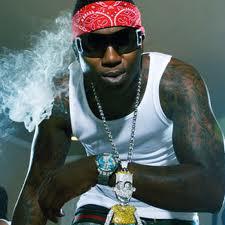 Damn the Hip Hop world loves drama but most of all it loves Twitter .This is the latest Twitter Beef to go viral and it all happened in the early hours of this morning;

“ASAP whoever calling his mixtape trap lord niggas need to get off my d*ck and let they momma get on it”. (Gucci Mane‘s Twitter) “TRAP LOORRRRRRRRRRRRRRRD ACROSS MY BELLLYYY!!! N*GGAS IS WASHED UP LOLOL,” (A$AP’s Twitter). “THERES A DIFFERENCE BETWEEN GODS AND LORDS” LORDS NEVER WORRY” TRAP LORD” (A$AP’s Twitter) This is the latest rap beef to hit Twitter, we have to ask one question are you lot fifteen?? Gucci Mane a Gangster Rapper who claims to have a murder under his belt is the latest rapper to take his frustrations to the social networking site, the biggest beef to have gone to Twitter in recent months is the ongoing beef between MayBach Music Rapper Meek Mill and fellow Philadelphian rapper Cassidy, their Beef has spilled over into threatening you-tube videos, various radio appearances dissing each other, involved other rappers and split loyalty in the state. Keep checking in with us at Trap-ped for the latest on the A$AP Ferg and Gucci Mane Beef! Who do you thinks gonna win this Beef? should it be squashed? Leave us a comment. Don’t forget to follow us on Facebook: trap-ped.com and Twitter: @trap_ped

Be the first to comment on "GUCCI MANE AND A$AP FERG ARE BEEFING!"