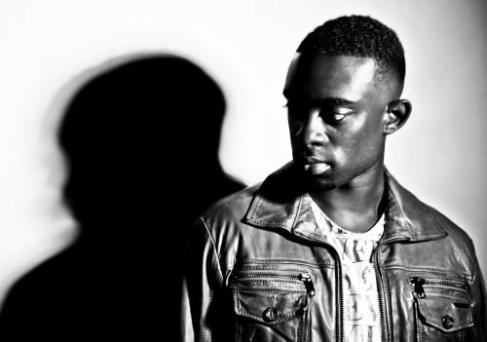 When looking for UK rap artists and looking for UK rap talent becomes two different tasks, it is a breath of fresh air to come across an artist such as West London Rapper Incisive. Incisive is a rapper with all the credentials to be just another face on Youtube, or Spiff TV: quoting from Gangster films and Borrowing flows from Mainstream US artists. He comes from West London (and not the Kensington’s or Chelsea sides either), he is a young black male and he has grown up living amongst some of the poorest underprivileged people in the UK, the same as many others, however unlike the majority he has not played the blame game and gone on to be an educated black man with an idea of what having a social conscious is. Its his social conscious ( being aware of other peoples circumstances and trials) that enables him to produce such thought provoking and memorable music. Incisive has just released the video for his newest single ‘Winners’ featuring Junior Marley and Dionne Reid. As an unsigned artist in a hugely competitive industry he has a hard job to do and we wanted to meet him and ask him all about this new single and also what his story is about, luckily we were granted an interview with him on Friday.

Tell us how the feature with you and Junior Marley came about?

Junior grew up in Ladbroke Grove and had a connection with me and my management from a young age, when he heard my verses and the concept of the song he just flew into the country and recorded the song, he is a humble guy there was no issues at all.

The Marley family as a whole promote positivity and consciousness within their music, how did you find yourself on that vibe?

I think its been an evolution, when I started in the music game I represented angry HipHop, but the more I got into it I discovered that I didn’t want to be ashamed of my music, I wanted to be able to play it to any audience even my own mum and also that negative music is not progressive in the way that it influences the youth of today and as I grew up the positivity just overtook the negativity naturally.

Where did the inspiration for your lyrics on the ‘Winners’ single come from?

I don’t like to write in a studio as its a pretty closed off atmosphere, so I always try to write in my bedroom, I had this beat and I was just sitting on my bed and I literally looked out the window for inspiration, and the first words of the song are “look out the window, squint my eyes on sunset horizons” I was looking out on a council estate and I just started writing about what I saw, I was just writing about the streetlife and how its not the only way, and together with Juniors chorus it all came together.

The streetlife in the UK right now is being sensationalised in the media and a lot of rappers are feeding into that by promoting the negativity,  Do you think that by you standing up not only will you sell music but you will be able to affect change?

Yeah definitely that’s what I wanna do, as much as people say it’s just music, people listen to music to create a mood and music does influence people. Society seems to be breaking down in general in terms of the youth having little if any direction and I do wanna create positivity with my music for the youth to listen and be inspired by.

You have just finished a law degree and hold down a fulltime job, do you think that these things take anything away from your commitment to Music?

I battle with that question every day and I think the balance is that in order to promote my music on the level that I am now I need capital to invest in myself, and without delving into the criminal activities that other artists in the UK promote I have to work in order to make music, but the 9-5 is just a means to an end in order to keep my music true to myself and authentic for my fans.

Other than Winners what other projects have you been working on?

From 2011 I had a self entitled album out called ‘Incisive’ and a valentines  day E.P called ‘Him and Her’  which was like a concept E.P about a relationship coming together but then breaking down.

At the top of the year in January this year I put out a mixtape called ‘Where is he’ the title track was called “Where is he’  ft Shakka and I dropped 3 videos for that as well, all of which got an amazing response.

What Live performances have you got coming up where people can come and experience your music firsthand?

What English artists inspire you and who would you like to do a collab with?

I’m inspired by people like Wretch 32, but I like working with a lot of upcoming, unsigned artists just to step out of the circle and see what new fresh sounds are out there. I find that successful artists tend to just all work with successful artists and produce similar sounding features all the time, so I like to collaborate with unsigned talent as it makes people listen to a tune and say “wow this is a good song, who is that I’m hearing?” I work with Shakka, Roxxanna maurice, lifelines and fresh new talent.

Your sound is HipHop in terms of your lyrics but the melodies and beats are more electro like and you like performing acoustic sets, is that because you are maturing or have your personal musical tastes influenced your music more and more?

In general I love Melody and on a day to day you might catch me listening to RnB more than Hiphop, and so because I like the musical aspect of music, I do go into the live acoustic sound a lot more, I only perform with a live band, I don’t perform with a PA ever. I love the live scene and I think that’s why it shows in my music. I’m very picky with the beats it always has to be melodic and musical.

Who do you have on your ipod right now?

J.Cole, Jai paul, a lot of my own stuff lol and Robin thicke, his old album-  ‘The evolution of Robin Thicke’

Being 27 and listening to a variety of genres that are no longer popular with the youth as much today, such as: Garage, Jungle, Swing, Oldskool RnB, do you recognise any of those influences in your music today?

I’ve been on rap from day dot, when Jungle came out I was rapping, when Garage music came out and So-Solid and other Garage Mc’s were about, I was rapping and the same when Grime came out. The Uk influence I guess is there in terms of maybe how I’ll approach the music and the subject matter, but I’ve just been HipHop thru and thru the whole time.

Tell us something about yourself that know one knows about you?

I don’t watch football, if people talk about football I change the subject lol

Winners is out August 19th available on itunes.

To connect with Incisive on Twitter or to listen to his music go to:

Aitch Spotify Who We Be TALKS_