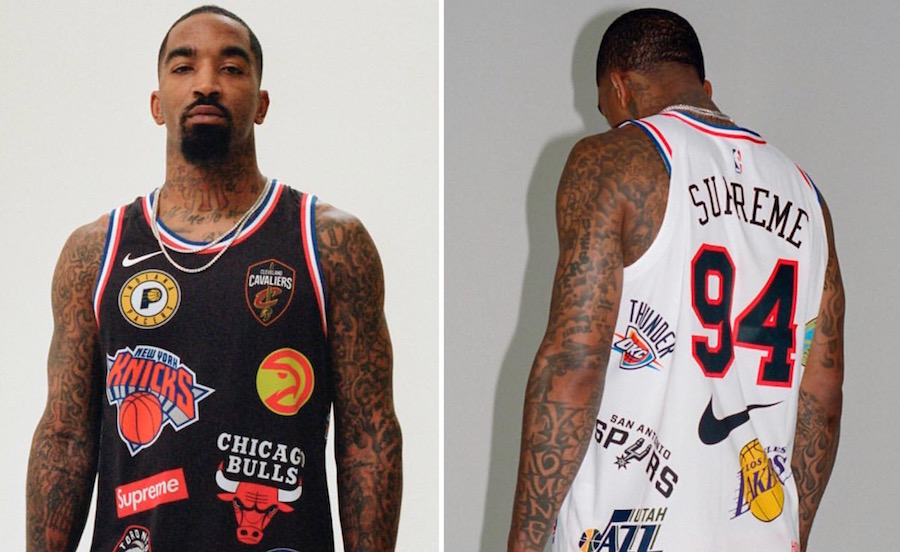 Images leaked a few months ago of the Supreme X NIKE X NBA Air Force 1s which were heavily covered in basket ball teams logos. Though we still have no official release date on when those sneakers will release we can bring you news on the clothing Supreme and NBA will be releasing.

Modelled by Cleveland Cavillers  shooting guard and soup thrower J.R Smith the jersey and shorts feature the various logos from the national basketball association as well as Supreme’s own iconic logo. Dropping in white and black colourways, there is no current release date for the collection but expect them to drop sooner than later.

Get Ready For Halloween With The AF1 Skeleton