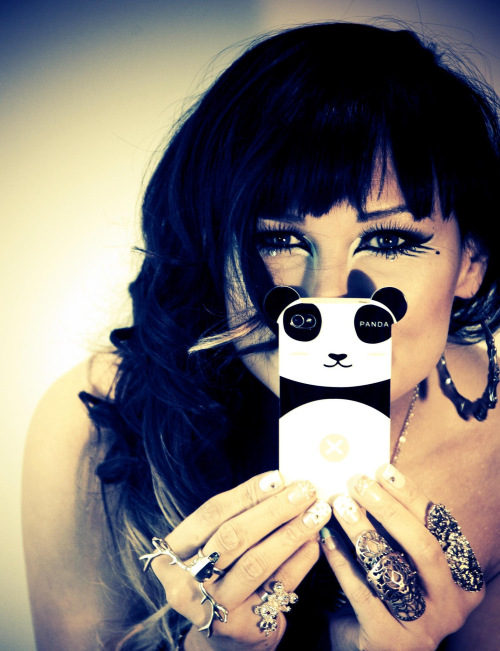 Sylvia Stone is an amazing singer who has been exciting audiences with her emotive lyrics and stunning vocals. We first came across Sylvia at an exciting UK talent event called ‘Acoustic Afternoon’ which was hosted at the Boxpark in Shoreditch last month. Surrounded by an enthusiastic crowd, a powerful voice straddling ambient electro, jazz and RnB attracted our attention, so we had to meet her. 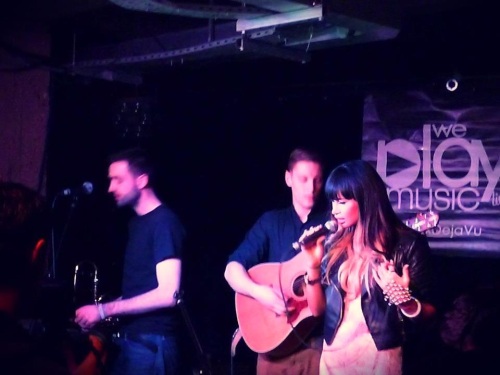 The Sylvia Stone sound tickles the back of listeners’ souls! Sylvia has amassed a body of work that showcases this fresh talent at it’s finest.

Trained at the Uk’s hotbed of talent the ‘Brit School’, Sylvia has performed energetic moving acoustic sets in London and Europe solidly for the last year and has received huge recognition from the press as well as supporting music heavyweights Gloria Gaynor, Terri Walker and Shystie amongst others.

Sylvia’s hopes are clear; To make music that touches people, to make that song in a movie that makes audience’s hearts melt and to write melodies that can’t be forgotten.

We were lucky enough to grab an interview with Sylvia after a rehearsal with her backing band the Pandas, here’s what she had to say:

Who is Sylvia Stone?

Ha..I have no idea..lol, No, uumm, a girl with a Panda Band, some stories and a passion for all the beats that make your heart beat..

Where are you from?

London! Lived here my whole life, started south, went north and then finally settled in east:) wouldnt live anywhere else. As far as my origins – Hong Kong and kent..lol

I love that music becomes the soundtracks to peoples lives and wanted to create my own..

Who were your influences/ idols growing up?

I grew up listening to alot of RnB artists: 702, Ashanti, The Fugees , I got complete vocal envy when I discovered Lauren Hill and pretty much decided that I wanted to be J-Lo when she burst onto the scene:) I think I still secretly want to be her..:)

Acoustic/Electro and a bit alternative- I really think there’s something special in the mix of acoustic instruments and electronic sound, I also have some cinematic, chilled ambient elements and bits of contemporary soul.

How does it feel to work along side artists such as Gloria Gaynor and Shystie?

Amazing! It was such an honour to support Gloria Gaynor, we supported her in Austria at The Kitz Ski Race Party.. It was the biggest stage that I’d ever stood on, I was actually overwhelmed in soundcheck looking out at all the seats, but it was so inspiring to open for such a legend! Shystie’s gig was really cool,  there was a pumped, pumped up crowd, the pandas and I got to really enjoy it.

What do u bring to the Music industry that is new? / What is unique about you?

An ambient sound, a beat that keeps your attention, and a story thats worth listing to.

How many of your songs are inspired by your own personal experiences?

I would say most of them.. I write mainly from how I feel or felt and what I wanted to say, it seems to fall out easier that way.. Sometimes its funny, because I’ll start writing and by the end be shocked I had so much to say..

What music is on your ipod/iphone?

At the moment I’m listening to Daughter, Rudimental and I Ilove that ‘Hey now’ track by London Grammar.

What projects are you currently working on?

I am currently working on a new EP, I feel the sound has progressed alot since my last one, I’m so excited to get the new tracks finished and out there. I Also have a few collaborations in the mix with an uber talented rapper called ‘Meta4’, (his lyrics literally melt me) and a wicked DnB producer called ‘Dushi’. So, exciting stuff to come. I’ve just released my first music video, called ‘Sleeptalk‘ which is really exciting.. There’s a model in his pants lol.. so I think it’s gotta be worth watching- people check it out!!

What do you want to say to your fans and fans of fresh new talent like yourself?

Keep supporting unsigned artists!! Come to the gigs, it’s the best feeling when your tracks been listened to online, and that listener turns into a smiling face in the audience..love it. 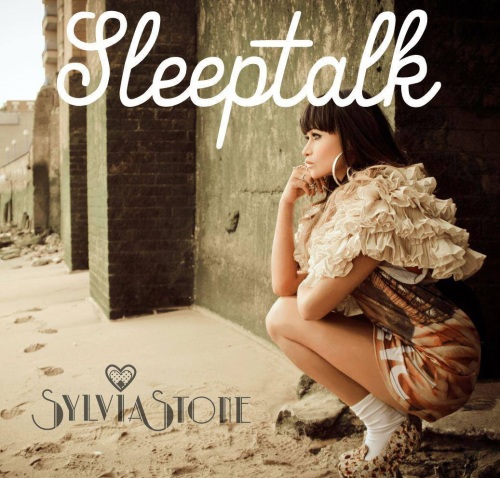 Sylvia Stone’s EP “Clouds of Pink Fish” and  her singles “Distraction” and “Sleeptalk” are all available on her soundcloud www.soundcloud.com/Sylvia-stone for free download.

Do you love UK talent as much as us? Let us know by leaving a comment.