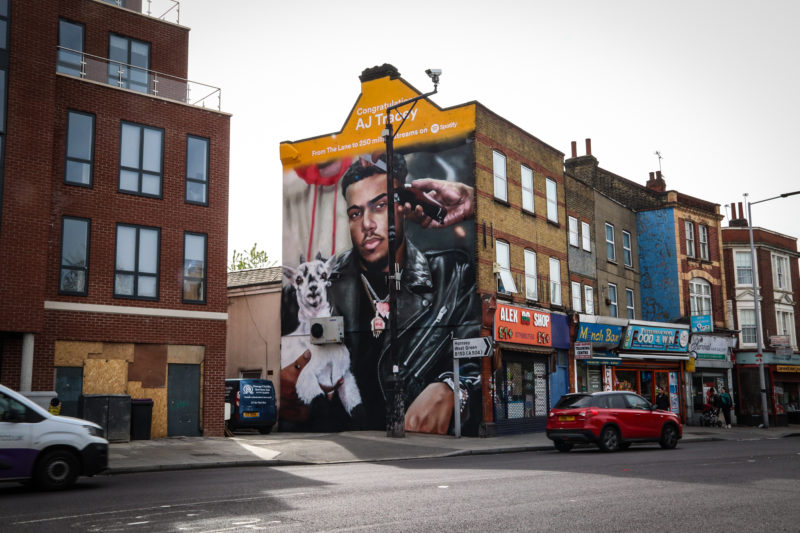 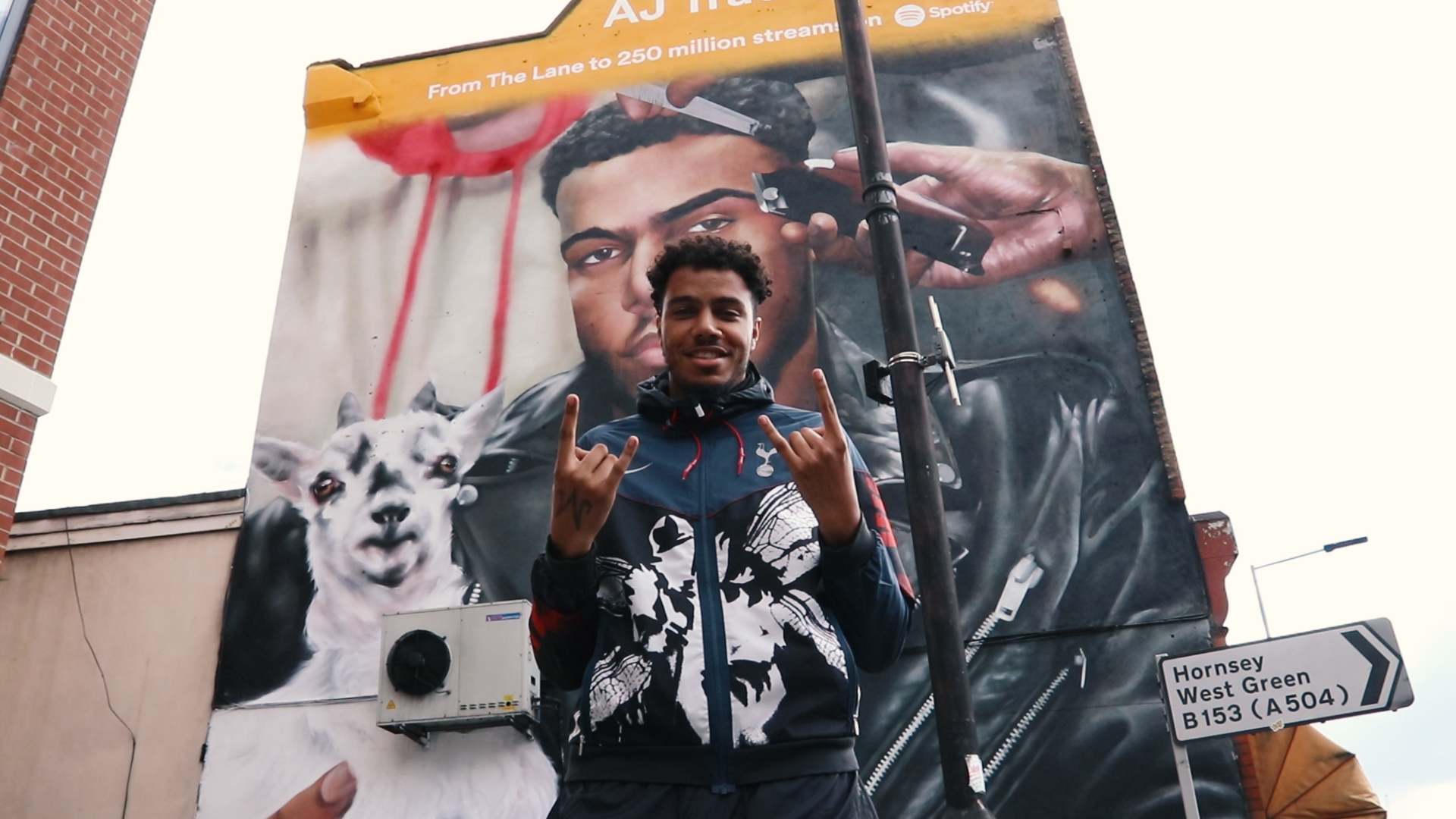 Commissioned to celebrate the artist’s 250 million streams on Spotify, the unveiling comes shortly after the immensely successful release of the artist’s self-titled, eponymous debut. The album has cemented AJ as one the UK’s most exciting new artists with just under 70% of all streams during the album’s first week taking place on Spotify.

Safiya Lambie-Knight, Spotify Urban Lead said: “AJ’s passion for music is paralleled with his passion for Tottenham so it made sense for us to combine the two to celebrate this massive milestone. It’s incredible to witness first hand the power of AJ’s music and how celebrated he is by his fans.

Speaking at the mural’s unveiling, AJ Tracey said: “It’s a blessing, I’m grateful to Spotify for it. Obviously my mum and dad spent time in Tottenham when they were younger so I feel I’ve got a good connection [to the area], everyone knows I rep for the Spurs gang. I used to just spit bars on the block and now obviously, man’s got a big mural and 250 million Spotify streams. I’m chuffed.”