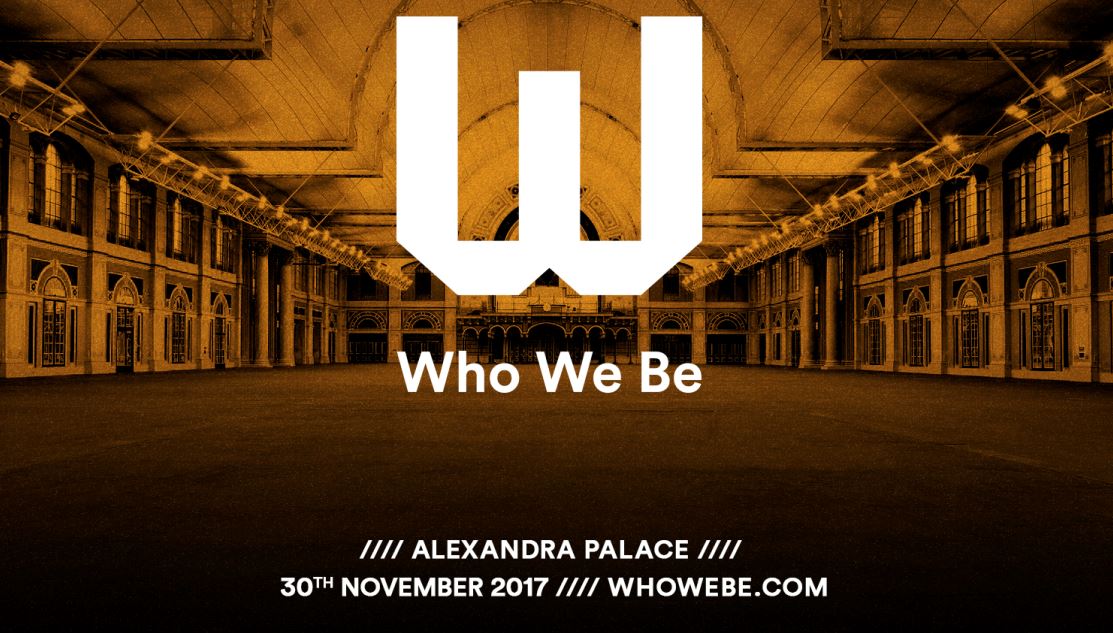 Spotify have announced their first live UK music event : ‘Who We Be’ this November at London’s Alexandra Palace.

Who We Be Live will celebrate the best of grime, urban & hip-hop from the UK and USA under one roof, inspired by the Spotify playlist which features the best of Rap and Grime. The event will be curated by Spotify’s in-house music team, led by Senior Editor, Austin Daboh and his team.

The extravaganza will bring some of the most popular urban artists : Bugzy Malone, Cardi B, Dizzee Rascal, Giggs, J Hus and Stefflon Don, who between them have had over half a billion streams on Spotify.

The event marks an exciting milestone for Spotify, not only moving into the live music arena – working together with promoters SJM – but also continuing its investment and support within UK urban music. Spotify has played a major part in promoting new rap, grime and urban talent, with artists such as Bugzy Malone starting out on the New MusicFriday playlist, progressing onto Who We Be and then ending up on Hot Hits UK – the UK’s largest pop playlist.

Austin Daboh, Senior Editor at Spotify, said: “Spotify has worked tirelessly to support British talent over the last year, and we’re proud to have played a key role in the success of various urban genres such as grime and rap. Who We Be Live at Alexandra Palace is Spotify’s first ever concert in the UK and will bring together some of the biggest and most exciting artists under one roof for an unforgettable night.”

From tomorrow, Sat 9th Sep Spotify will be emailing fans who actively listen to their favourite artists & Who We Be Playlist followers an opportunity to purchase tickets in the exclusive presale.

This event is not to be missed!