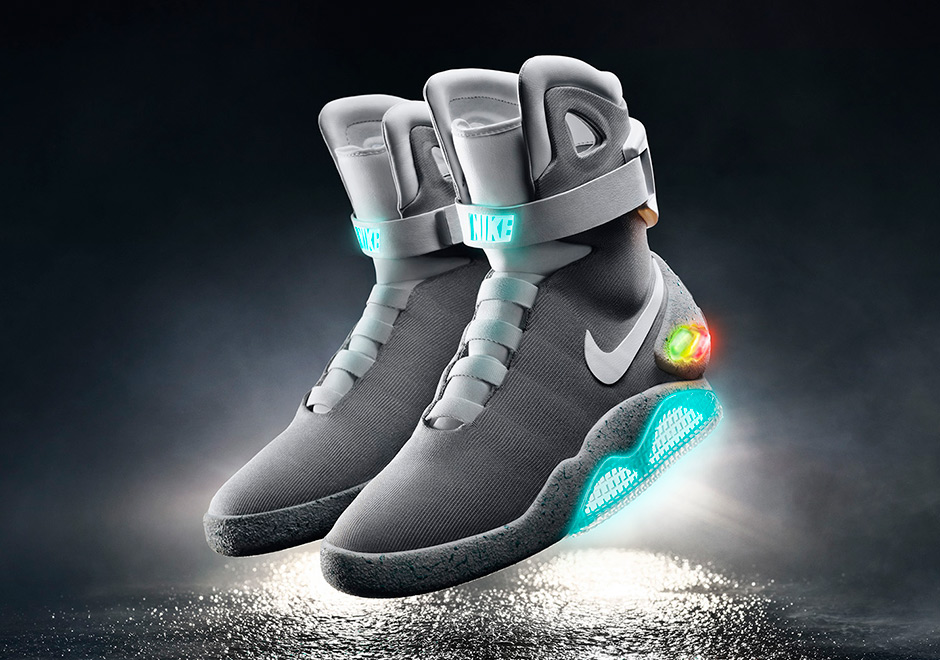 The Nike Mag seen in Iconic film Back To The Future II will finally see a release tomorrow! The fully functional power-lacing Nike Mag is one of the most sought after sneakers in the game and its release date has been elusive up until now, the shoe will release via auction in the same way that the silhouette was released in 2011, with all proceeds going to the Michael J. Fox Foundation. The difference between the last release and tomorrows is that the power lacing system will be fully functional. We will bring you details of how to get involved or if you can get involved in the auctions as soon as we have them.

Be the first to comment on "THE NIKE MAG AUCTIONS WILL GO LIVE ON OCTOBER 4TH, 2016"