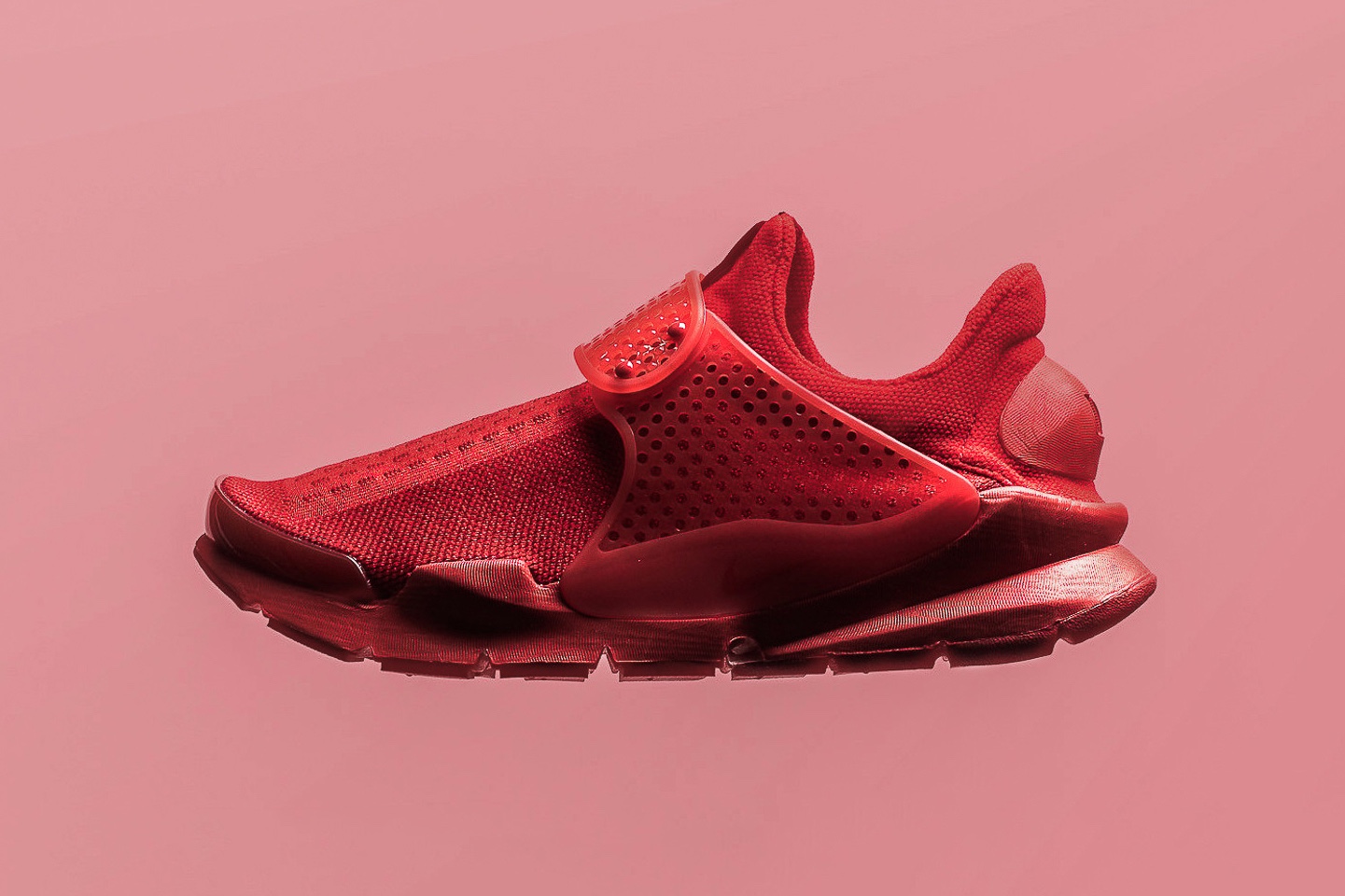 It appears Nike is attempting to re-start the all red craze it initially started by draping the Sock Dart in University Red, which is sure to be a smash hit for the upcoming warmer months. Aficionados of this model will note the similarities between these and the Independence day pack that released a couple of years ago.

The colourways may have different names but it’s hard to notice many differences; which is great if you missed out on the independence day pack. Expect this trainer to start popping up in shops shortly as it is already starting to appear overseas.