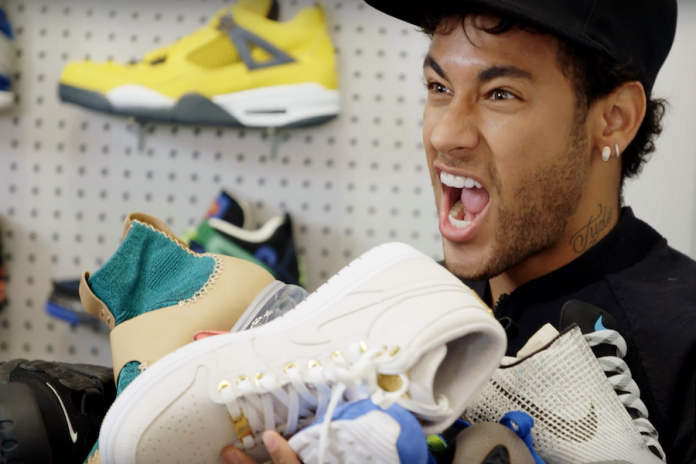 Complex has been running its Sneaker Shopping series via Youtube for a number of years now with celebrities from Rapstars to athletes spending their money on heat and talking about their passion for sneakers. In the latest episode, Barcelona Footballer Neymar has blown the competition away by dropping $18000 on trainers. Yes you read that right Neymar spent more than most peoples yearly paycheck on kicks. The football star may be involved in a tug-of-war between his current club Barcelona and PSG but his love for trainers clearly hasn’t diminished.

Despite being sponsored by Nike and receiving all of their latest releases ahead of the sneaker stores Barca’s number 11 dropped a huge amount of money exclusively on the swoosh. We don’t want to spoil the whole video but some of the Brazilian’s notable purchases include the Nike x Supreme Uptempo in Black, Lebrons and Yeezys.