From her 2006 summer defining smasher ‘Smile’, to 2018’s ‘No Shame’, Lily Allen has worked tirelessly to become one of the UK’s most successful and influential artists. Festivalgoers can expect an unforgettable finale as she closes the four-day festival on Sunday 12 July.

Multi-platinum selling Public Enemy Radio (feat: Chuck D, DJ Lord, Jahi  + S1W) will return to NASS on Sunday 12 July with an explosive set, packed full of classics. Public Enemy Radio will bring a fresh take to their iconic tracks with a multi-media experience from one of the most important and influential groups of all time.

Since the release of ‘Party Here’ and its follow up ‘Hands’ and ‘100 Degrees’, BBC Sounds of Music 2019 winner Octavian has won praise from the likes of Drake and walked the runway for Louis Vuitton. His appearance on NASS’ mainstage on Saturday 11 July is set to be a highlight of the festival.

Tickets are on sale now via the NASS website. NASS Festival operates on a tiered ticket system. This simply means that ticket prices start cheaper for the early birds and increase as time goes on. Book now to guarantee the best price! 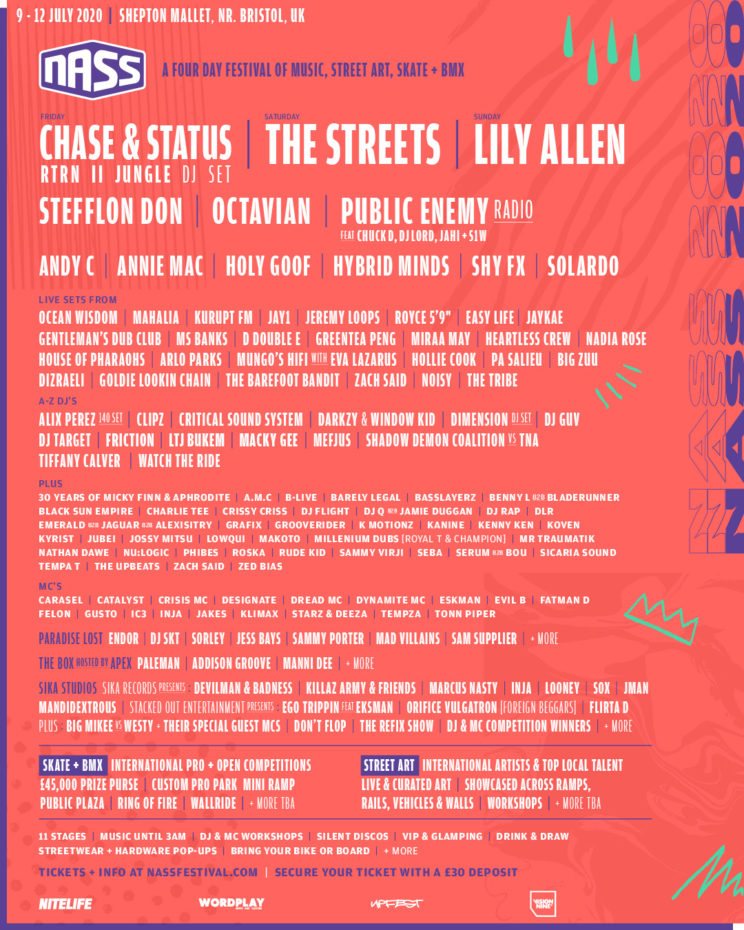