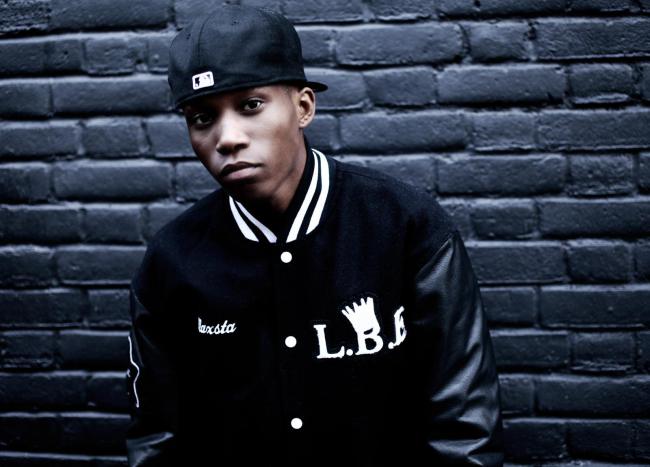 Recently we caught up with UK Grime MC Maxsta, having just left Sony, his record label of 2 years, been featured on Lord of the Mics 5 and releasing his independant Mixtape ‘Maxtape 1.5’ we had lots to talk about.

How does it feel to have left Sony?

There are so many ways you can take it, one could have been me looking at it as a big disappointment, but for me to be recognised on that level, that means I have something that corporate people in the office world understand. The only people from the urban scene that have signed with Sony are Chip, K Koke and myself. I just feel good that I was in those surroundings.

Maxtape 1.5 doesn’t feature many big names, so with the success of ‘I Wanna Rock’, what did you do differently with this mixtape?

The process of this mixtape for me, is just cool to know that everything came from me. There are many MC’s that I could have worked with, but to me I just wanted to make a grounded project for myself. Being with Sony for two years, I’ve only now got back into the mind frame of ‘what can I do by myself?’ Without having that big MC on the track or, without my manager, this mixtape was just for me to find that out.

What is the message behind ‘Got Gassed’?

Every song that I did I knew what picture I wanted to paint through them all, I had the ear for what I wanted to hear. There are a couple other grime tunes on the mixtape, but I wanted one that was a little light hearted and one you can still bubble to.

How did you resolve the beef between you and Big Nasty?

It was never meant to be as bad as it looked, but he dissed my brother.  We are cool on a mutual level, but I’m never going to like him. When you do music you have to be the bigger man about things.  Talking about a dead relative is crazy, but now I can be like yea you dissed my brother but in my head I’m somewhere and you’re where you are so it doesn’t bother me.

What have you learnt from being in that altercation?

There’s a certain black energy that we need to let go sometimes, I have learnt that, but not every black boy is going to.  Sometimes its easy to get drawn in, depending on who your around, I’m 22 now so I would handle that situation a lot better if it was repeated.

Who in the UK scene do admire and respect in terms of their achievements?

In terms of over the last ten years, I’d say Kano, Wiley and Dizzie. However of recent years I would have to give it to Krept and Konan.

You started your Music career at the age of 14, you’ve been signed to a major record label and  now you are independent ,being 22, what are you now looking to gain from music?

I do music first and foremost because I love it. Through my whole Sony period, I’ve managed to get money to do business with my parents, you’ve got to think about life from a life perspective, not just I do music so I’m gonna make a million pounds, because you might not.  I would never want to stop making music, but I wouldn’t say I just want a make a life out of it.

What advice would you give to those who want to follow in your carer path?

You have to be very realistic with yourself. Make sure you don’t sound like anybody else. The only thing that you have that no one else has got is yourself; so don’t use yourself to emulate anybody else.

What can we look forward to from you this year?

I’m working a lot in the studio; I’ve got plans (lol). I’m going to do all the videos for Maxtape. I want to have a good summer in terms of shows. As soon as the last video is out, I’ll be working on another tune.

THE KING OF SNORKELS

Be the first to comment on "MAXSTA TALKS ABOUT MAXTAPE 1.5, LEAVING SONY AND MORE"