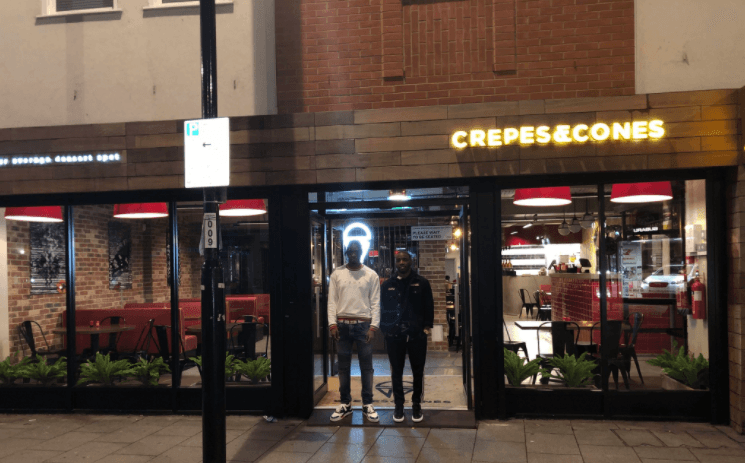 Rewind back to 2014 Krept had tweeted ” We will have have a dessert chain restaurant one day called ‘Crepes And Cones’.” & fast forward to 2018, they’ve turned dreams into reality.

Having teased fans on Instagram over the last few days with messages such as “Big announcement tomorrow” & “You lot have been waiting for this one” which had us wondering what they were up to, was it new music? An album? another concert?

They let the cat out of the bag early this morning by announcing the opening of their first branch in Croydon on May 12. “We said it in 2014 and realised that in life you just have to go for it,” “After working on this for over two years, I’m so proud to announce that me and Konan are opening our restaurant next week” said Krept.

“We do crepes, waffles, grilled food, chicken, burgers, ribs, hot dogs to name a few. Yes, it’s halal. And we even have vegan options and ice cream. We do cocktails, mocktails, slushes, milkshakes, everything. Honestly, [I’ve] put my blood sweat and tears into this. We even have a private room to hire.”

KING OF TRAINERS – TOP 5 RELEASES OF THE WEEK

Brixton, Gangs, Shutting Down Shows and Spotify Who We Be: Interview with Sneakbo