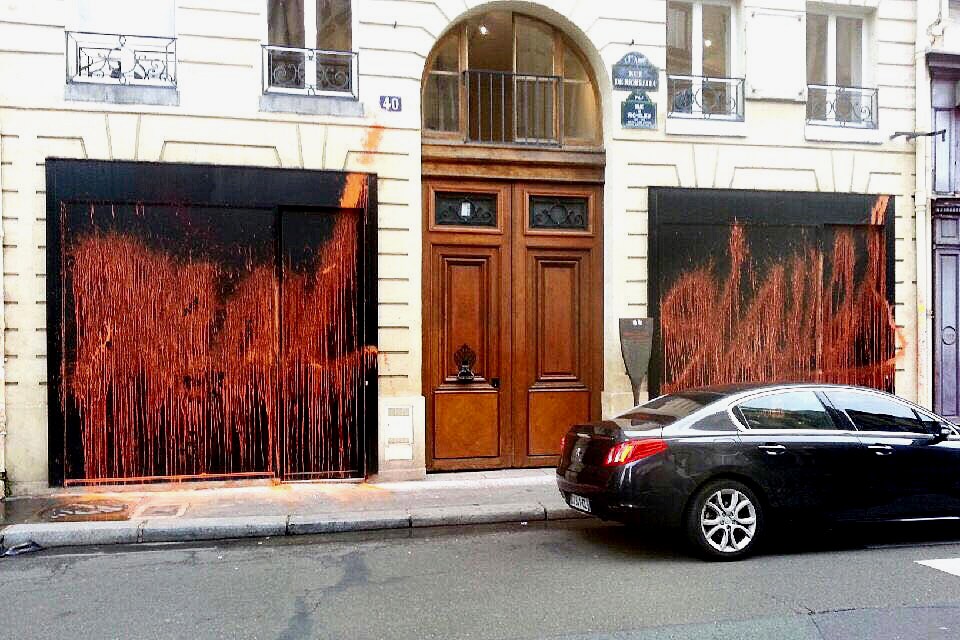 Kidult is the loveable pain in the ass that defaces High Fashion’s flagships stores with anti consumerist slogans. The French Graffiti Artist has previously made Hermès, Louis Vuitton, Maison Margiela, Marc Jacobs, Chaneland A.P.C.‘s flagship storefront his victims and now his latest victim is Kanye West. The Yeezy’s The Life of Pablo pop-up tour has reached Paris and instead of everyone becoming excited and taking pics outside Kidult has tagged the space with the slogan “REAL SLAVES” an indirect at Ye’s track ““New Slaves” and at the hundreds of hungry consumers lining up to cop the coveted Merchandise.

How many of us… #realslaves