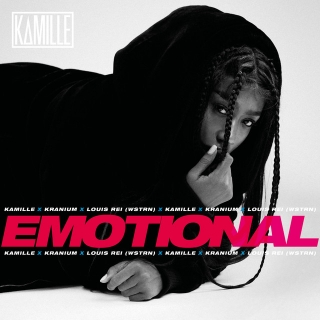 Rising star Kamille has just released her latest single a sultry track titled Emotional. Featuring Kranium and Louis Rei of WSTRN the song was premiered by DJ Target of BBCs 1 xtra as his Targo Embargo, Emotional is the perfect sound track to summer 2018.

Speaking about her new track the up and coming artist had this to say “Emotional is such an important record for me because it represents my Caribbean heritage, it’s a piece of who I am. I had so much fun making this song with my friends – Shakka, Ghosted, and my boy ADP on the mix. I’m so honoured to have Kranium, my fellow Jamaican, as well as Louis from WSTRN feature on it. In three words, Emotional is playful, sexual, and fun…it’s about that point when the desire two people have for each other can get too much to handle…”

Charlie Sloth Teases A Drake ‘Fire In The Booth’