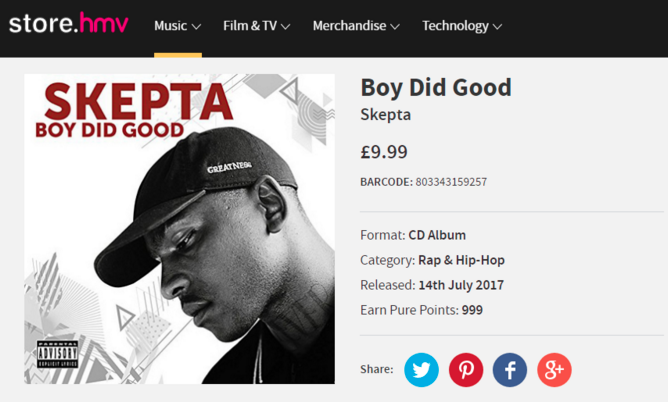 HMV have turned heads by selling a new Skepta album/ compilation named ‘Boy Did Good’ with the artwork on the back showing model Chris Reid in a tracksuit.

The unknown Skepta project dropped online HMV’s website on the 14th of July which left us scratching our heads. There was no prior mention from Skepta or the BBK team regarding the album. The ‘Boy Done Good’ appears to feature some of Skepta’s best unreleased tracks such as the 2008 ‘Gone Again’ Westwood Freestlye which is currently only on Youtube.

Physical copies of the release are available to purchase on HMV’s website from £9.99 in vinyl. It’s also being touted online via a number of retailers like Amazon and Banquet Records.

Give us your thoughts on this?