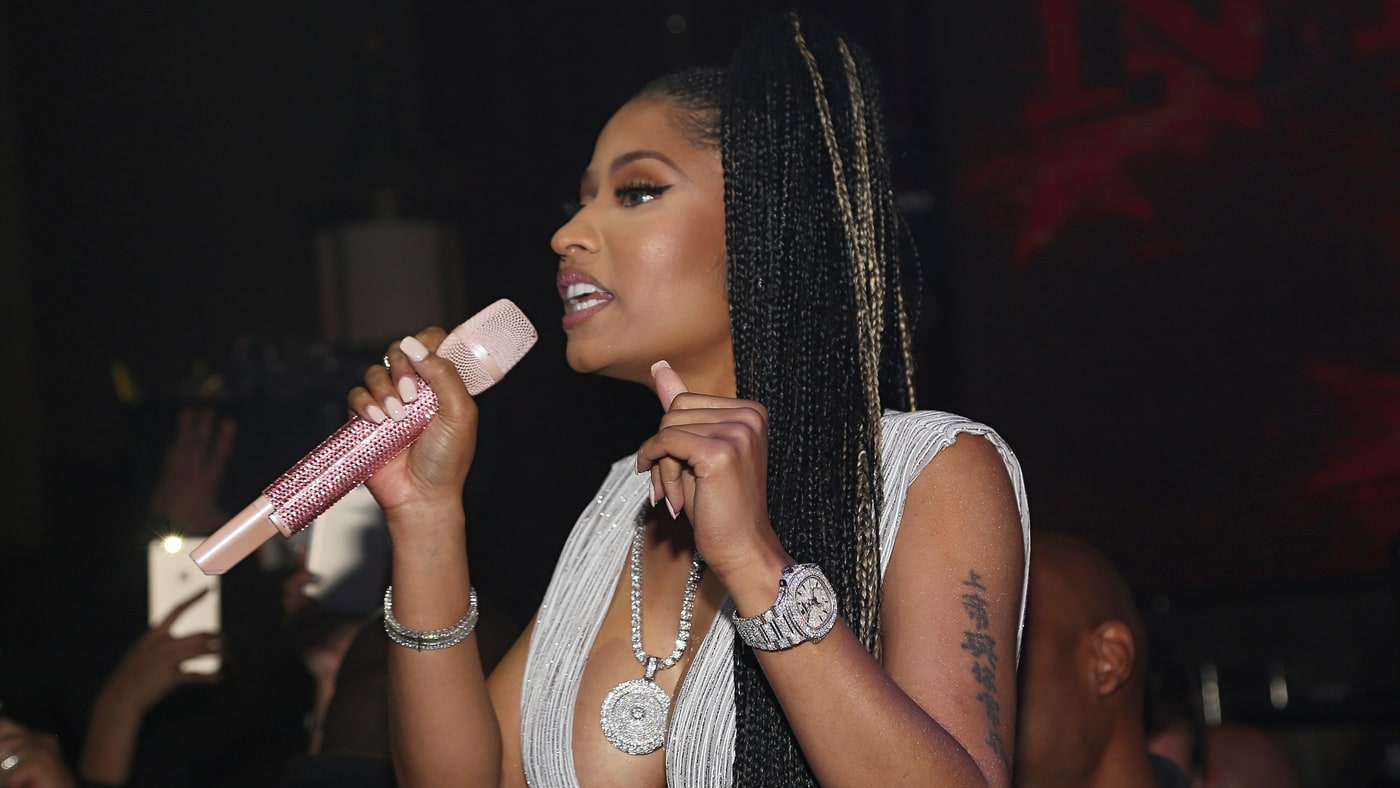 We were waiting for this one!!!

Nicki Minaj has of course responded to Remy Ma’s explosive diss track’s “Shether” and “Another One” with some murderous tracks of her own. Teaming up with her Young Money brothers Lil Wayne and Drake, they take on multiple posers in “No Frauds.” As well as the direct diss Nicki also released “Changed It” with Weezy, again taking shots at Remy Ma, and a third track called “Regret in Your Tears.”

Whilst everyone thought Nicki was gonna ignore Remy Ma’s Lyrical onslaught Minaj goes in for the kill on “No Frauds,” directly calling out Remy Ma’s most recent diss track.

“Tried to drop ‘Another One,’ you was itchin’ to scrap/ You exposed your ghostwriter, now you wish you were scrapped,” she raps. “Heard your pussy on yuck, I guess you needed a pap.”

She applies pressure by questioning her challenger. “What type of bum bitch shoot a friend over a rap?/ What type of mother leave her one son over a stack?/ Lil’ boogie down basic bitch thinkin’ she back/ Back to back? Oh, you mean back to whack/ Back to back? Me and Drizzy laughed at that/ They say numbers don’t matter, but when they discussing the kings/ They turn around and say LeBron ain’t got six rings.”

In “Changed It” Minaj goes at Remy Ma again with the bars “The bitch gambled her career,” she spits. “Now it gonna be severe.”

Later, Nicki announces herself as the champ in their feud. “MJ to the teens/ I am Billy Jean and the bitch is my son,” she proclaims. “I’m doing it for fun, I am the first number, tell them bitches I won/ This hoe getting slick, so I put on gym shoes and extended my run/ MJ, Game 6, Jackson, Tyson.”

Not just focusing on Remy in her three track drop Minaj also gets personal on “Regret in Your Tears,” addressing her breakup with Meek Mill.