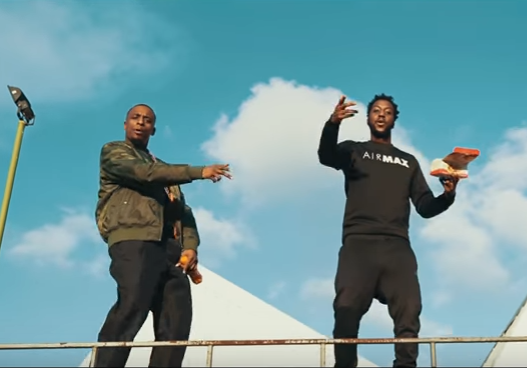 Skanks at the ready! Birmingham’s Safone and North London’s Capo Lee along with J Beatz on production have made the infectiously feelgood track ‘Gyal From Brum’. It’s clear from the bubbly vibes emitted from the video for the track that the two MCs are clearly joyfully fearless in both their lyrical abilities and their accomplished dance moves. If it’s not the ad-libs that getting you gassed or the trademark funk in J Beatz’s energetic, bass-filled instrumental underneath Saf & Capo taking turns to lenging it down on the riddim, it’s surely got to be the feelgood factor being emitted just by watching the video, the skanks on show are top quality and don’t even get me started about the Michael Jackson dance moves towards the end. If you’re not in a better mood or happily skanking after watching/listening to this banger, you didn’t take this in properly.

Saf, Capo and J between themselves have cooked up a summer banger. Big ups to Wowa for capturing the carefree energy present and directing the video. Expect to hear more of ‘Gyal From Brum’ on radio stations and in raves across the country.

Brixton, Gangs, Shutting Down Shows and Spotify Who We Be: Interview with Sneakbo