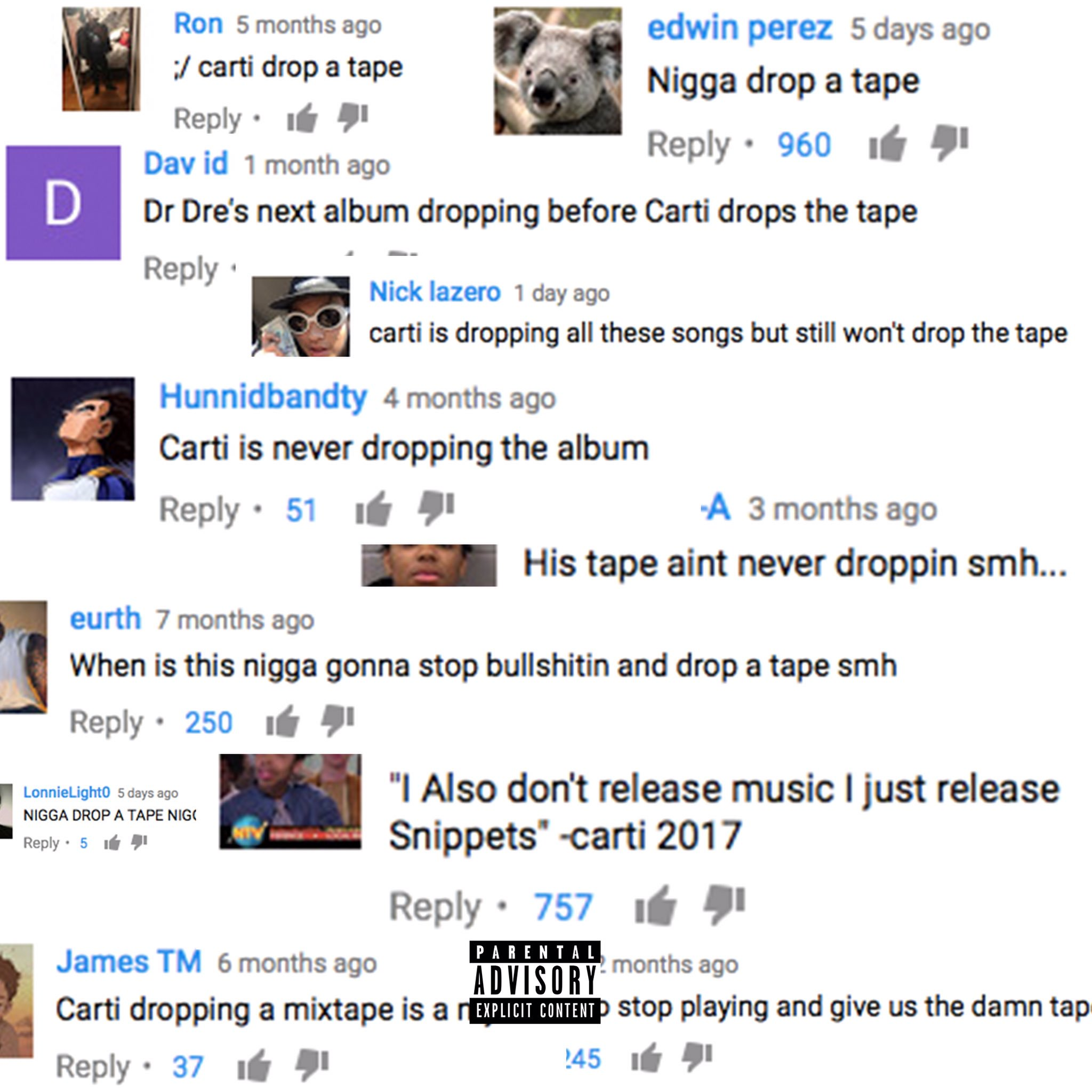 If your an avid browser of Youtube or Soundcloud the chances are you’ve heard of Playboi Carti. The young Atlanta rapper embodies everything the new wave rappers represent, having fun and not over thinking life. Carti effortlessly bridges the gap between music and fashion, which has helped him gain a notable mentor in A$AP Rocky. He has now been inducted into the A$AP Mob and has become great friends with Lil Uzi Vert. Having recently dropped his debut album, we take a look at why you should get to know Playboi Carti.

Despite his casual persona and quick rise to fame it hasn’t always been easy for Playboi Carti. Born in Atlanta he quit high school as he realised it wasn’t for him. Instead of turning to the life of hustling with his brother, he focused on music with aspirations of leaving Atlanta. Currently the hottest rappers are all coming from the A, despite this he decided to move to New York to further his career. Here he met members of the A$AP Mob before eventually meeting his current mentor at a house party at SXSW in 2015.

It’s hard to nail down Cash Carti’s genre; but in an interview with Oyster he described his music style as “music to go get it, grind music, turn up, flex music. Summertime flex music! When you hear CashCarti it’s like turn up, grab bands, party you feel me?”

From Music to Fashion, everything the rapper does comes off with an unmistakable ease. His first two underground hits Broke Boi and Fetti highlight this perfectly. It’s hard not to bop your head to either track as Carti casually flows over the beats. The other aspect Carti regularly brings to his music is his ability to create a catchy hook.

After years of anticipation for his debut album/mixtape which is self titled fans finally have a full body of work to listen to. One of the reasons why it has blown up is the fact that the songs are so catchy. Wokeuplikethis and New Choppa are prime examples but the second track on the album Magnolia is the best one. The track has become a meme in and off it’s self. Magnolia combines an infectious beat with simple yet catchy lyrics; it personifies Playboi Carti’s music. If you like this track you’ll like Carti.

2017 is set to be a huge year for Playboi Carti, he’s currently on tour, his long anticipated album is a hit with his fans that “patiently” waited for it (He hilariously hinted that his album cover would be questions from fans asking where his tape was). He could add to his year by being named on the XXL freshman list for 2017 which many people believe he is a shoo-in for. It is hard to deny the fact that Playboi Carti is simply just cool, he is the definition of the new wave rapper.

You can listen to Carti’s album on the usual spots including his Soundcloud.