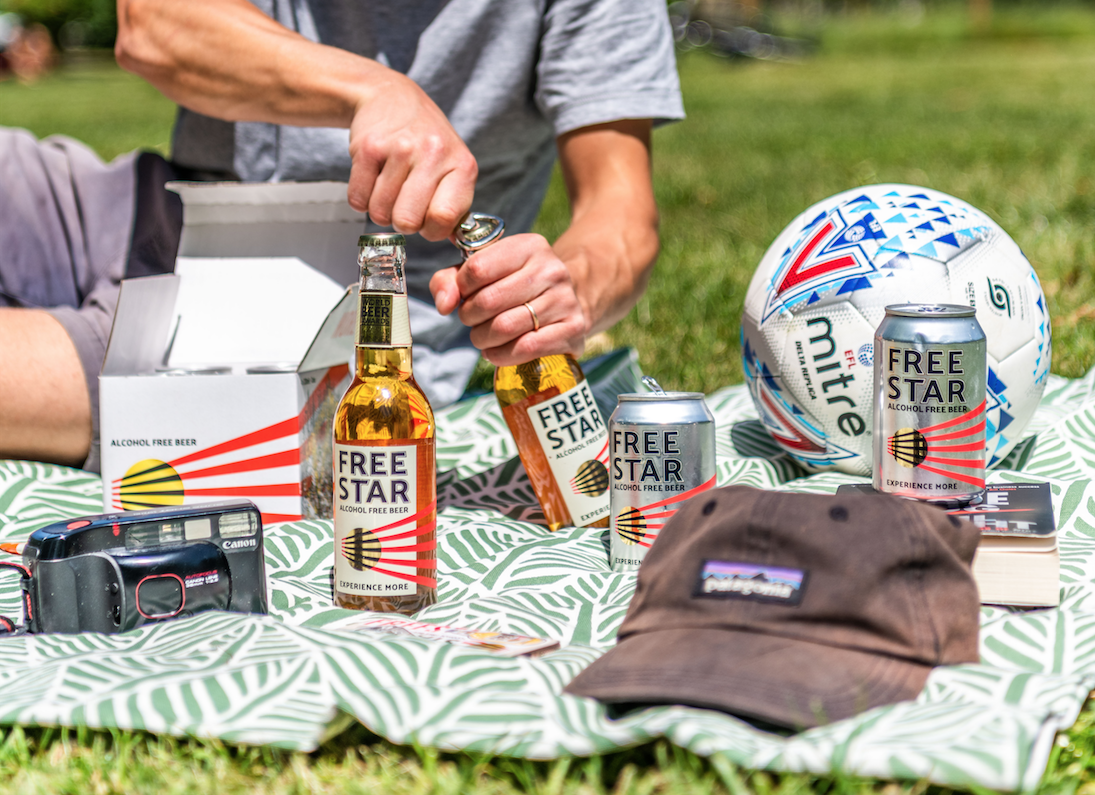 With the Premier League kicking off this week, football fans everywhere will be glued to their screens, no doubt with a beer in hand. But after a three-month break from football-fuelled boozing, not everyone will be in the best shape. Freestar has created a training programme to ease fans back into their new sports regime and is giving away crates of its 0.0% beer to ensure you make the full 90 minutes.

Six hours of football will be played on the first ‘soccer Saturday’, starting with Watford v Leicester at 12.30pm and finishing close to 10pm with Bournemouth v Crystal Palace. To help you pace your way through the day, Freestar’s Free-Nil Training Programme is full of training advice and match day tips on how to avoid getting a red card from your partner or housemate.

To complete the programme, Freestar is giving away hundreds of its award-winning 0.0% beer ahead of Saturday’s big match day. Simply comment on Freestar’s most recent Instagram and Facebook post with #FreestarFreeNil to be in with a chance of stocking up your fridge.

Charlie Crawley, co-founder of Freestar says: “At Freestar we’ve missed the Premier League as much as anyone, and we know that there are going to be a lot of excited fans out there (ourselves included) who get a little carried away with the first match day beers. Freestar is the perfect moderator to switch between pints or when you want that great beer taste without the ABV, and ultimately the fuzzy head the next day. We launched Freestar because we were tired of the poor choices available when we weren’t drinking. We wanted a beer that would proudly sit alongside alcohol and that people would be as proud talking to their mates about, as they are with their football team.”

Team up your usual go-to beer with a full-flavoured, alcohol-free Freestar which is the perfect moderator for an all-day session. As the first alcohol-free beer made using a completely alcohol-free process, the pending B Corp company brews with all-natural ingredients and uses 80% less water and 70% less waste than other beer brands. Available in cans and bottles, the 2019 World Beer Award winner packs in bold floral, citrus hops and malted barley to create a new generation of beer which is crisp, refreshing, with a citrus edge. It is 0.0%, gluten free and just 62 calories.

Freestar 0.0% beer is available in cans and bottles at: