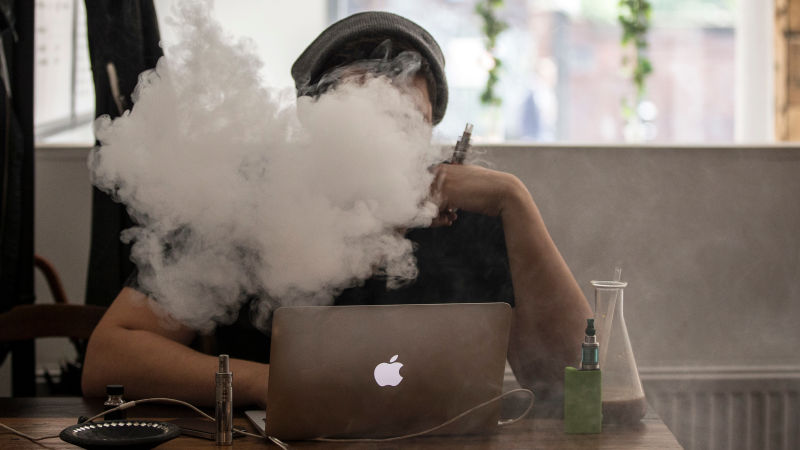 Vaping is a huge trend here in the UK and in America with a Vape Store selling E-Cigs in every town and high street throughout the country. The supposedly healthier and less addictive alternative to smoking has constantly come under scrutiny however by health experts and scientists as they try to discover whether or not E-Cigs are really better for us than smoking ordinary cigarettes.

According to a new study released by Johns Hopkins University’s Bloomberg School of Public Health, e-cigarettes might be exposing people to toxic metals and carcinogens, including chromium, lead, and arsenic.

As reported by Mashable, the study was published on Wednesday in Environmental Health Perspectives. Researchers sampled 56 vape devices from Vapers at Vape Shops and Vape Expo’s.  Previous studies had only looked at brand new devices, which aren’t subjected to the same wear-and-tear as used ones. The study examined not only the liquid inside e-cigs but also the liquid inside the pen’s chamber and the vapor itself. Researchers concentrated on whether the metal coil that heats the liquid in e-cigs was leeching toxic metals or generating them. It actually proved true.

The liquid inside the pens was fine to start, but the liquid inside the dispenser (which was heated) contained significant amounts of lead, chromium, and nickel, as did the vapor itself. These metals have been linked to lung cancer and respiratory disease— just like regular cigarettes.

The findings raise important questions for regulations agencies, including the FDA. “It’s important for the FDA, the e-cigarette companies, and vapers themselves to know that these heating coils, as currently made, seem to be leaking toxic metals—which then get into the aerosols that vapers inhale,” Ana María Rule, PhD, MHS, an assistant scientist in the Bloomberg School’s Department of Environmental Health and Engineering, said in a statement.