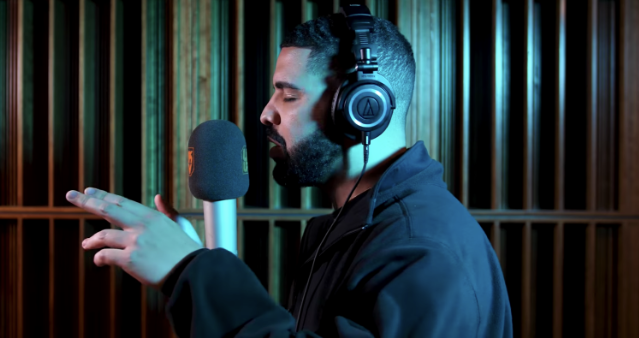 A week after the ‘Scorpion’ album, Drake has dropped a brand new Link Up Tv “Behind Barz” freestyle.

“They wanna link when they got no chunes / They too worried about selling out shoes / I don’t give a fuck about jeans or crap / Or going to Milan, or going to the Met / I just wanna make these songs for the set,” Drizzy says, taking inspiration from patois & references from Loski Harlem & Headie One.

According to the freestyle, UK rapper and Drake collaborator Giggs set the appearance up. This is a massive step for the UK as a whole. We are gaining the respect within the worldwide industry. Big up Link Up TV too, big things!

Watch and listen below.