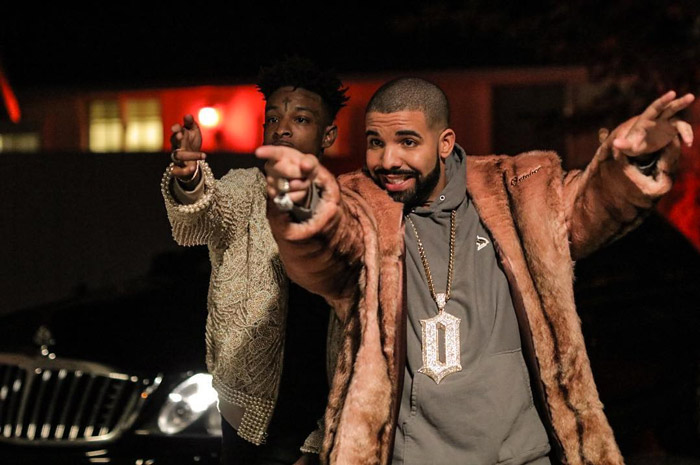 Drake & 21 Savage have finally dropped the music video to ‘Sneakin’. The song has been out for the best part of a year and the video was only exclusive to Apple Music until Drizzy released it officially on his Youtube page.

The visuals are seemingly different to the usual we’re used to seeing 21 and Drizzy feature in. The video is shot with what looks like an old school VCR camcorder, showing the home video quality with the two rappers hanging out poolside at Drake’s OVO mansion filled with cars and women.

Take seat and enjoy the video below.