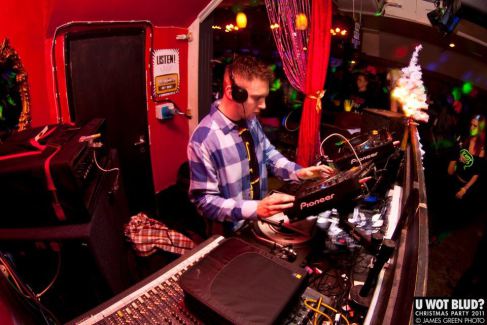 We caught up with DJ Rage aka Ross Page, House DJ from Hastings, East Sussex.  DJ Rage described that his first influences in music stemmed his Mum’s love for music. She used to buy music from the likes of Angie stone, Michael Jackson, Whitney Houston, Destiny’s child, TLC, Gabrielle, Mariah Carey, The source, Chaka khan, soul 2 soul. We cut his list down, he had loads of examples! An iconic moment in DJ Rage’s life was the first single he owned which was bought for him by one of his cousins, Tina Moore- Never gonna let you go which he loved. This really pushed his focus onto 90’s dance/garage/house. This developed to him discovering his own taste in music in his pre-teens. Listening to the likes of living joy, Rosie Gaines, ultra Nate, robin s, the blue boy, stardust, bamboo, the bucket heads, Fatboy Slim, again the examples continued. It was only when a friend in college now known by the DJ name of Bloc 20 that the art of mixing vinyl was introduced to him but quickly took this on as his favorite hobby mixing old school garage. From this time forward he looked more in depth into garage building up a vast collection of vinyl, moved seamlessly into speed garage and baseline before more recently collecting uk funky, bass music, house and deep house which he currently plays. Current influences include Maya Jane Coles, eats everything, gorgon city, George Fitzgerald, hot since 82, t Williams, dj zinc, Jessie ware, roses Gabor. Catch DJ Rage at the U Wot Blud Springbreaker’s Rave on the 23rd of March @ Bar Moda Hastings. Check out his soundcloud at: https://soundcloud.com/pagerrage twitter: @pagerrage

Be the first to comment on "UK DJ – RAGE"