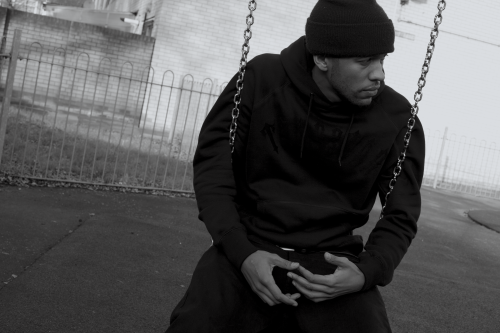 North London Rapper Coops releases his mixtape ‘Lost Soul’ today and hosts a launch party for his fans and friends at Birthdays nightclub in Dalston. Having an oldskool flow and flair for fashion has earned Coops a performance opening up for Hiphop Legend Nas and built him a fanbase of true Rap connoisseurs,we caught up with him to get to know a bit more about his new single ‘Blessings’ and his upcoming Mixtape.

For those who are new fans of yours, who is Coops? How long have you been making music? and how did it all come about?

I first started rapping about 2009, I put out my first mixtape ‘What Do You See?’ in February of last year and now I’m about to release ‘Lost Soul’ Which drops June 2nd.

Why do they call you Coops?

My surname’s Cooper, so friends just called me Coops from school days. and it stuck.

Coming from North London, how do you feel that the environment you live in influences your music?

My music is a product of my environment that it’s made in I suppose, I get all my inspiration, ideas and contents from what’s happening around me.

Compared to the faster flows out there in the UK Rap Game your flow has a very laid back almost effortless feel to it, is that intentional?

Yeah my music is influenced by the 90’s HipHop era so that’s why its got that Boom Bap vibe to it.

The video for your latest track ‘Blessings’ is a very artistic video, was that always the plan for the track or did it just happen that way?

I wanted all the videos to have an element of creativity about them, something different, I wanted to stand out. In the scene I stand in today everyone’s quite generic with their themes in the videos, like “Yeah, get a penthouse, get a this, get some gyal, boom boom boom, shoot!” But I suppose that, I wanted the visual to convey the same thing as the music which is that I am different, fresh and unique.

With ‘Blessings’ you worked with another UK artist Rexx, have you been working in the studio with any other artists recently?

I’m not gonna let out too much as my mixtape ‘Lost Soul’ is out this month with a few features on it, but I will say that I’ve got a video with Benny Banks coming out on Monday.

Okay so we need to wait?

Yeah, you need to get the mixtape to hear the rest.

Something more fashion related, Within the last few weeks you’ve become a member of the Trill Made clothing society tell us a bit more about that.

Trill Made, that’s one of my friends that I met when I was down at Uni in Southampton, he made his clothing line, gave man a few items and made me a member. I was like yeah man I’m happy to support that. It’s sick!

Monday  the 2nd June is the launch party for your second official mixtape down at Birthday’s nightclub in Dalston. So congratulations on that! What can we expect from the evening?

Thank you very much! We’ve got DJ Shortee Blitz down there from Kiss FM. He’s gonna be DJ’ing on the night. Yeah, it’s gonna be big! Expect good vibes, I’m gonna be doing a little performance, I should have some of my friends that featured on the tape coming up and performing with me. But yeah, basically that’s it man I’m just trying to set the scene for the tape before it comes out.

What can our readers expect from Coops in the future?

You can expect me to be here to stay! Haha..I’m not going no-where, I’m here now you can expect a bright future.

Be the first to comment on "COOPS – INTERVIEW – NORTH LONDON RAPPER"