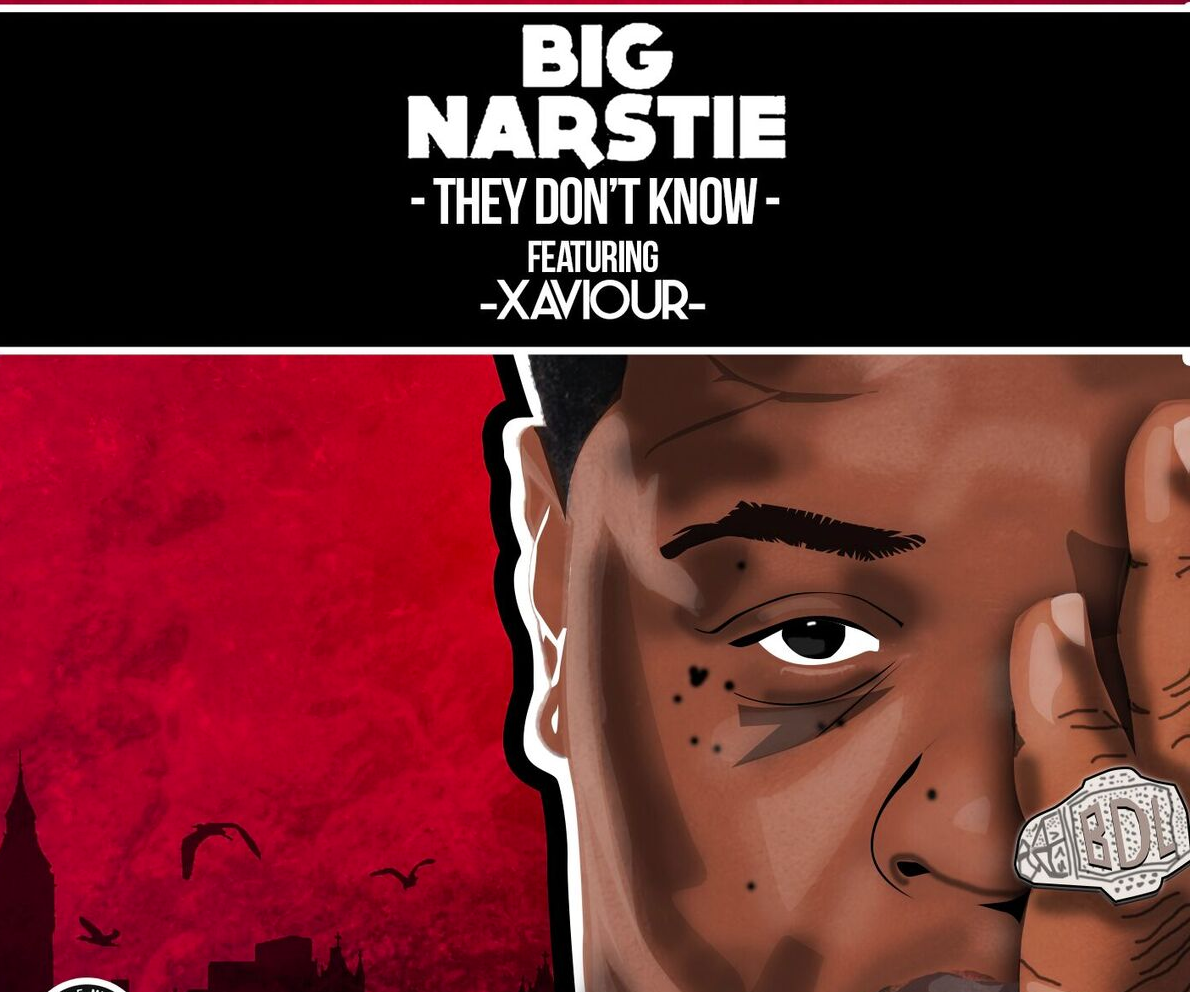 BDL Commander-in-Chief Big Narstie is most known for his bubbly personality, his incredible sense of humour and being the king of banter among grime MC’s so don’t fuck up the base when you’re around him. After an sensational 2016 which saw him join forces with a rejuvenated Craig David with the hit song ‘When The Bassline Drops’, a track that charted inside the top 10 on the UK Singles Chart, Narstie also went on to release his own Bass Invaders app and the summer banger ‘BDL Skank’. Right now, the Brixton spitter is working on his new album which will see the release of the fruits of his studio labours with some exciting and unexpected collaborations.
However, it’s not all fun and games with Narstie, he’s a guy who from time-to-time can delve into hard-hitting topics with stone-cold realness and the sharpest of bars that go straight to the point. In a new song called ‘They Don’t Know’ which features singer Xaviour, Narstie rends his heart out, discussing the hardships he had to deal with growing up. The come-up in the game hasn’t been easy for Narstie, you can really feel the raw emotions coming out of him in this song. This refreshingly honest record displays just how versatile Narstie is when you compare this side to him to the fun-loving, rave killing, zookeeper of an MC that we are used to seeing.
The BDL grows in popularity with each passing year with Narstie building a growing reputation for killing off soundboys at festivals and raves across the country. ‘They Don’t Know’ reminds us though there is much more to him as an artist than we think, don’t underestimate his lyrical prowess. Recently, the MC announced he was going back on tour with six dates across the UK confirmed. The tour starts off in XOYO in London on the 3rd of May so grab your tickets here. 2017 is looking like it’s going to be a very busy year for Big Narstie, BDL my bruva.