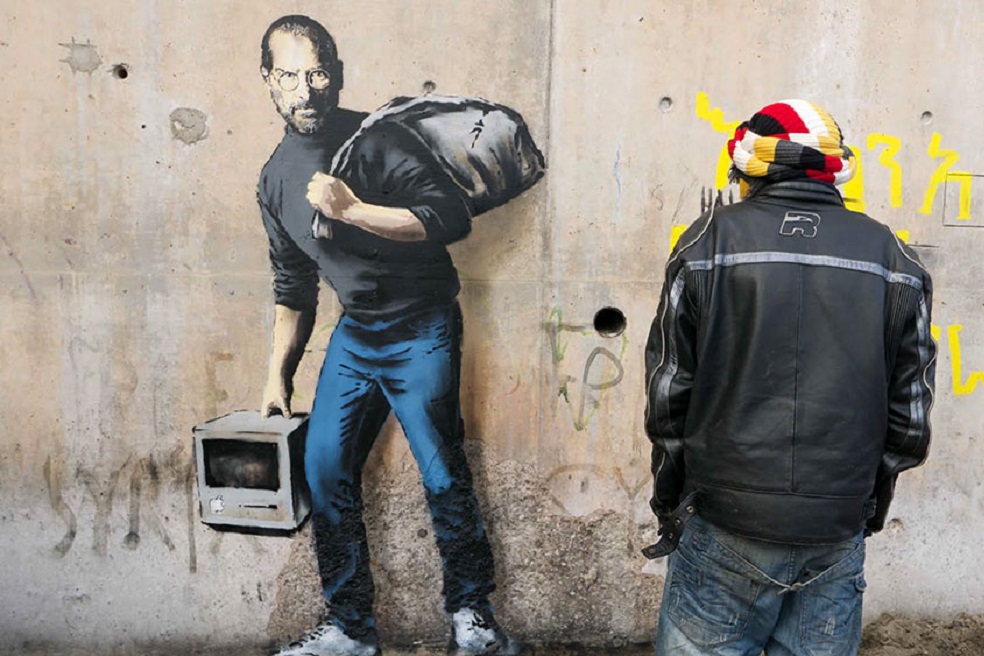 Banksy, known as Britain’s unknown graffiti artist has dropped his latest art on a concrete bridge in the Calais migrant camp. Showing the late Steve Jobs – who was the son of a Syrian migrant, as a Syrian refugee in a camp in Calais. The artwork named “The Jungle”, presents Jobs carrying an old Apple Mac computer and a bag full of other unknown possessions. There are many other pictures with an array of tents lined up close to the painting with the writing “Nobody deserves to live this way” painted to the right. The mysterious British artist has provided his expertise of illustrating the negative attitudes towards the thousands of people living there.