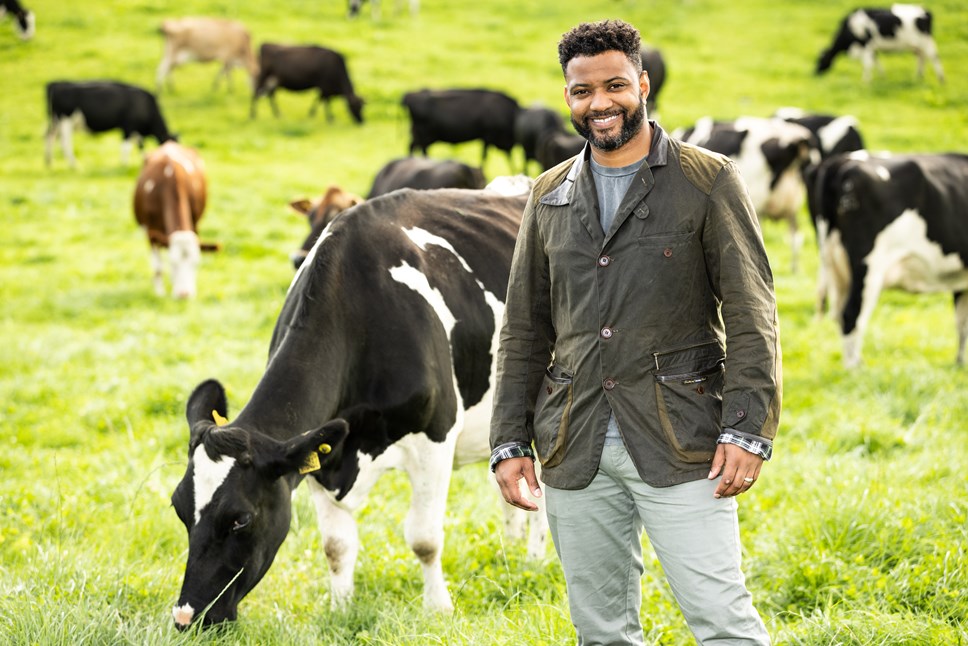 Arla Cravendale® today announces that when it comes to its herds, ‘Everybody’s Free’, as it launches a new industry leading standards programme across its farms. Arla C.A.R.E (Cooperative, Animal Welfare, Renewable Energy and Ecosystem) is a new set of animal welfare and sustainability standards for milk production which includes ‘Free to Graze’, ensuring all cows that produce milk for Arla Cravendale® have access to pasture.*

87%i of consumers care about the welfare of animals that are involved in producing food and when it comes to dairy production, consumers want milk from cows who are looked after with care and attention, who are comfortable and treated as naturally as possible. Which is why Arla Cravendale® has introduced Free to Graze on its farms, as part of the wider C.A.R.E programme, to ensure its milk is produced to some of the highest standards, from grass to glass.

Alongside ensuring cows have free access to nutritious pasture when it is in the best interest of their welfare, Arla Cravendale® is going one step further to benefit its herd’s wellbeing with the launch of a new track ‘Everybody’s Free A Cowppella style’. Studies have suggested that songs that play under 100BPM can calm a herdii, so Arla Cravendale® has created a calming and slower remix of the classic hit ‘Everybody’s Free’, to create a tune that melts the voices of real Arla farmers with the gentle moos and soothing sounds typically found on farm. While celebrating the brand’s Free to Graze standard that has been introduced, the track also allows people to listen to and feel the sense of purity that is found on Arla farms that produce Cravendale® milk.

Kate Liversidge, senior agricultural manager at Arla says: “At Arla Cravendale, balancing nutrition and purity with more sustainable farming methods has become more important than ever, so we’re proud to introduce on farm standards to help nurture and protect our herds and land wherever we can. We know that understanding where food comes from and how it’s made is hugely important to people, so through our Free to Graze standard and the Arla C.A.R.E programme, we can help our shoppers feel confident that their milk is coming from a place where ‘Everybody’s Free’.”

To announce the launch of ‘Everybody’s Free A-Cowppella style’, Arla Cravendale has teamed up with JLS star and farmer, JB Gill, who’s known for playing music to his own herd. JB Gill says: “As a farmer, I’m always interested in what can be done to further benefit animal welfare on farm, so I was excited to join Arla Cravendale and learn more about the C.A.R.E program that they have put in place. Alongside playing music, like ‘Everybody’s Free A-Cowppella style’ on my farm, I also make sure that my animals have access to the land, like Arla Cravendale cows do with the new Free to Graze standard.”

Knowing that cows have access to pasture is hugely important for shoppers, so Arla Cravendale® is leveraging Free to Graze through an on pack C.A.R.E logo so shoppers can be confident that their milk is produced with the highest on-farm standards and produced by farmers that are working hard to reduce their impact on the environment.

‘Free to Graze’ is just one of the standards that make up the Arla C.A.R.E  programme, one of Arla’s highest set of on farm standards to date. Alongside the animal welfare element of the programme, Arla C.A.R.E will see farmers commit to another 12 standards, including renewable energy plans and implementing initiatives that support nature and increasing biodiversity.

Arla farmer, Peter Webster, says: “My herd’s health and wellbeing is always a top priority on my farm, and I think it’s important that dairy shoppers are aware of the high standards we have in place, when they’re in the dairy aisle. From the standards we have in place on farm through to the C.A.R.E accreditation on pack, I hope those who enjoy a glass of Arla Cravendale milk are assured that their milk is coming from the purest place.”

Learn more about the C.A.R.E standards at www.arlafoods.co.uk/care

* As long as weather permits, and it doesn’t compromise their health