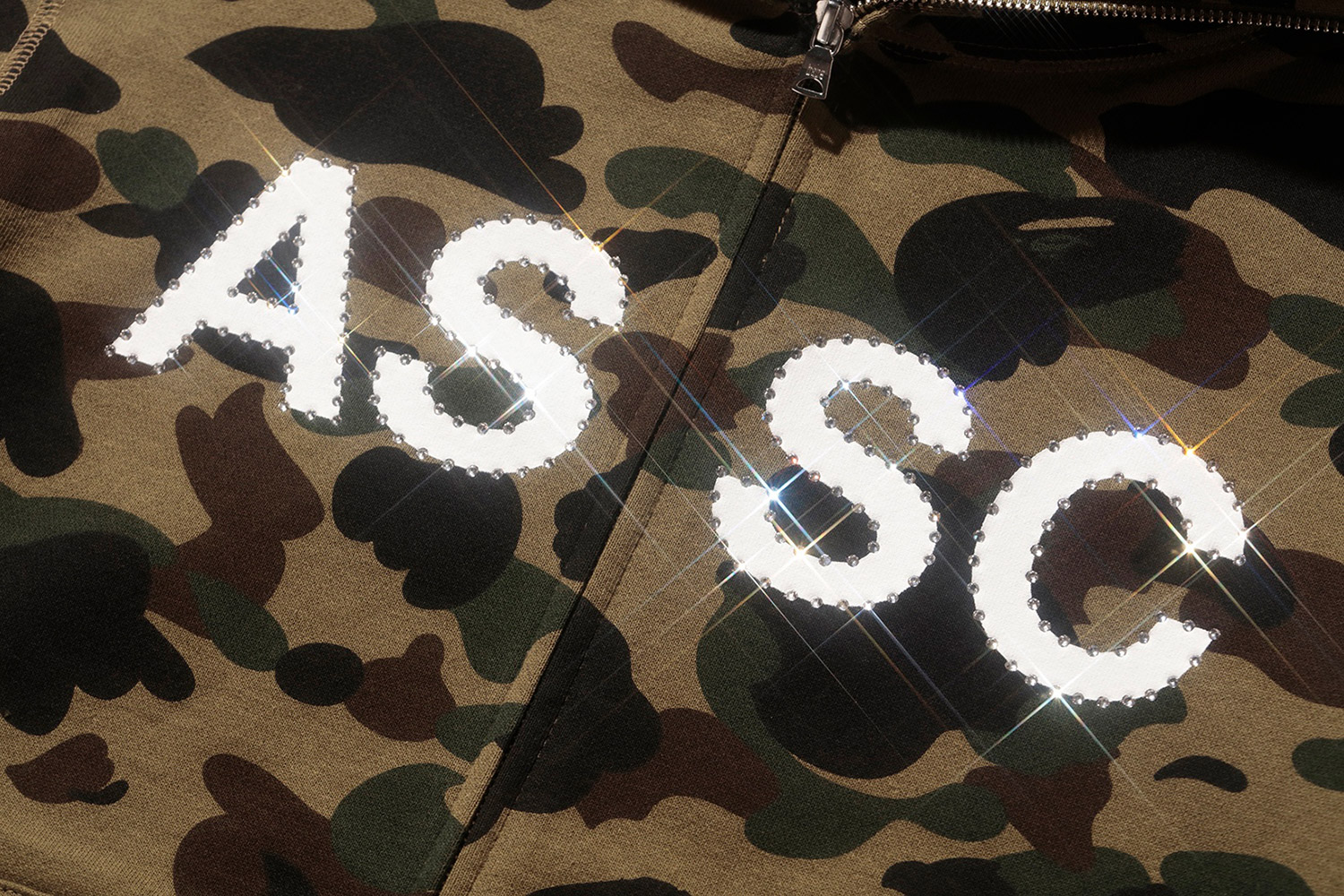 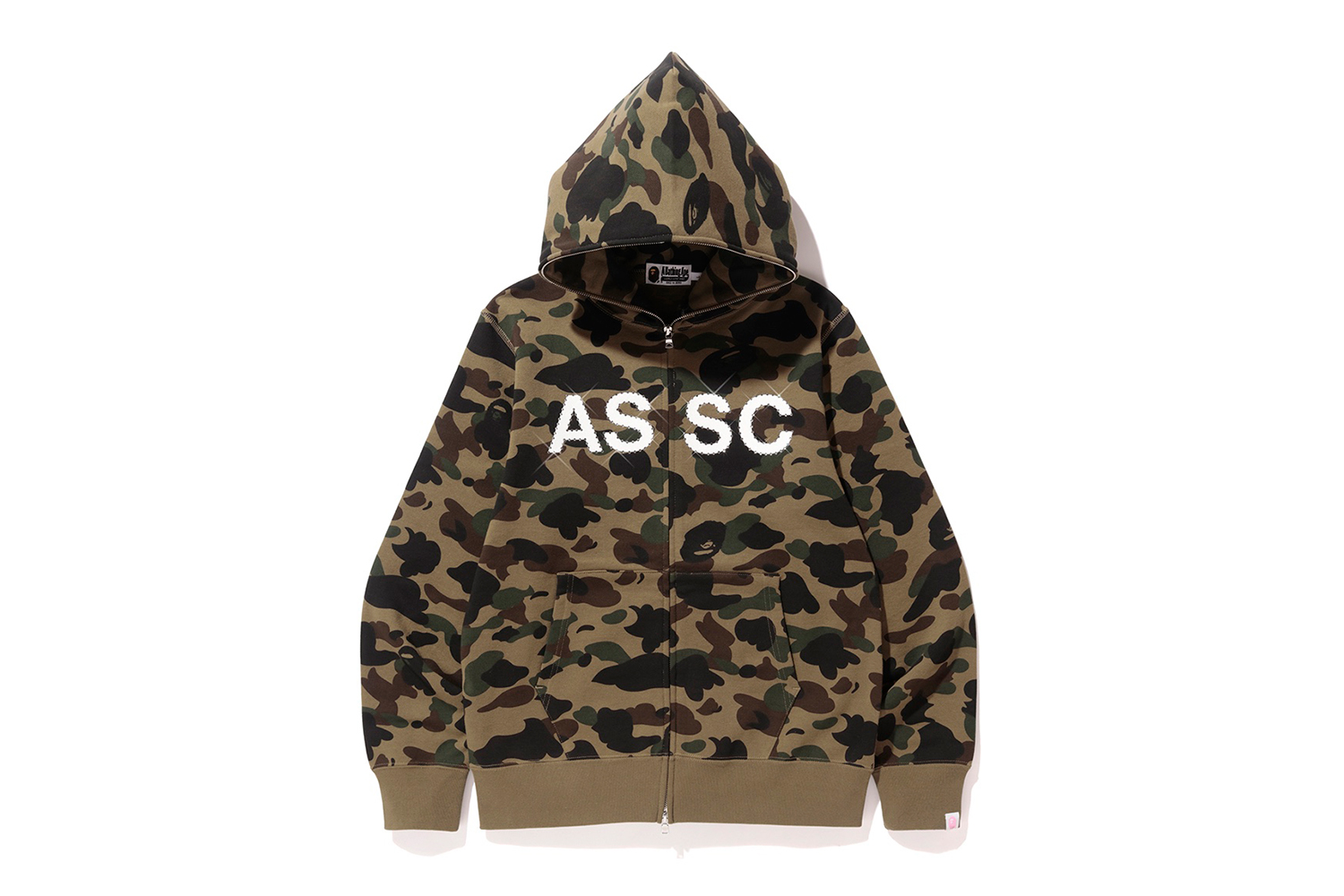 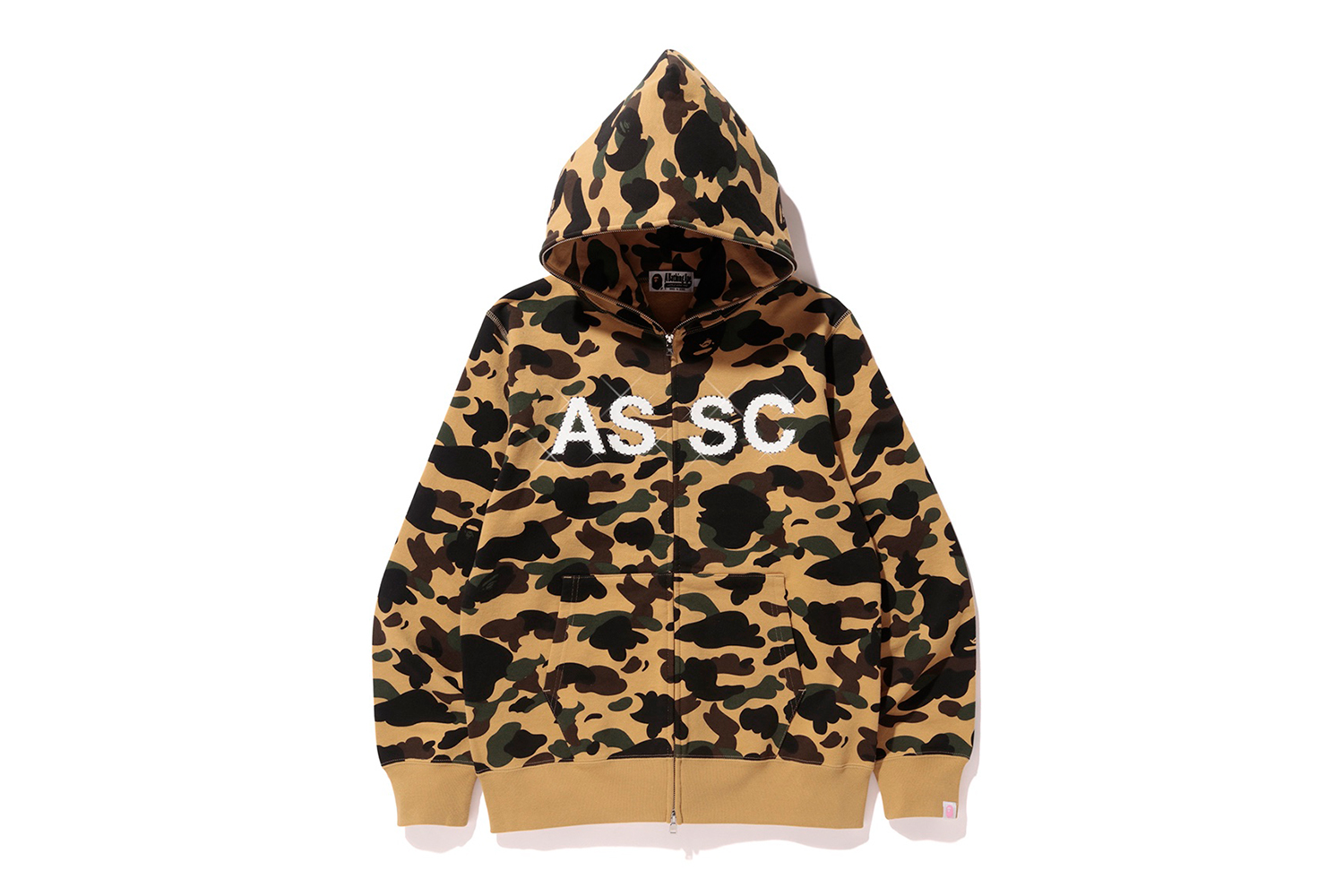 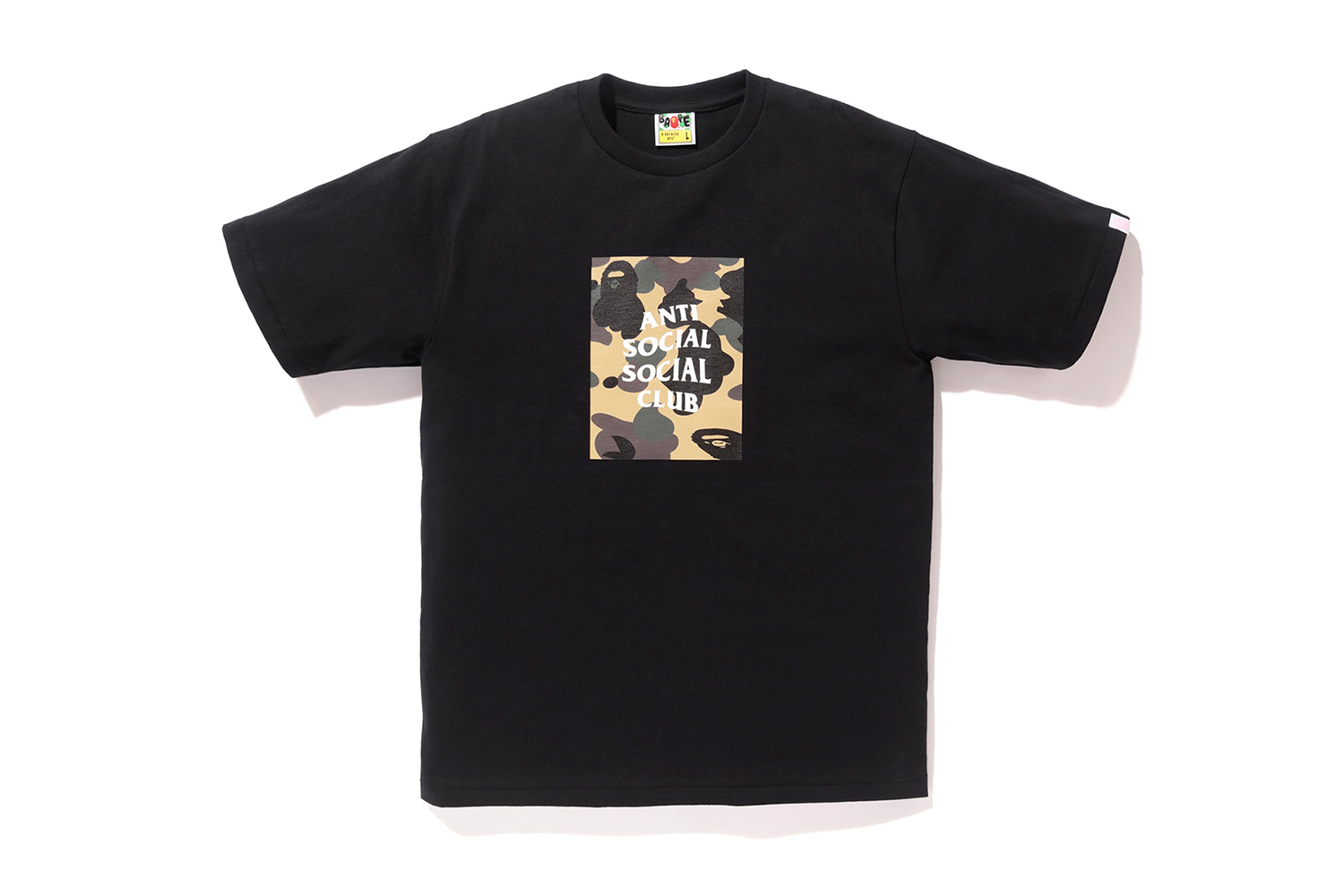 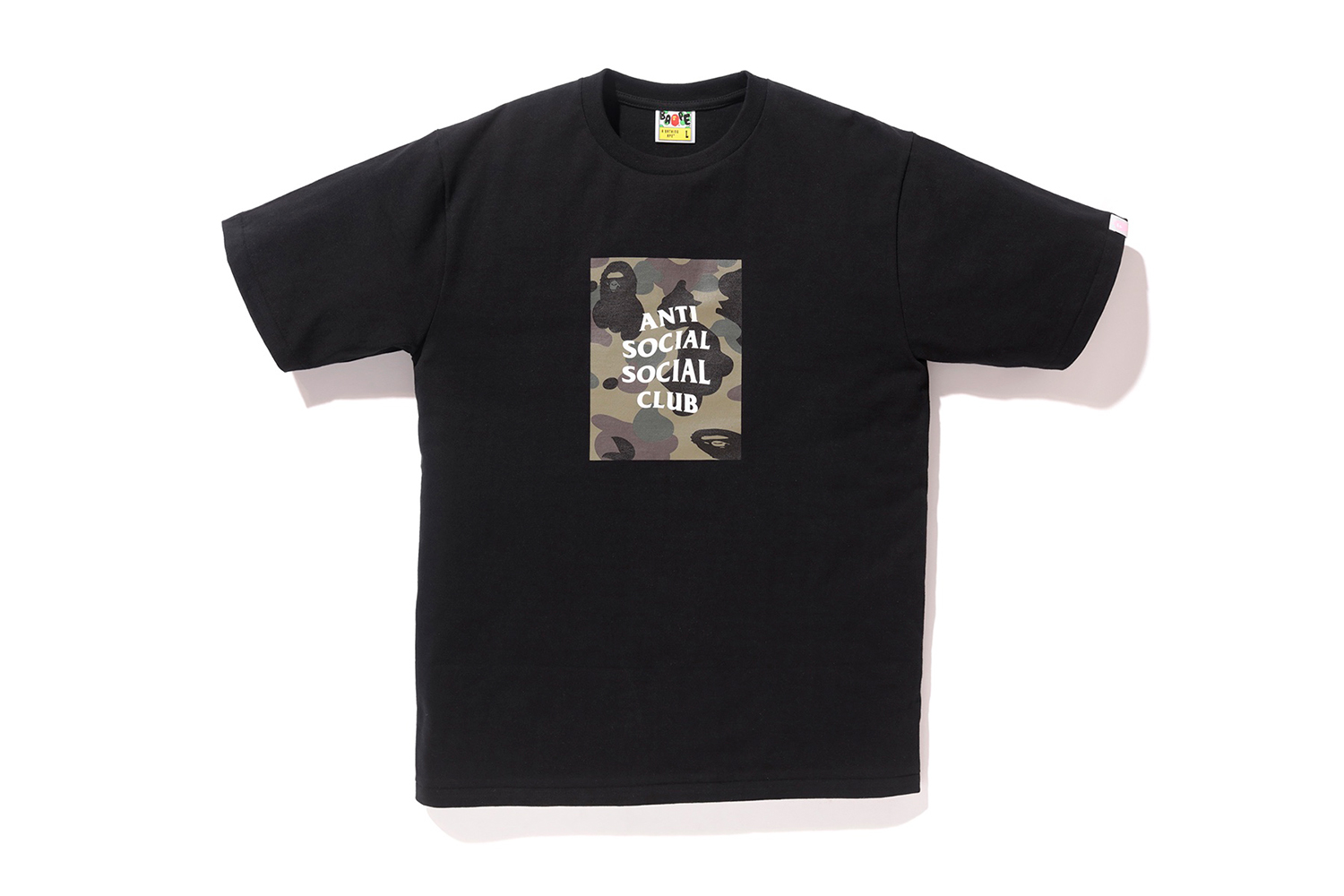 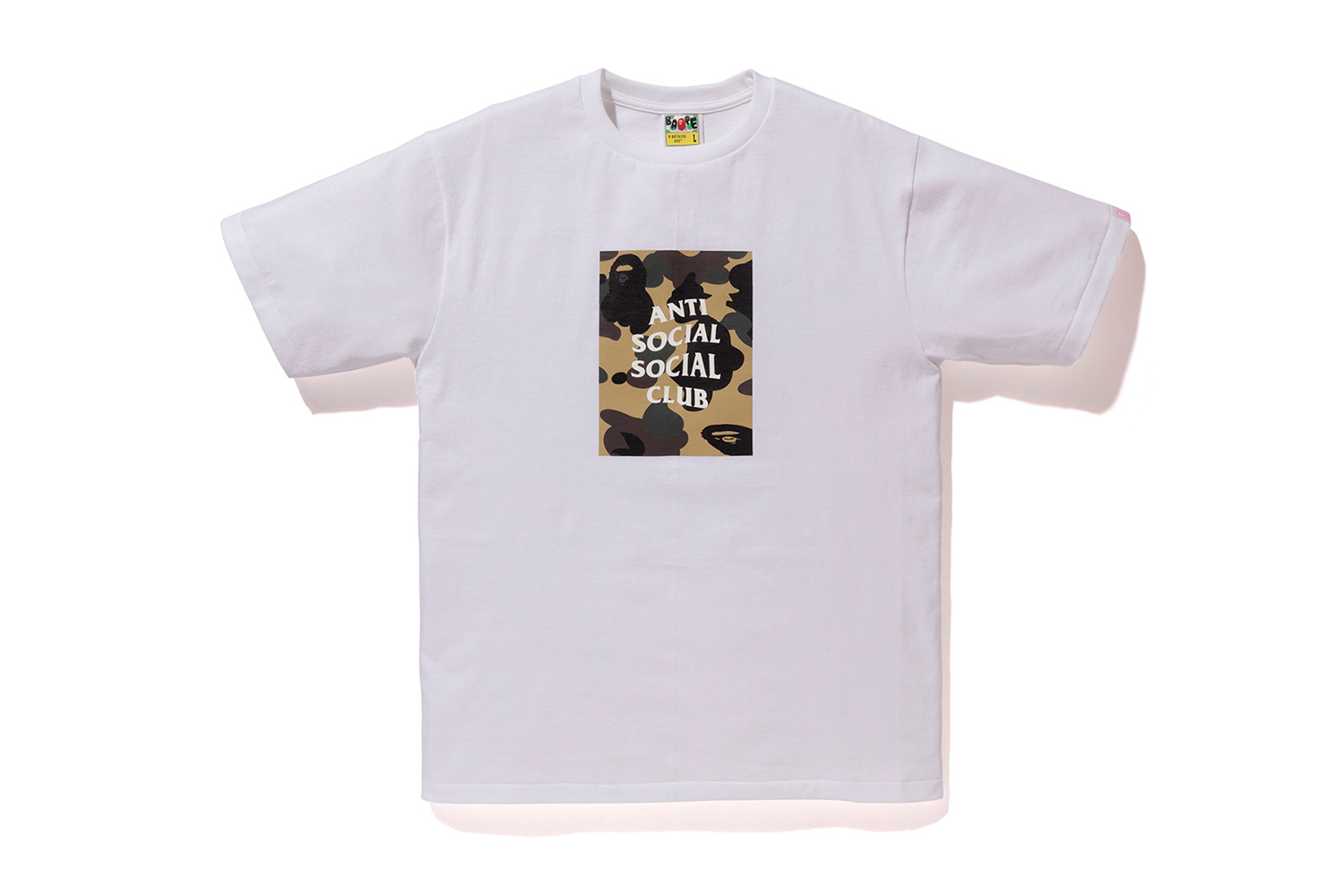 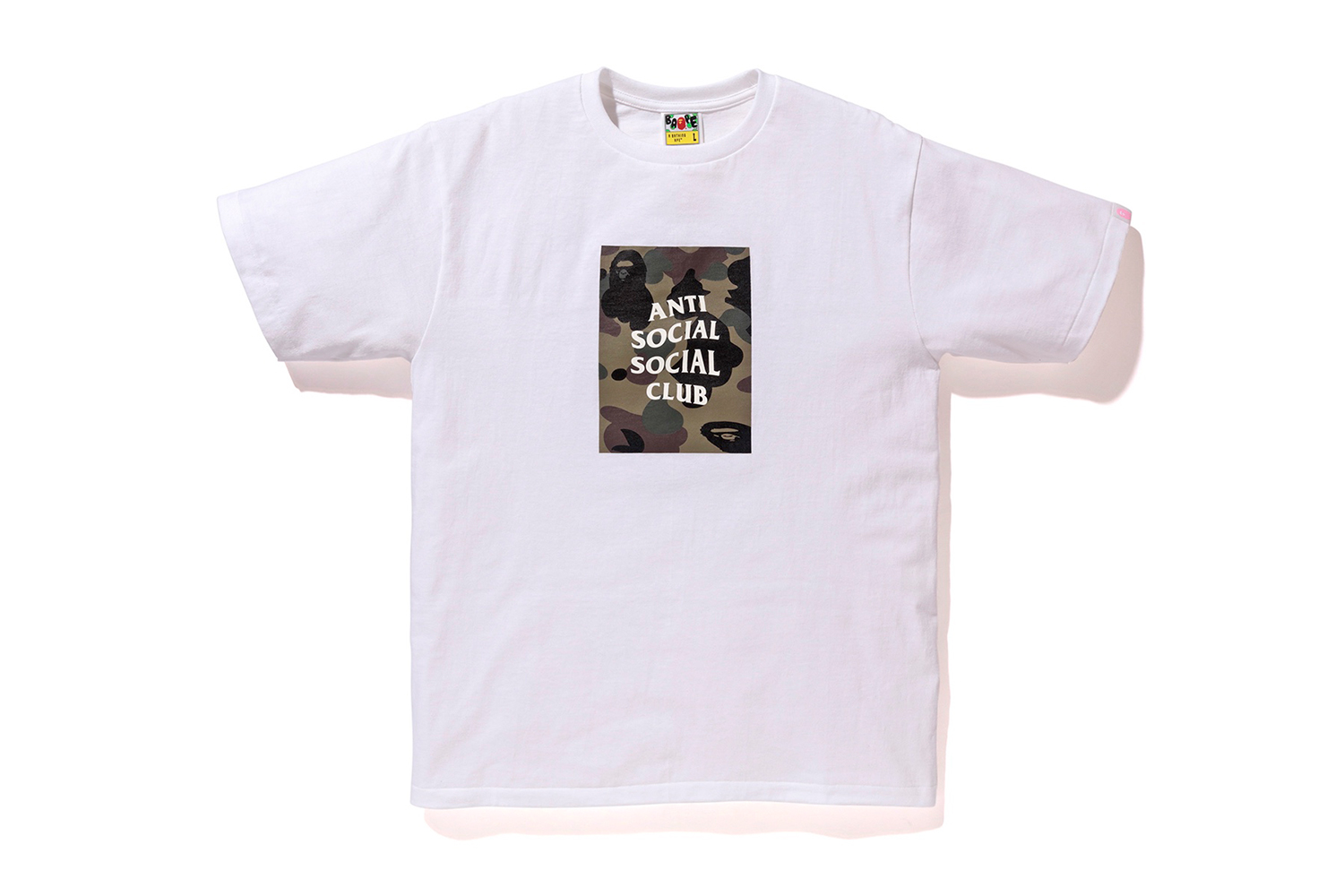 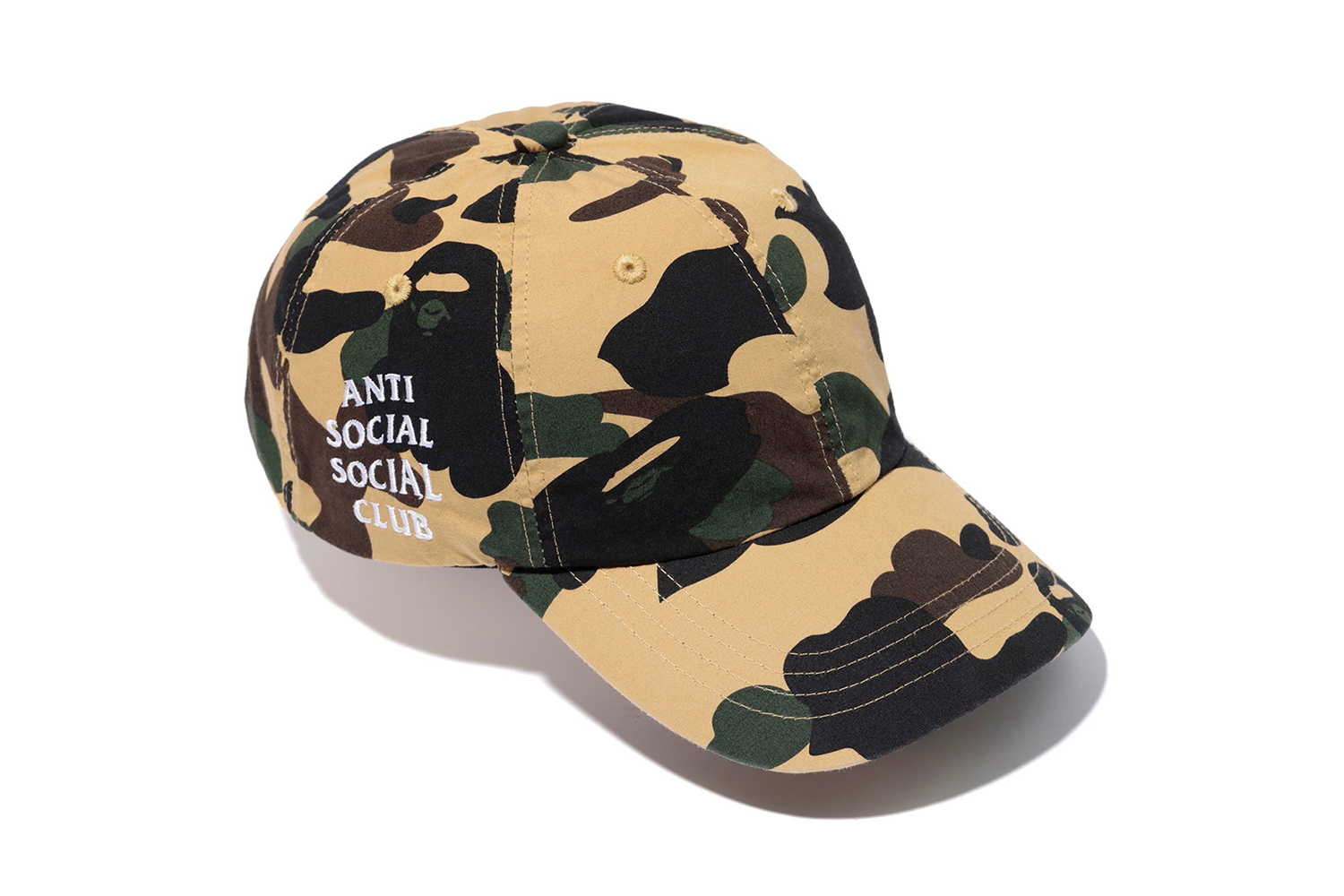 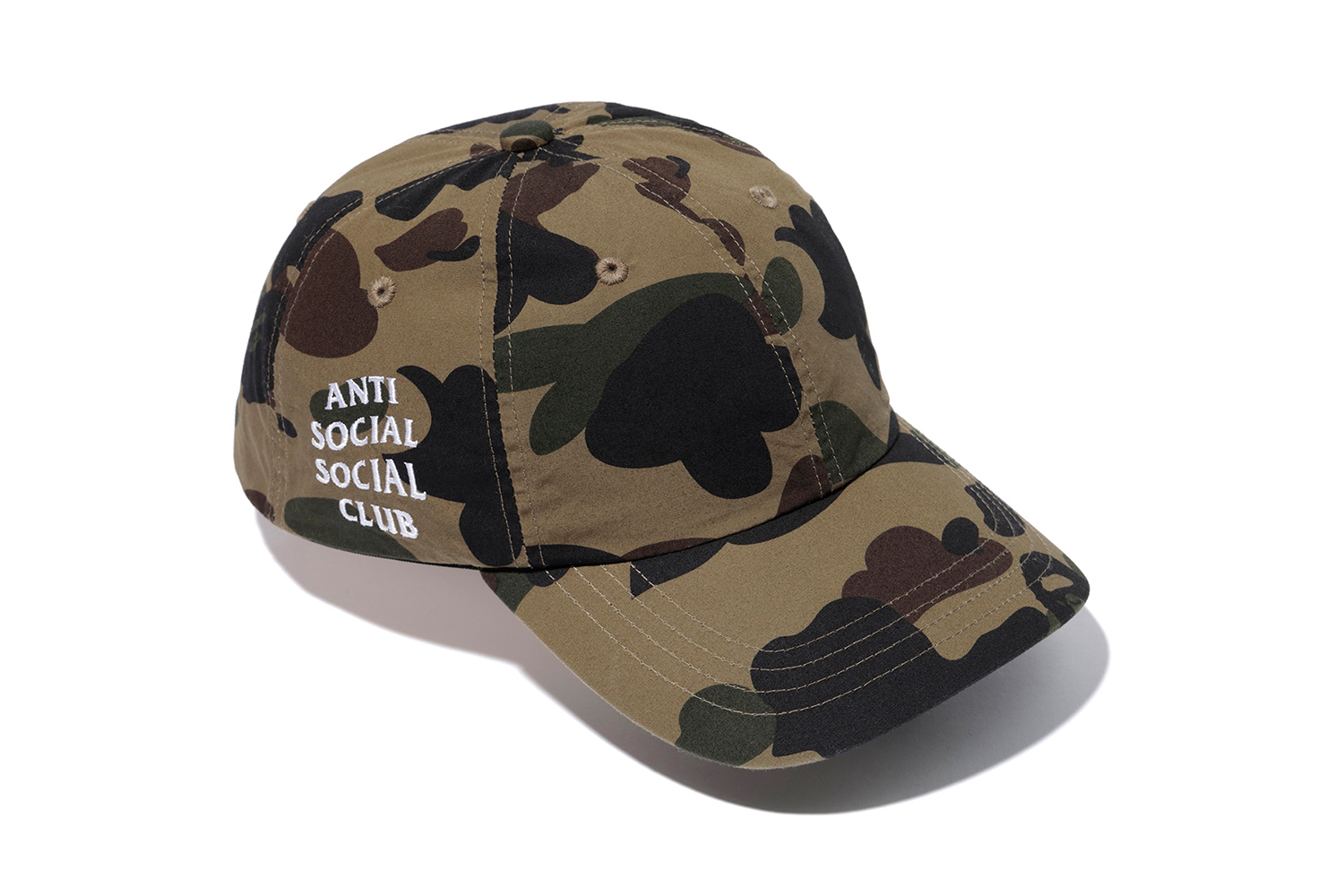 Last week Anti Social Social Club teased us with the idea of a collab between themselves and Bape through Instagram. A few days later an image appeared of Lil Yatchy preforming in a Bape Hoody which was emblazoned with the ASSC logo. We now finally get an extensive look at the collection which features both brands bred and butter designs.

The collection is comprised of two hoodys and hats which are covered in Bape Camo in the two classic colour variations. The tees which round of this collection take a more minimalist approach by only allowing a rectangular portion of the tee to carry the Camo. Each piece bares the ASSC moniker in some way or another too let everyone know this is no ordinary piece.  The collab appears to be printed on Bape blanks rather than the usual Gildan ASSC fans will be used to which will be a step up in quality for many.

This may be the Step Anti Social Social Club needs to propel it’s self into the street wear main stream as Bape is one of the most iconic brands in the culture. To cop the exclusive collection head over to Bape NYC on the 13th of May or prepare your wallets to pay the resale price which is almost certain to be astronomical.