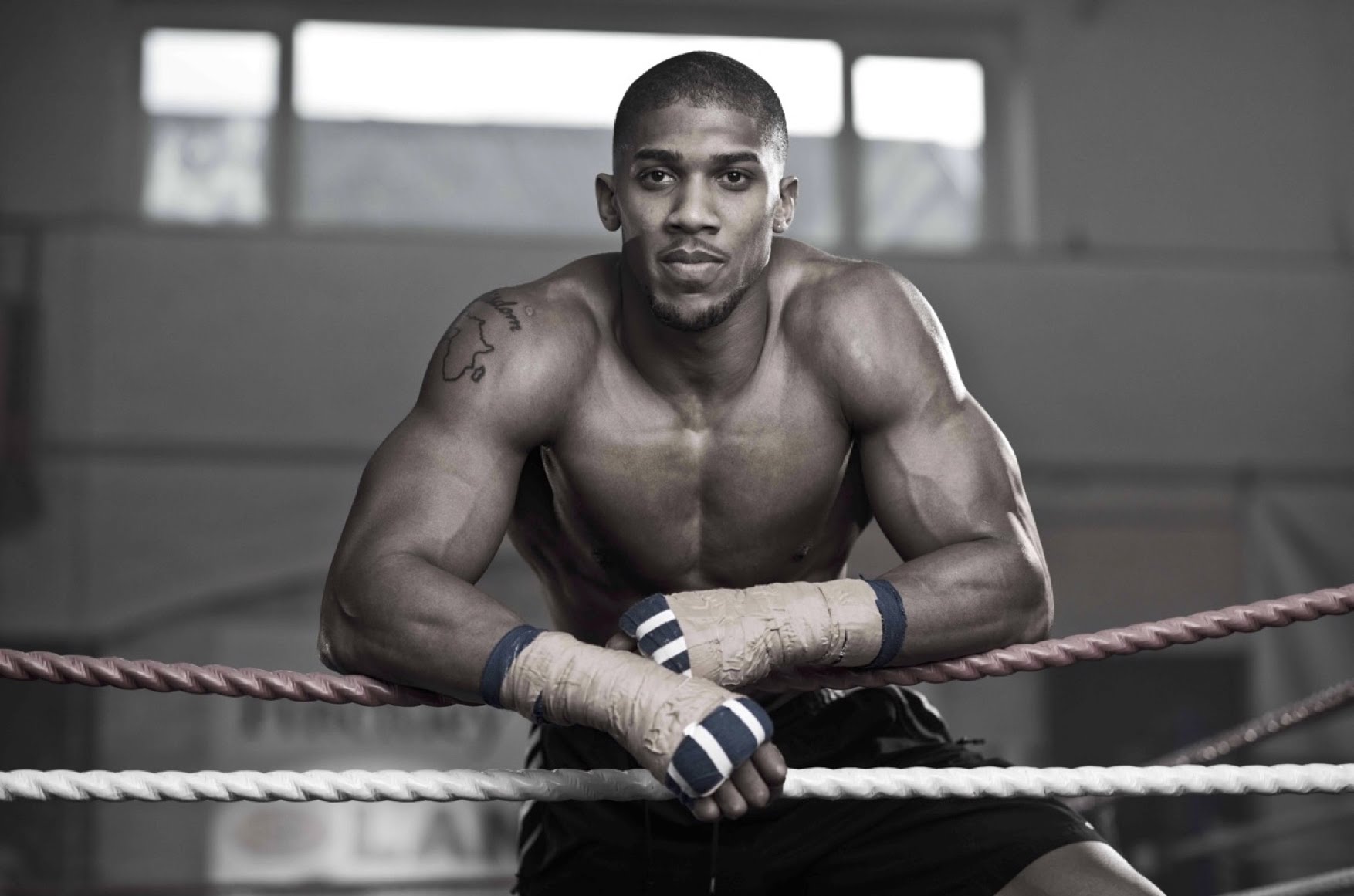 Anthony Joshua has caused controversy on Social Media over his differing views on raising his son and his niece. Twitter are at the Heavyweight Champion of the World’s neck over comments made during an interview with GQ Magazine.

The boxer from Watford told the interviewer:
“I don’t think I’m that strict with Joseph, I don’t know why. But with my niece I’m strict.

“I think it is because she is older, but also he’s a boy – he’s going to be a man’s man, he’ll want to spread his wings be a Jack-the-lad, build his character.

“But with my niece, there is none of that Jack-the-lad nonsense for her!

People have taken to Twitter to air their disapproving views over those comments and to argue that he is being sexist to suggest that his niece should be learning to be somebody’s wife at such a young age. Take a look at the comments below. 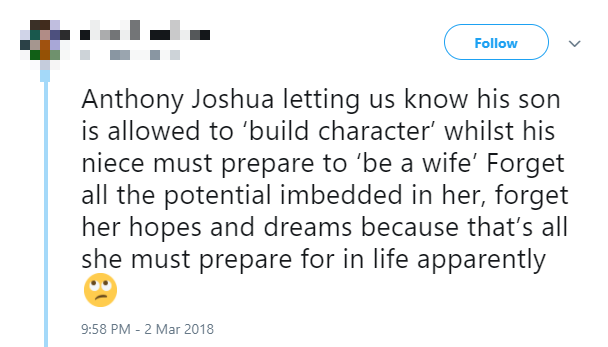 Luckily for the Heavyweight there were some people who saw nothing wrong with his comments and weren’t afraid to defend him. 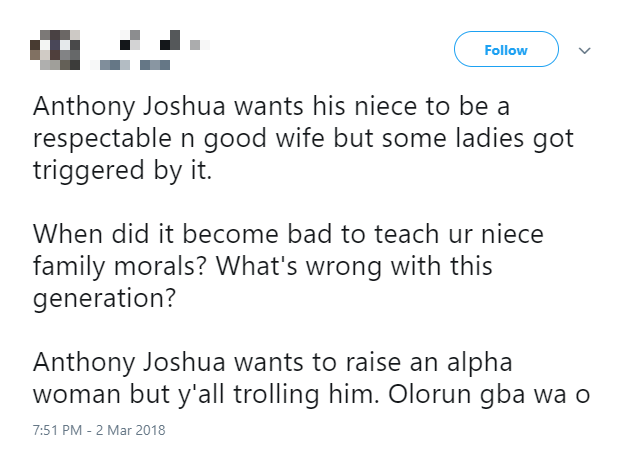 Y'all are always triggered over nothing.

Anthony Joshua aired his view & doesn't care what y'all think..

So y'all drink cold water and MIND YOUR BUSINESS!

So Anthony Joshua wants his niece to be a respectable young woman, why is that a bad thing? I'm confused!

Ladies are angry because Anthony Joshua wants his Niece to be a respectful woman in the future…what’s wrong with you lot? This generation is finished.

Anthony Joshua Has Been Awarded an OBE

Anthony Joshua Has Been Awarded an OBE