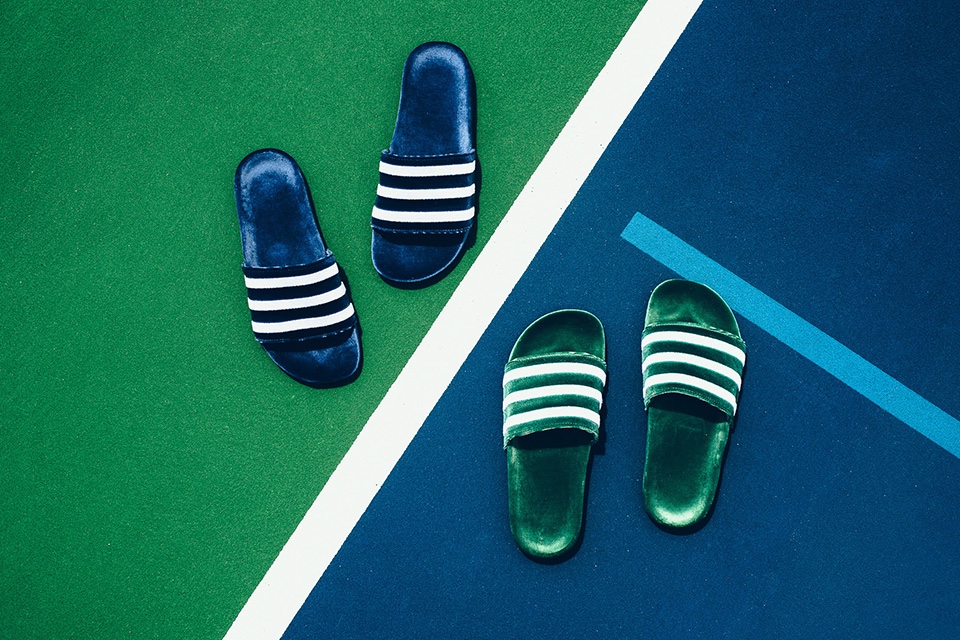 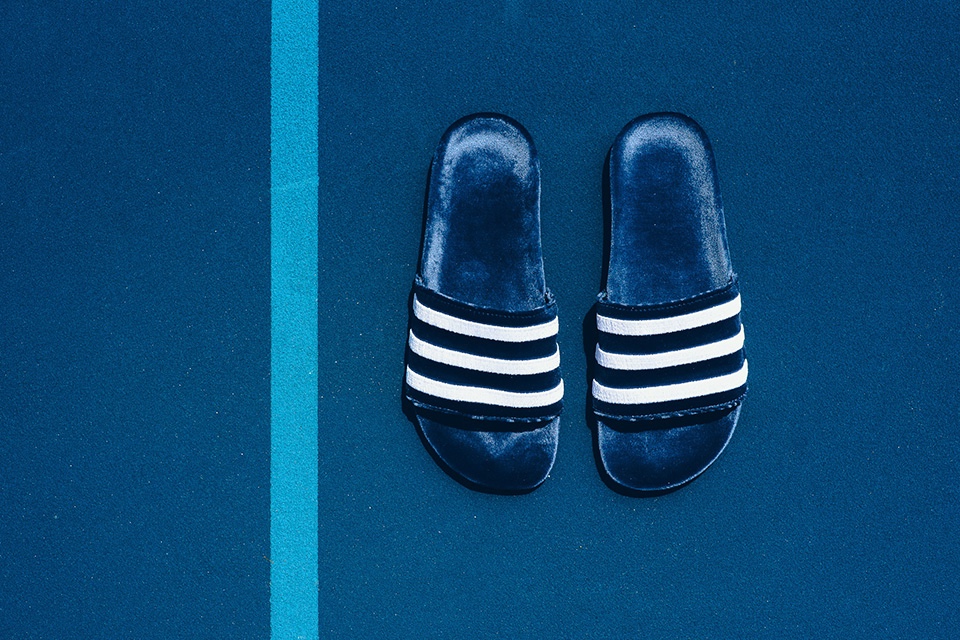 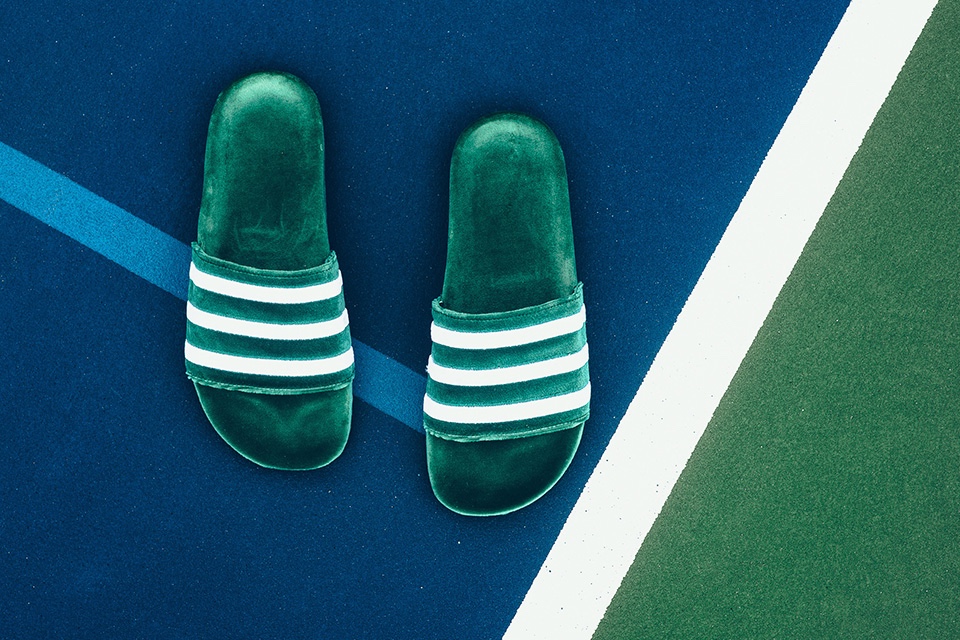 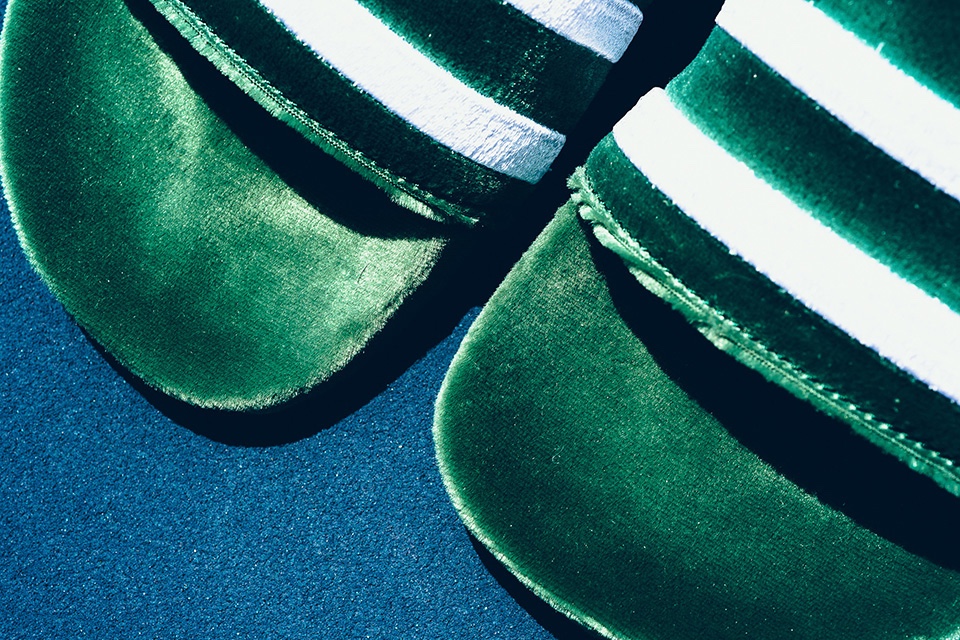 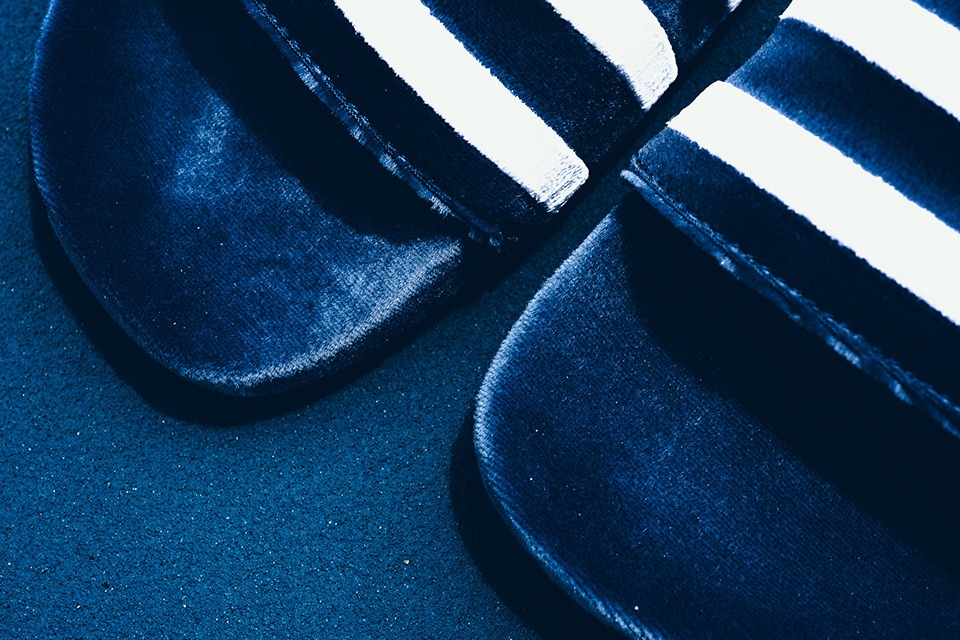 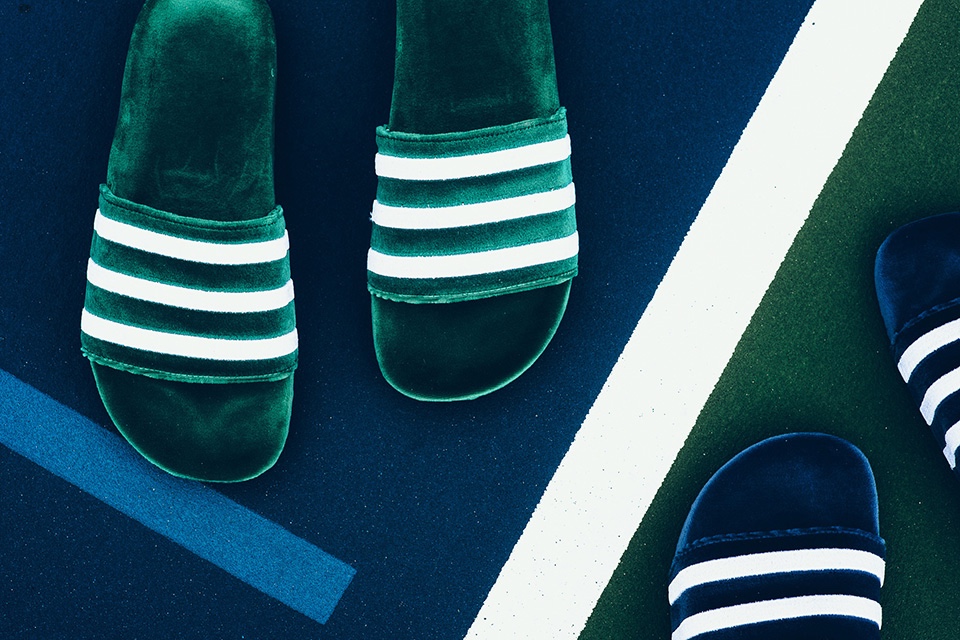 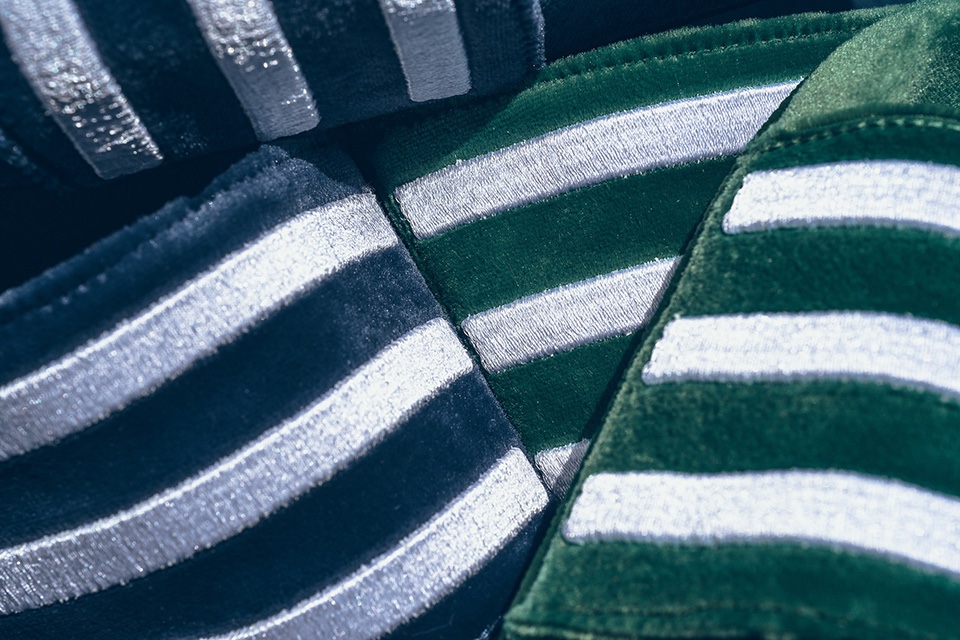 adidas has set the pace for summer 2017 once again with its velvet Adilette slides. The Adilette slides have been a staple part of three stripes pool-side footwear since 1972, with the new velvet sillhouette once again upping the slider game. As well as the velvet material, adidas also announced two brand new unseen colourways, “Collegiate Green” & “Mystery Blue”. which both follow the same white three-stripes branding across the front.

The velvet Adilettes are available now from retailers including Offspring for £49.99 GBP, roughly $65 USD, as well as at Sneaker Politics for $45 USD.