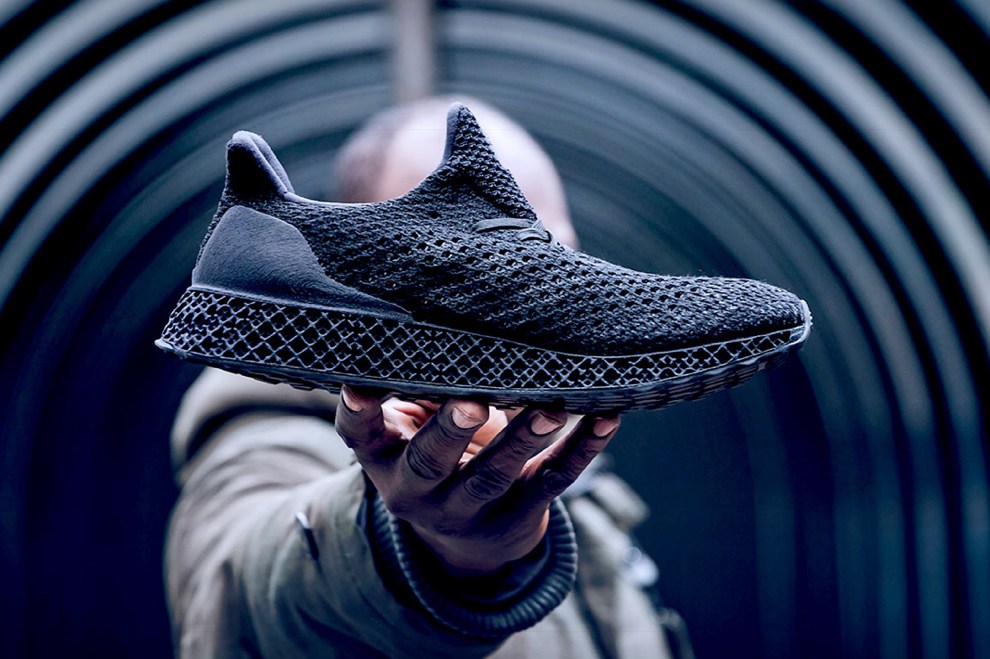 We have been teased endlessly on social media about the existence of the a futuristic 3D silhouette coming from adidas, Olympic athletes have received gifted pairs and the silhouette has been supposedly produced within the stripes very own SPEEDFACTORY. Now our fellow sneaker lovers its time for an official release!

Taking to their NYC Instagram adidas has announced the release of a triple black 3D Runner, featuring a PRIMEKNIT upper,  the controversial 3D-printed midsole and heel cup. How do we get our hands on this release we hear you scream? If you are in the US you must sign up via the adidas Confirmed App on December 12 for reservations the following day, with the roll out currently available to NYC residents only. However if like us you are in the UK you will have to wait for online release on December 15 via adidas.com.

3D /// Create your future in running with the exclusive 3D Runner. Its 3D printed web structure and black PRIMEKNIT upper. Available for purchase in limited quantities via the adidas Confirmed app tomorrow. Sign ups begin today at 10AM (NYC ONLY).