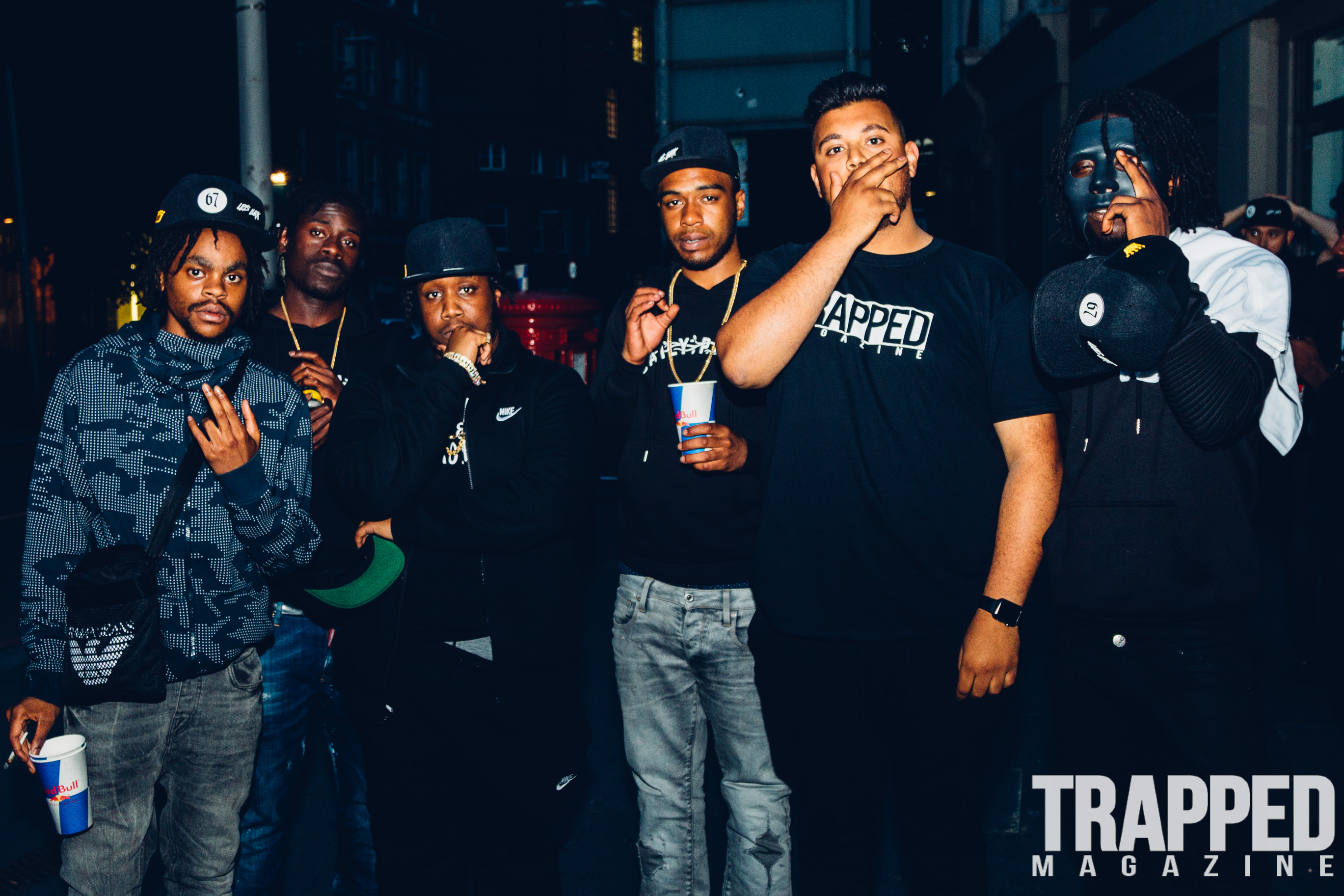 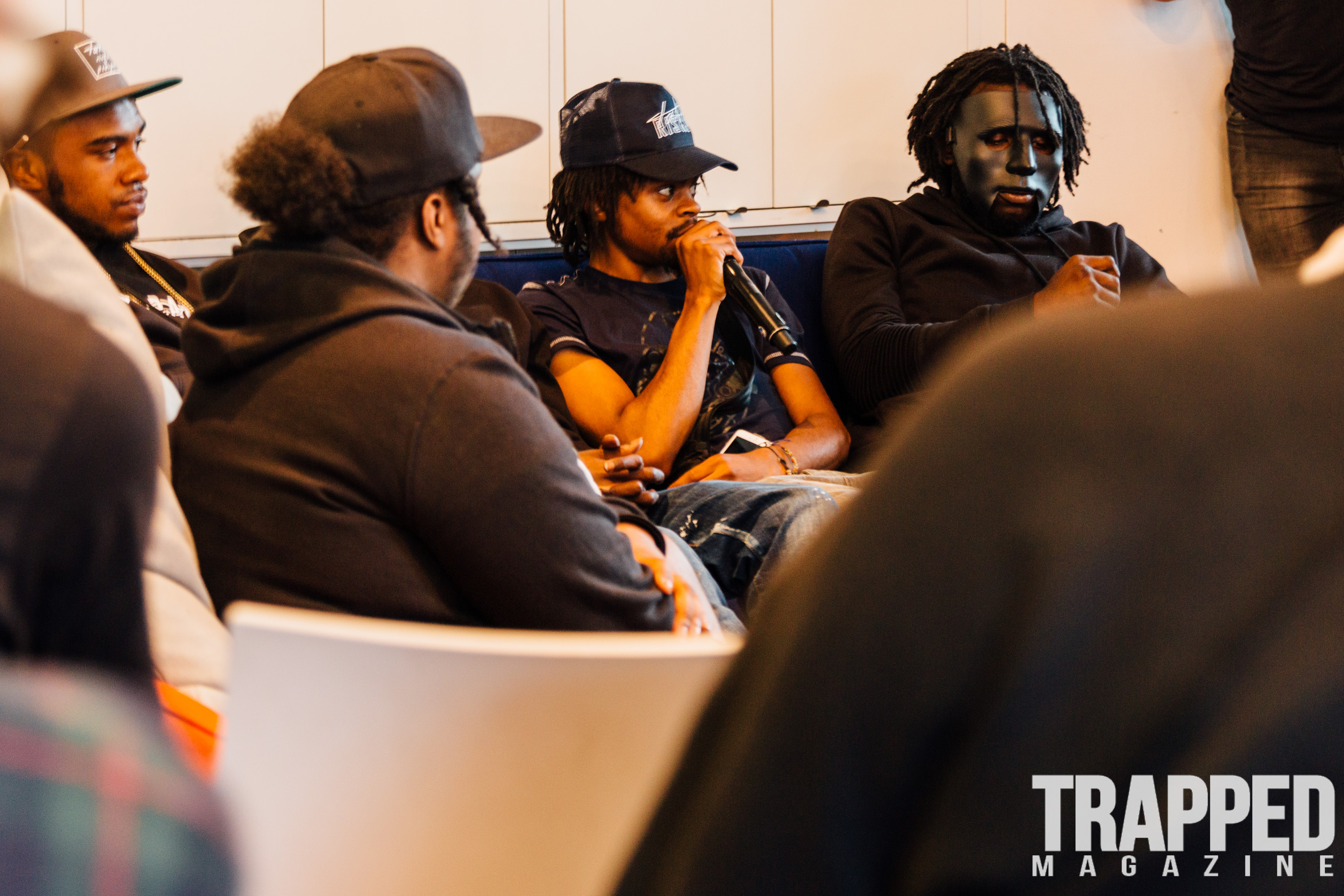 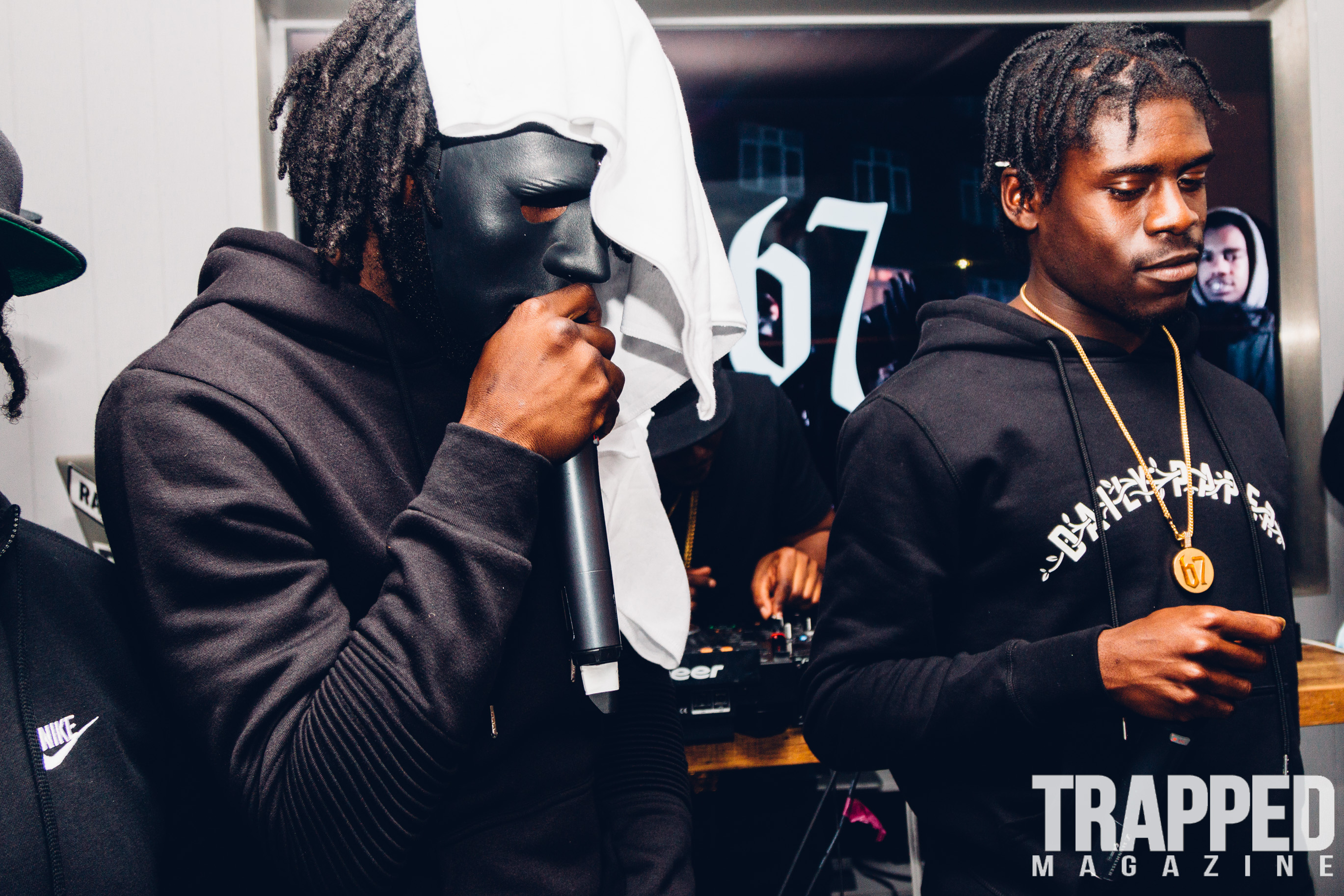 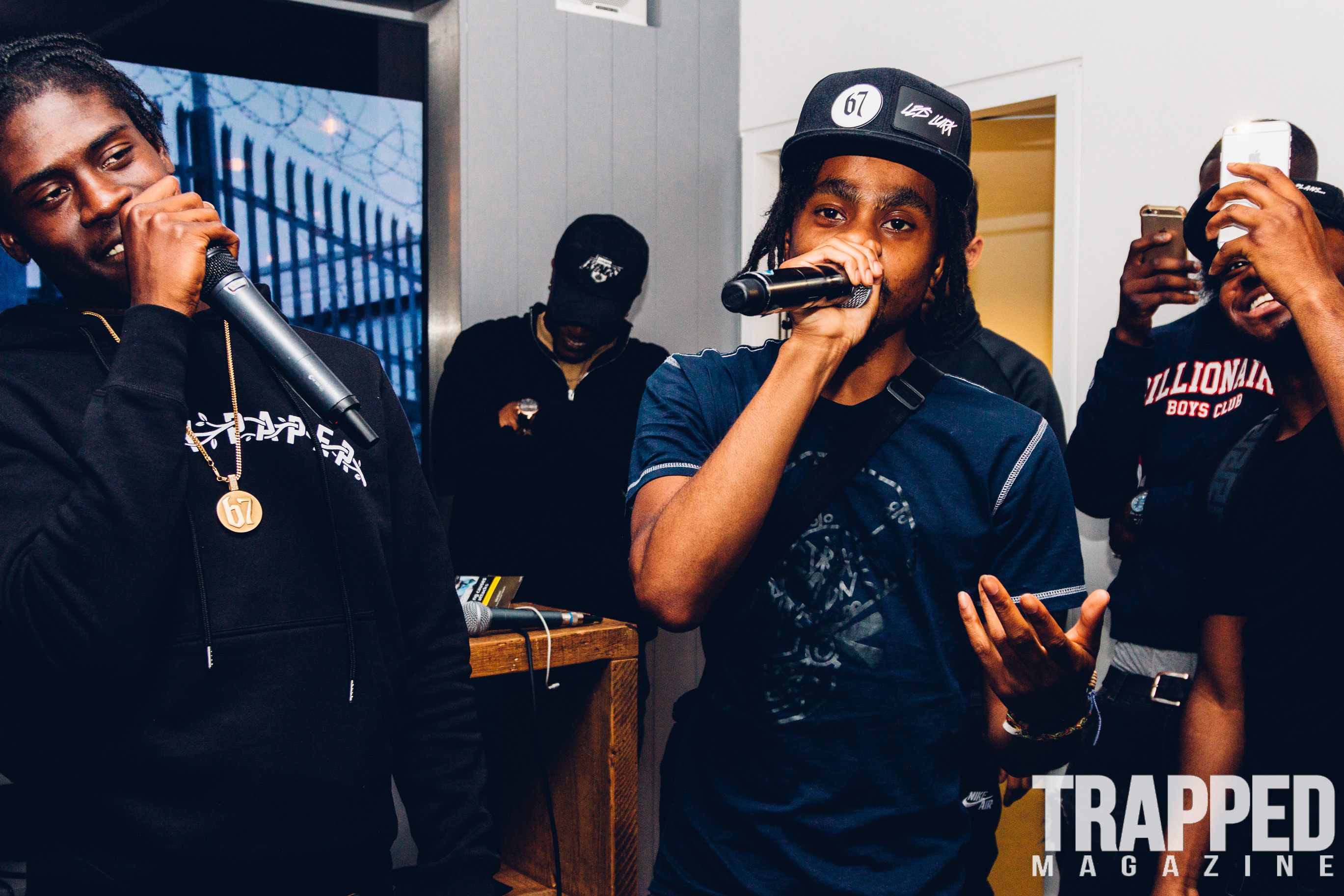 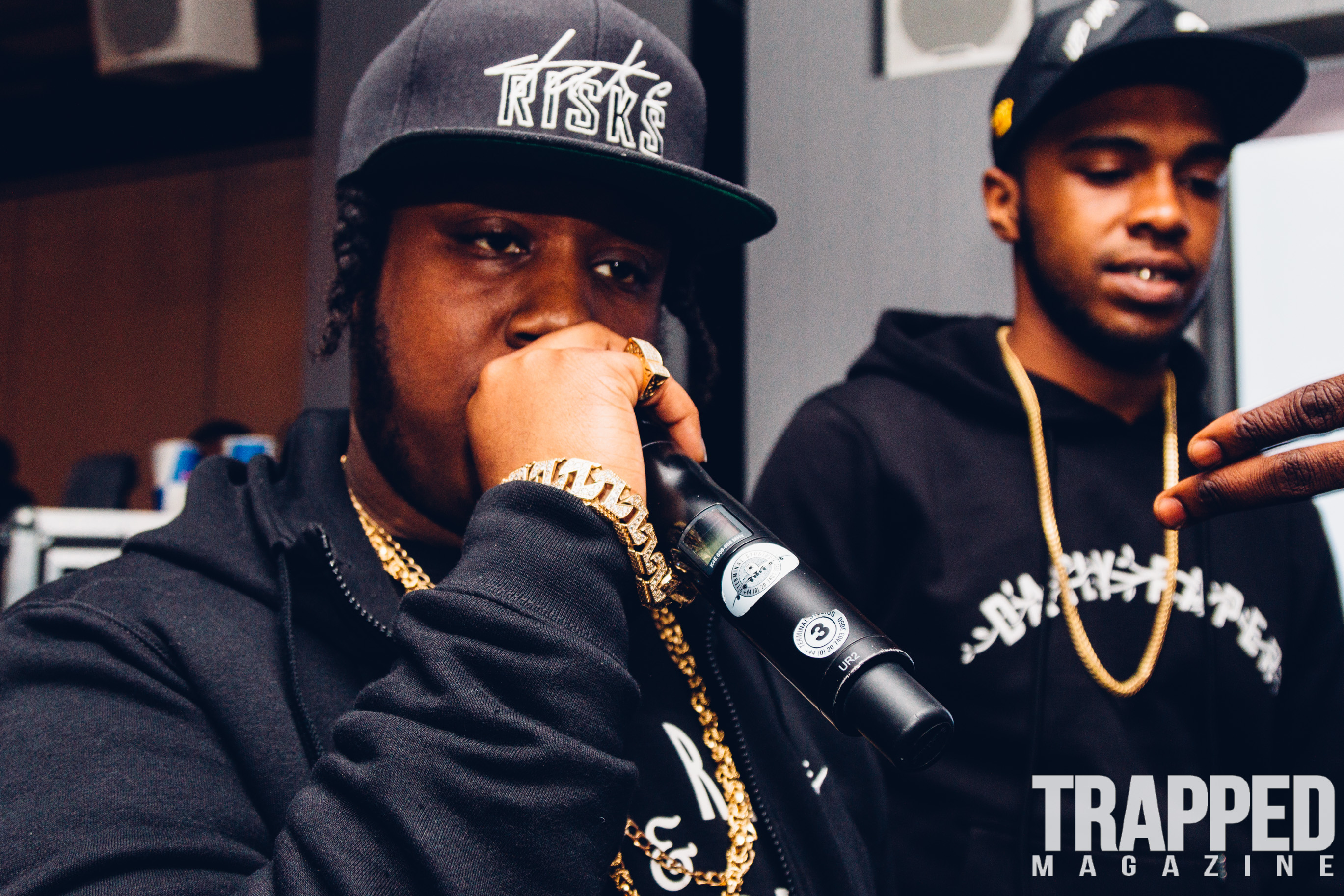 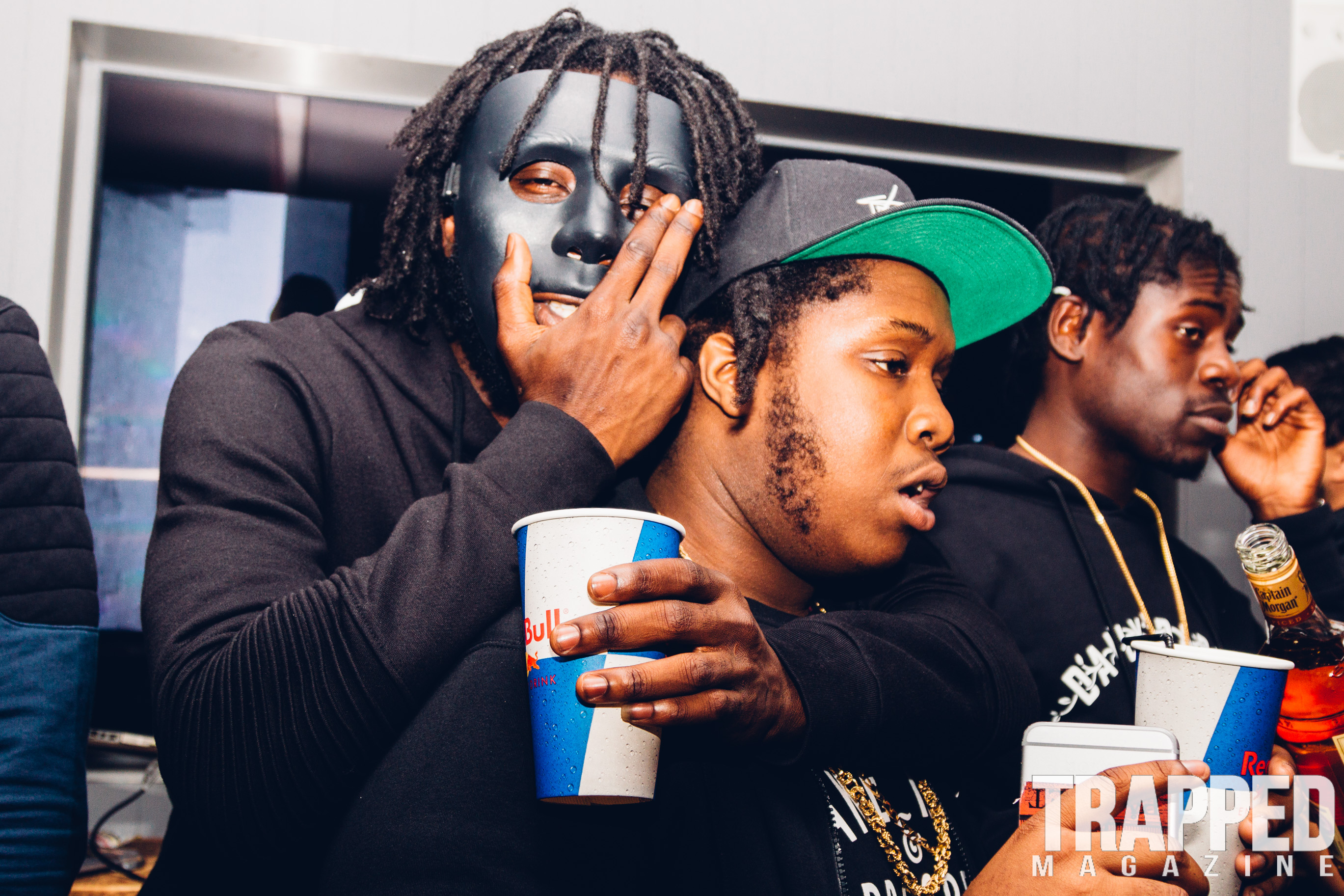 Red Bull Studios hosted the 67 Glorious Twelfth listening party & Q&A on Wednesday 12th July. Along with an exclusive playback of the new self-released ‘The Glorious Twelfth’ E.P,  the evening also featured a Q&A hosted by i-D’s Hattie Collins and a performance from 67 themselves.

Hattie Collins and 67 took us through a track-by-track listen of the EP, along with an unseen ‘Glorious Twelfth’ Official video. The interview started off fairly slow, with the group not really replying to the questions apart of LD who seemed fairly comfortable and willing to answer. You could tell 67 are fairly new to interviews and especially Q&A’s in front of an audience. Sooner than later Hattie asked a question regarding how form 696 has affected the group, LD took the mic and said “First things first, we need to get rid of Theresa May & bring in Corbyn. My mum and grandma are Labour, therefore I’m Labour”. The crew were asked one by one what music means to them and what they bring to the group, again we were back to a stalemate with one-word answers until Liquez took the mic & just shouted “I bring the sauce” which had the crowd laughing and cheering.

After a preview of the ‘Glorious Twelfth’ video, the audience was offered the chance to ask 67 their own questions. We managed to get the first question in and asked ‘ What has changed since ‘In Skengs We Trust’ to ‘Glorious Twelfth’, LD answered ” Although it was only 2015 when we dropped ‘In Skengs We Trust’ in the space of two years we have learnt a lot, from learning how the game works to learning how to market our music properly and how to work more effectively together to bring the best out of us. It didn’t happen overnight but I know that we’ve put 100% into Glorious Twelfth and we want to give something back to our loyal fans, so here it is, we hope you enjoy it”. Another question from the audience was “Who rolls the best joints” which caused an argument between 67, each member claiming to be the best. Liquez stated that he was the “sauce king and he billed the best zoots” & Monkey stating “When I bill it, you can taste the full flavours”. We were then treated to a live PA set from 67 followed by photographs outside.

The highly anticipated 10-track release boasts beats produced by Carns Hill and Splurge Boys amongst others. A step on from the underground staple ‘Lets Lurk’, ‘The Glorious Twelfth’ shows the group’s growth as they artfully and confidently navigate us through their world. Saucy’ is one of the EP’s highlights, with the Splurgeboys production offering something different that we don’t usually compare 67 to. Hattie Collins herself describes this as a track that “makes you want to grab a granny and just punch her.”

‘The Glorious Twelfth’ is the latest record from UK drill group 67 since their 2015 debut ‘In Skengs We Trust’ and is available now. Apple Music , Spotify , Google Play & 67 Official Site