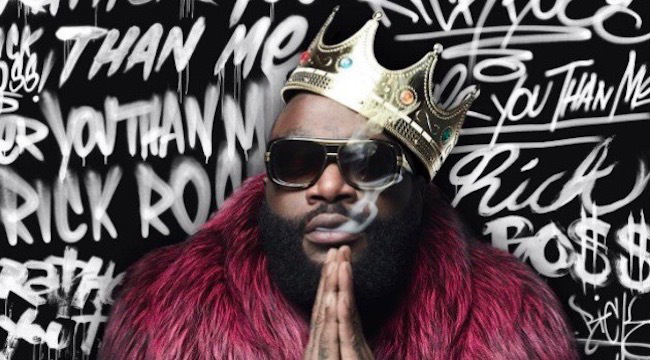 Rick Ross has officially released his ninth studio album titles ‘Rather You Than Me’.

Rozzay treated fans to previews of “I Think She Likes Me” w/ Ty Dolla Sign, “Dead Presidents” featuring Future, Jeezy and Young Gotti, “Trap Trap Trap” feat Future & Wale. The most notable lyrics on the album were “I told Meek I wouldn’t trust Nicki / Instead of beefing with your dog, you just give him some distance / We all make mistakes, let’s not be too specific” —“Apple Of My Eye”

Alongside his album Ross wrote an open letter on his website ” I owed Rather You Than Me to my supporters. Ya’ll that been rocking with me since we came out of the port of Miami”.. “I hope ya’ll feel this. Listen to the message, relate to the story, feel the pain and struggle in these lyrics—but more importantly, understand that there is a greater life on the other side of those nightmares.”

‘Rather You Than Me’ is available now on iTunes and Apple Music.